Social Media Is Sucking the Life Out of Us 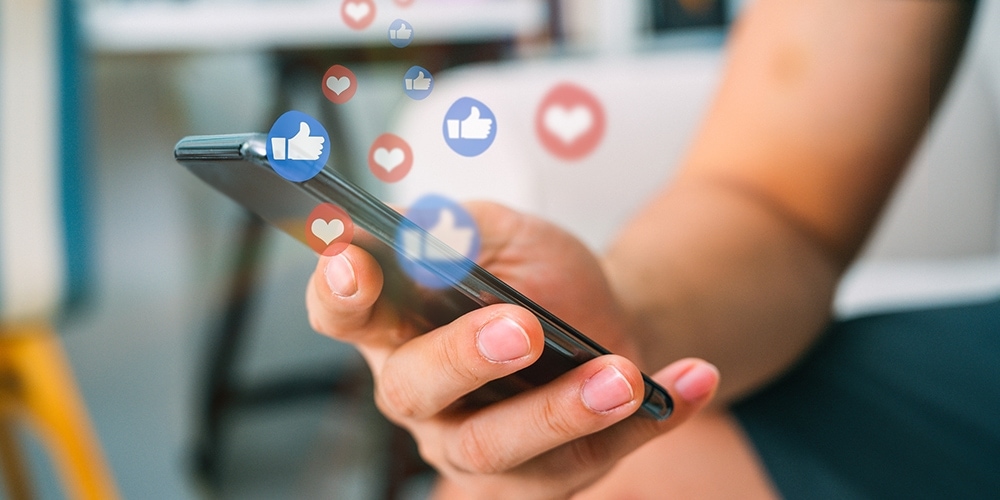 This article is adapted from a worship presentation given on August 26, 2020.—Editors.

One of the best diagnoses of present evil in the world I’ve heard recently comes from a man named Jaron Lanier.

You may not have heard of Jaron Lanier. He’s 60 years old, lives in Berkeley, California, and has been called a tech oracle, the conscience of Silicon Valley, a man who cares about the well-being of others, a computer scientist with big-hearted solutions.

It turns out there’s a lot to know about Jaron Lanier, and we don’t have time to explore that here. Suffice to say that he’s one of the best-known individuals in Silicon Valley and people have called him both brilliant and kindhearted.

Lanier has written several books about the effect of technology on human beings, including a 2010 book titled You Are Not a Gadget: A Manifesto. His latest book, which I have not read, is called Ten Arguments for Deleting Your Social Media Accounts Right Now, published in 2018.

In a recent article, the author prevailed on Jaron Lanier to make a prediction: “This year feels like a crossroads. . . . We are on the precipice of ruin or revolution or both. . . . I want someone—I want Jaron Lanier—to tell me where we’re going, and whether it’s going to be okay when we get there.”

The first thing Lanier said in reply was that he’s not trying to tell people how to live. He believes that the founding American papers, as he called them, point to the pursuit of happiness. Because it is a pursuit, he was not trying to define what that pursuit should be for anyone.

He said, “I think the number one priority is to not create perverse incentives that ruin quests for meaning or happiness or for decency or betterment.”

In other words, the highest priority in the world is to avoid creating incentives for people to ruin the chances for themselves or other people to pursue happiness, decency, and betterment in the future. So, don’t ruin the world you have now and then later wish you could get it back when it’s out of reach.

And yet that seems to be exactly what the human race is doing.

Within this convoluted sentence about perverse incentives is Lanier’s diagnosis of what social media has done to global humanity since about the year 2000. He pointed out that the major players, which he names as Google, Facebook, and Twitter, all made a conscious decision at the beginning of their enterprises that’s turning out to be a colossal mistake.

These companies’ technologies were invented during an era in the latter part of the twentieth century when the original culture around the Internet was that everything should be free, so as to extend equality as far as possible. So the conscious decision those tech entrepreneurs made for new Internet-based companies was to offer something that looks as though it’s free.

As an aside, as I was listening to and reading some of what Jaron Lanier says, I was waiting to hear him use theological terminology to talk about evil, and I have not yet heard him utter a single word that sounds like theological ideas or vocabulary. This is not a criticism. To me, his way of eloquently describing the moral dilemma facing the human race because of social media is all the more interesting for that reason. It seems to be someone describing the great controversy (the term used by Seventh-day Adventists to describe the ongoing battle between God and Satan) without knowing what the actual great controversy is.

Although I had understood some of what is behind social media, Lanier said something in a TED talk that helped me understand better what we’re dealing with. He said he doesn’t think of social media as social media. He thinks of it as a giant behavior-modification system built on a Pavlovian model of reward and punishment that’s extremely addictive. But not only is it addictive, it’s also subject to algorithms, and algorithms tend to reward whatever gets a greater human response and eliminate what gets a lesser response. You know why. The more human response you get, the more money you make.

You know what are the quickest and strongest human responses? They are all negative. They are fear and hate.

Lanier pointed out one particular loop that he finds very distressing. He pointed to the way that Black Lives Matter became so well known so quickly through social media a few years ago, and then he points to the response to it, a response that is becoming highly amplified—the spread of White supremacy and other kinds of hate. He said that social media introduces these completely opposing groups in society to each other and then ratchets up their conflict to make more profit.

While it’s true that some companies have begun to boycott Facebook for allowing the algorithms to amplify hate and undermine democracy and other detestable consequences, they have a reason, and it’s not a biblical reason. Lanier points out that those companies are boycotting Facebook because they sell products to the young people who are most angry about the hate on Facebook, and the companies don’t want to lose sales. It’s not a moral decision but self-protection. This is the way of the world.

So, the article author eventually asked Lanier, What about the future? Is the future going to be OK?

As we know, no human being can look into the future. No tech oracle is going to chart the course for humanity.

Jaron Lanier characterized social media as a behavior-modification system, but I see it as a classic human-heart-modification system. It reminds me of the way some societies back in the twentieth century heard an amplified message of hate, and most of the people allowed it to enter their heart and define their response. You know what I’m talking about.

I do see some danger for Christ followers. The technologies have pretty well swallowed up the culture, and our use of them and our immersion in them means not only that we come into close proximity with some of the worst influences, but we also may become so immersed that we become degraded by the technology without knowing it’s happening. Lanier said he thinks social media is worse than cigarettes, because cigarettes kill you but they don’t degrade you as a human being while they’re doing it.

So, to me, the reality of the cross of Jesus and, especially now, the presence of the Holy Spirit within us and around us becomes ever more important.

A little earlier the apostle says, “We preach Christ crucified, a stumbling block to the Jews and foolishness to the Gentiles. Yet to those who are called, both Jews and Greeks, Christ is God’s power and God’s wisdom” (verses 23, 24, HCSB).

I confess that I’ve had some days when the culture around me is a big distraction. It can assert its pow
er. This is all about power. What or who has the power to modify our hearts? Jesus has the power to do it from inside our heads. He just needs the mental and emotional space we give Him to do that. If the space is full of today’s present evil, He will need our permission to sweep it out.

The only behavior-modification system more powerful than social media is Jesus speaking through the Holy Spirit directly into our minds to change us. That’s what I wish for you and me today.

Tim Lale is a freelance writer in Burtonsville, Maryland, United States, who quit Facebook in 2017 after 10 sad years but hasn’t escaped Twitter.