She Asked God for More Work 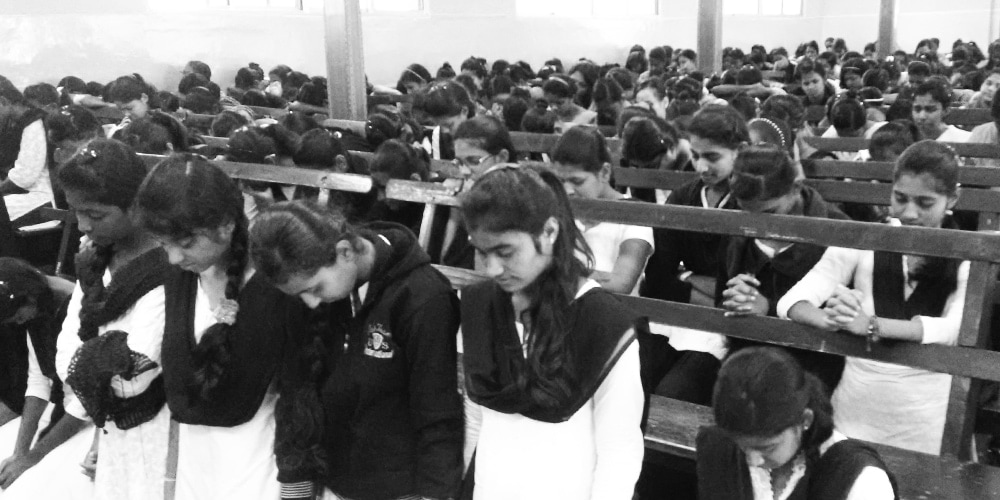 Lena Caesar, a successful professional woman, thought she wasn’t doing enough for God. Specifically, she had come to believe that she could, and should be more actively engaged in team ministry with her husband, Lael Caesar, an associate editor of Adventist Review and Adventist World magazines. What surprised her was the promptness of God’s answer, and the overwhelming joy she experienced as she carried out His assignment. When administrators of 100 year-old Lowry Adventist College in Bangalore, India, learned that she would be accompanying her husband who had accepted a ministry invitation on their campus they promptly invited her to do a series of her own for the school’s 10-15 year-olds. Yes, she had once done something similar, but that was almost 35 years ago. Would she be able to do it again? But then she had to concede that given her request for more work, it would be rather awkward to tell God “no.” So, with fear and trembling she acquiesced.

Yes, she had once done something similar, but that was almost 35 years ago. Would she be able to do it again? But then she had to concede that given her request for more work, it would be rather awkward to tell God “no.” So, with fear and trembling she acquiesced.

In multiple ways her week turned out to be more than she counted on when she said “yes.” There was more audience, more assignments, and overwhelmingly, more joy. Each morning at 11:00 she spoke to 600 juniors she found utterly adorable, on the theme “Making Sense of the Senses.” Looking out from the platform on the first day she thought they looked like an ocean of cute little heads. Through the week they hailed her as she crossed the campus, ran after her sometimes, and even picked wild flowers to present her as gifts. At the end, when she confessed how sorry she was that she could not take them all back home in her suitcase, they came up with a substitute: a gigantic card on which as many as possible wrote their names. She made sure she found a way to pack and not bend her love gift from Lowry’s juniors.

Through the week the Lord gave her the energy He knew she needed to conduct counseling sessions with Lael, sharing particularly with female students. And the final Sabbath was most hectic of all: in the morning, she preached for children’s church; at noon, after divine service she spoke to the college’s Women’s Ministries group; and she was the featured speaker at the Adventist Youth society 4:30 pm meeting.

Lael also enjoyed a number of precious ministry opportunities. Before the Lowry College week of prayer he spoke to kids at Sunshine Home, an orphanage founded by Dorothy Eaton Watts in 1979, now administered by the South Central India Union; partially funded by the Helping Hand Welfare Society (HHWS), and partially by its own on-campus Sunshine School, attended by 1500 students from kindergarten to 10th grade.

At Lowry, named after its founder, missionary and church administrator G. G. Lowry, Lael met with several deaf students who attended every meeting of his morning series, themed “From Glory to Glory,” along with their teacher-translator, Mr. Panicker. About two-thirds of the 600 boarders and day students, grades senior high through university, who attended the meetings, were Hindu or Muslim adherents. Morning sessions were followed by an hour and a half of individual counseling with the many students seeking advice on a range of questions from future career paths to spiritual direction. Evening lectures, to a mostly Adventist audience of about 350, comprising hostel students, school faculty and staff, addressed the theme “From Pain to More Than Nirvana.”

There is still much room in the harvest for laborers willing to reap.

Lena will remember Lowry Adventist College as the place where God showed her just how anxious He is to bless His children with the privilege of service for His cause. There is still much room in the harvest for laborers willing to reap. She and Lael will also remember the exceptional hospitality of college faculty and staff, the enthusiasm of Lena’s juniors, and the sixty-two courageous students who explicitly indicated their desire to become baptized members of the Seventh-day Adventist Church, and will surely benefit from continued prayers on their behalf.