Mudende Then and Now – Part I 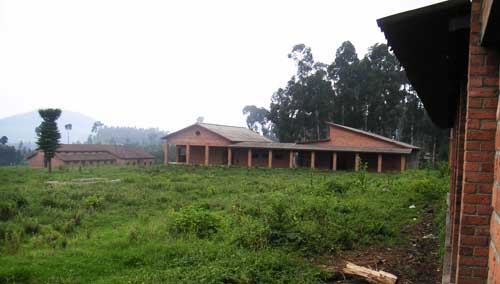 Mudende,
as the campus of the Adventist University of Central Africa (AUCA) was
affectionately called, was the pride of the church in the region. It was located
on a gentle slope of the Virunga Mountain range, just off the road coming up from
Ruhengeri at the point where it turns left to descend toward Gisenyi. AUCA was
home to 300 students plus staff, including an important contingent of
missionaries from America, Canada, and Europe. Founded in 1978, AUCA was the
expression of the commitment the church made toward educating young people from
the francophone countries of Africa. Its temperature was always cool; and frequent
rainfalls combined with a rich volcanic soil made it ideal for growing abundant
crops of potatoes, cabbage, carrots, and onions. Ten years after the genocide—and
in spite of the dilapidated buildings—its beauty was not entirely gone. The
buildings, some of them shorn of their roofs, had been built with excellent
material, meant to last.

During
the last few days of March 2004, Mutuku Mutinga, Kenyan-born vice president of
the East-Central Africa Division; Jozsef Szilvasi, then vice chancellor of AUCA
and a native of Hungary; Abel Sebahashyi, director of university development a
native of Rwanda; and I were inspecting the campus. We were examining its
buildings, taking approximate measurements of their size, and making notes of
their condition. We were part of a commission the division had set up to develop
recommendations regarding the future of the university. Division leaders were
hoping to sell the property and what was left of its infrastructure to the
government of Rwanda. It was obvious that reopening the school did not make
much sense; the campus had witnessed numerous massacres, not just in 1994 but
also in 1996. Three hundred refugees who had been sent there by the United
Nations High Commission for Refugees (UNHCR) had been killed by Hutu militias invading
from nearby Congo.
[1] It
seemed impossible to guarantee its security. Even before the genocide the
university had to close multiple times because of a lack of security. Besides,
it was too far from the capital, from where we expected the bulk of the future
students to come. So, after making our rough calculations, we considered that
we would be fortunate if we were to get $1.8 million for the property, a
fraction of what the church had invested. Even so, we recommended to the division
committee that we leave the past behind and build a new future just outside of
Kigali.
[2]
After multiple negotiations with the Ministry of Infrastructures, the Ministry
of Education, and the Ministry of Defense (Mudende was considered to be a
strategic location for the armed forces), we were able to settle for nearly
$1.2 million and begin laying the foundations for the new campus on Masoro
Hill, just across from the Kigali International Airport.

Today,
the university is once again the pride of the church in the entire region.
Sebahashyi, director of development a decade ago, is now AUCA’s vice chancellor
(rector). Instead of the 300 students it used to have, the university now boasts
an enrollment of 3,200. Reflecting on the past 20 years, Sebahashyi says: “I
have gained so much experience, first of all spiritually. I have understood
that God is the same yesterday, today, and forever. The miracles He used to do
at the time of Moses and of Jesus, He performs them today just the same.
Unfortunately, most of the time we don’t have eyes to see them. What the
university was before, and what we have today—it is a true miracle.”

After a
recent visit to the new campus, Shawna Vyhmeister, a faculty member of AUCA in
the early 1990s, wrote: “Mudende was never about the buildings—it was the
people. Sure, the location was beautiful, and the buildings were our homes—but
if you take all that away, you still have the Mudende spirit in people’s
hearts. Shadows of the former Mudende are everywhere. The president was a
colleague when we were there. The maintenance and woodshop people have kept
their employment—and their machines! The pianos have moved to the new campus; they’ve
been tuned recently and someone is teaching students how to play. Former
students are now the faculty; former library books still line the shelves. . .
. Though classes are now taught in English on a different mountain, in a
different part of the country, in a different era, the spirit of Mudende lives
on. Mudende is alive and well!” 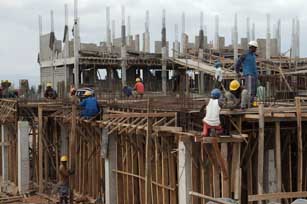