Hernández, who also serves as faculty affiliate and director at the Project for the Study of Latino Religion in the Center for the Study of Religion and Society at the University of Notre Dame, will begin work at Louisville Institute on June 1, 2023.

“Dr. Hernández has a distinguished leadership profile in the worlds of faith, philanthropy, and higher education,” seminary president Alton B. Pollard III said. “As the executive director of the Louisville Institute, he brings a genuine understanding of issues before the church and academy, and a just engagement with the communities and constituencies they serve. The institutes’s impactful witness of promoting scholarship that contributes to the flourishing of the church continues.”

Funded by the Lilly Endowment since 1990, the institute’s mission is to bridge church and academy through awarding grants and fellowships to those who lead and study North American religious institutions, practices, and movements, thereby promoting scholarship that strengthens church, academy, and society, and ultimately contribute to the flourishing of the church. The institute advances this work through funding diverse research that addresses the changing and diverse global, multicultural, generational, intersectional, and emerging currents facing North American Christianity, as well as related global connections and implications. In addition, the institute's Vocation of the Theological Educator initiative seeks to nurture a new generation of scholars who are considering theological education as a vocation through intentional, focused, professional formation and teaching.

“The Louisville Institute has long played a critical role in supporting research and writing that explores both emerging edges of vitality and hard challenges facing Christian communities today,” Christopher L. Coble, Lilly Endowment’s vice president for religion, said. “Dr. Hernández is an experienced leader and an accomplished scholar. He is exceptionally well prepared to guide the institute as it carries forward its mission.”

“The health and vitality of communities, neighborhoods, and families are closely connected to the strength of religious institutions. There is no more important task than to better understand the depth and scope of religious life in America in all of its diversity and expressions,” Hernández said. “I am excited to join the team at the Louisville Institute and be part of the longstanding and prestigious legacy of advancing the careers of the next generation of leaders and scholars united to advance the flourishing mission of American Christianity.”

Hernández earned a PhD and an MA in sociology from the University of Notre Dame, an MDiv from the Seventh-day Adventist Theological Seminary at Andrews University, and a BA in Theology with Educational Emphasis from Loma Linda University. He’s been president of AdventHealth University since January 2018. 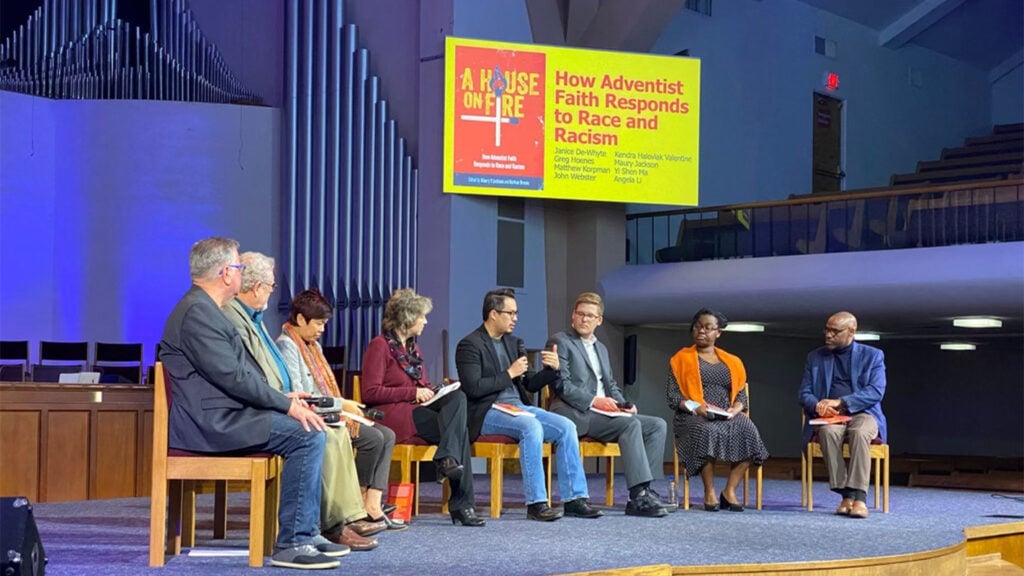