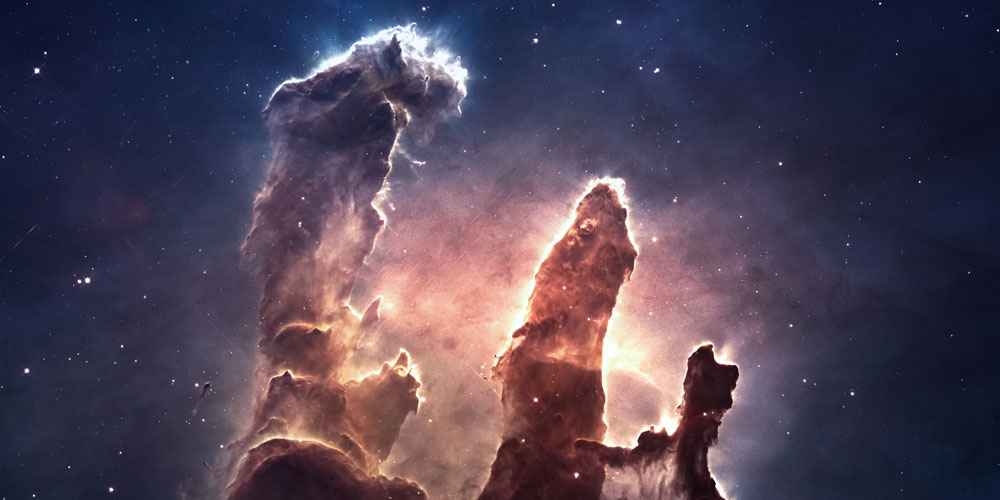 Biblical scholars assert that the Genesis creation account was depicted in language that refuted the prevailing mythology of Moses’ time. Genesis 1:16, for instance, referred to the sun and the moon, not by their Hebrew terms, shemesh and yareach, but as “the greater light” and “the lesser light” in order to show that they were natural objects only, and not the sun and moon gods shemesh and yareach.

However (and with insincere apologies to open theists), I believe that the Lord foresaw human free will choices so far in advance that He inspired the Genesis account to refute not just Ancient Near East creation myths, but contemporary myths as well, such as evolution. (Yes, myths can arise out of labs as well from around campfires). The way Genesis 1-2 is written, the model of origins it presents, refutes evolution more directly than it does pagan creation stories. I’m not saying that Moses wrote the chapters to refute evolution, only that the chapters he wrote do, indeed, refute it.

As rendered today, evolution is a naturalistic and materialist process only. Life began, explains one biologist, about 3.5 billion years ago in “an ancient scorched earth” through “a series of physical and chemical processes that were completely in accord with natural laws.” That is, the same laws of chemistry and physics that function today created life billions of years ago, even if those same laws don’t do anything like that now (even with nudging, prodding and pushing from us).

In contrast, Genesis 1:1 onward teaches that life arose through means transcending the laws of nature. Most every verse in the Genesis account of origins, from the creation of light to the creation of Eve, was a supernatural act, using (perhaps) some natural laws but, qualitatively, superseding them. God speaks life into existence (Gen. 1: 11, 20, 24)? Nothing theorized, or hypothesized approaches it.

With the evolutionary model of origins we’re supposed to believe that just two unplanned processes, “random mutation” and “natural selection”—though not creating life (the laws of physics and chemistry, we have been assured, took care of that)—explain all of life’s complexity, wonder, and diversity. Given enough time, everything, from the cell wall to the human hypothalamus, all had to arise, and certainly with no forethought or intention, either.

Be coldly rational here. The astonishingly complicated and beautiful functionality of the natural world, such as in a butterfly, which so obviously looks designed, is really not designed but, according to science, just appears that way. What are you going to believe: your eyes, Scripture, and crass common sense, or science, which (still arguing over the benefits/detriments of saturated fat) bases its decretals about the illusion of design on speculation regarding proposed realities that, unlike saturated fats, are millions, or even billions, of years out of reach?

Central to current scientific tradition is the myth of the common ancestor, which rests on the unproven assumption that about 3.5 billion years ago, in one place, in one moment, a single life form spontaneously generated from non-life, and from this one new life all other life—from pterodactyls to human beings—emerged.

Again, one could be excused for thinking that the Lord, foreseeing the rise of evolutionary mythology, inspired the writing of Genesis to specifically refute it. Otherwise, what a coincidence that, 3,500 years ago Moses’s depiction of origins would so accurately debunk science’s.

Evolution, of course, cannot work without millions, even billions of years as the background in which the process unfolds. Given enough time, anything can happen, including the gradual creation of rational, self-conscious beings such as Homo sapiens. That’s the idea, anyway. Time, deep time, all but plays the role of demiurge in evolutionary dogma.

Here, too, the Word of God rebuts a crucial plank in the edifice of evolutionary tradition. “God saw all that he had made, and it was very good. And there was evening, and there was morning—the sixth day. Thus the heavens and the earth were completed in all their vast array. By the seventh day God had finished the work he had been doing; so on the seventh day he rested from all His work” (Gen. 1:31-2:2).

Error doesn’t magically transform into truth even when multitudes believe it.

Then add the seventh-day Sabbath, symbolic not of billions of years, but, as the commandment reads, of the “six days” in which “the Lord made the heavens and the earth” (Exodus 20:11), and we get—what? The Word of God rebutting, not just ancient creation myths, but a modern one as well.

Perhaps the most consequential error of biology regarding life’s origin is the dogmatic claim that human beings are just highly-evolved African apes, which themselves are later manifestations of the same process that began 3.5 billion years ago when matter, by itself, became alive. The same common ancestor that (along one branch of the fabled evolutionary tree) evolved into turnips, evolved (along another branch) into human beings. At least that’s the story science promotes.

Scripture, of course, debunks the science and the story. Genesis 1 and 2 emphasize the radical distinctness of human origins from all other terrestrial life. Again, God’s Word specifically refutes the common a
ncestor myth. Humans, alone, were made in “the image of God” (Gen. 1:27), a distinction especially clear in Genesis 2 regarding Adam—“Then the Lord God formed a man from the dust of the ground and breathed into his nostrils the breath of life, and the man became a living being” (Gen. 2:7)—then Eve: “Then the Lord God made a woman from the rib he had taken out of the man, and he brought her to the man” (Gen. 2:22).

On the most important questions for humans, our identity, our origins, our purposes, science is as wrong here as it was when it argued in behalf of a stationary earth at the center of the cosmos. The ancient Finnish myth of the world being created from the fragments of an egg laid by a diving duck on the knee of Ilmatar, the goddess of the air, is no closer to the truth about origins than are the world’s most renowned thinkers.

So, am I saying that thousands of PhDs in chemistry, physics, biology, zoology, paleontology, that is, the world’s greatest scientists, the feted experts, the Nobel Laurates and the like are, all of them, wrong?

Is that what I’m saying?

Though, technically, I’m not saying it—Scripture is. Don’t be intellectually gorgonized by the numbers. Error doesn’t magically transform into truth even when multitudes believe it. The word of man, one man or 100,000 men, is still just that, the word of man, which, in this case, is debunked by the Word of God.

Clifford Goldstein is editor of the Adult Sabbath School Bible Study Guide. His latest book, Baptizing the Devil: Evolution and the Seduction of Christianity, is now available from Pacific Press.