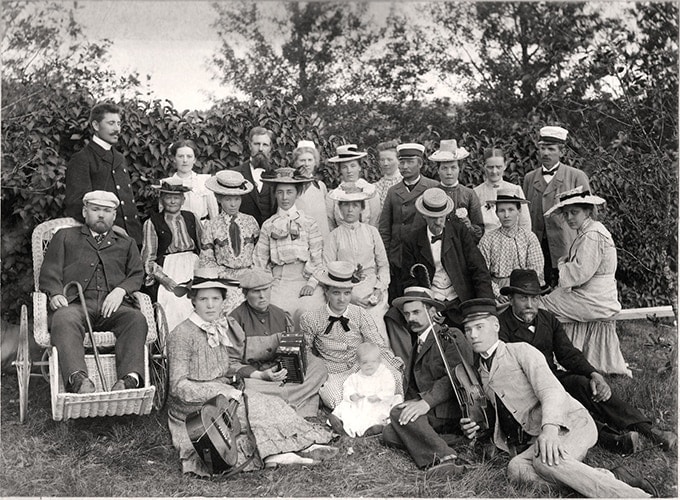 Nyhyttan Health and Medical Centre was an Adventist health resort in the deep woods of an isolated region in mid-Sweden. In 1898, when the Nyhyttan property was purchased, the Adventist Church membership in the area was about 700, mostly people of lesser financial means. So it was indeed a venture in faith. It lasted for almost 100 years. The scenic hills, spruce forests, clean water, and fresh air proved ideal for a health resort.

Water treatment has a long tradition in Europe, and in 1905 a “bath” (spa) named Nyhyttans Badanstalt opened during the summer, providing students an opportunity to earn money for school fees. The “baths” concept fit well with the natural remedies of the Adventist health message. In the beginning, both the treatments and the accommodations for guests were very primitive. Guests had to bring their own bedclothes, wooden bathtubs were used, and entertainment consisted of outings in hay wagons. Some of the early advertisements mentioned electrical baths and a radioactive spring, which meant radon.1

Charles Kahlström was the main force behind the establishment. At Battle Creek Sanitarium he learned hydrotherapy from Dr. John H. Kellogg. Without Charles Kahlström’s and his wife, Lotten’s, professional and committed leadership during the first years, Nyhyttan as a health center would not have succeeded.2

In 1932, the mission school moved to another location, and Nyhyttan become a year-round health center. When the hydrotherapy building burned down, a new one was built with better facilities for a variety of treatments. A vegetarian diet was followed throughout Nyhyttan’s existence. In the 1930s, there was growing interest in healthful living among the general population, an advantage for an Adventist health institution. The facility averaged around 30 patients, served by a staff of 15. A doctor visited regularly, but was not resident. From 1954, a resident physician, Dr. Gunnar Smårs, Sr., was the medical manager as well as the director of the health center. During Dr. Smårs’s tenure an agreement was entered into with the regional councils of Örebro and Stockholm that guaranteed a specific number of referred patients. As private health care became less attractive because of the general health system provisions, this agreement grew in importance.

The need for innovation to secure both referred patients and attract a new category of those in need, led to launching a NewStart program in the 1980s. The NewStart program offered special emphases on heart disease, diabetes, and obesity. The three-week course gave good results. The nonfat vegetarian meals, exercise in fresh air, walks, and physiotherapy treatments gave many a “new start.” Nyhyttan’s heart program became a success, and the boom of positive reports in the health world press was quite surprising.

As most health institutions in Sweden are state-run, the idea of a private institution is viewed as a niche for the rich. This view led to suspicion in the Swedish egalitarian society. There was and is both a general and a political nervousness regarding an institution run by a free-church. Suspicion regarding a privately owned Christian institution appeared to lead to the ending of referrals from the regional councils, while they started up similar programs of their own. In this way Nyhyttan’s health program was a success that spread, but when the referrals stopped, it became increasingly difficult to finance a privately owned institution. In 1998, Nyhyttan had to file for bankruptcy. The Adventist Church lost a health institution in a beautiful and unlikely place that had been operating for more than 90 years. For a short period, a group of staff tried to run it as a cooperative, but too many difficulties prevented a continuation.3

But Nyhyttan was a name. Scouting, a high-quality choir, activities that were open to everyone, plus the continuous health programs run by the local Adventist church became instrumental in establishing the church as an integral part of the community. The Adventists of Nyhyttan have become known for being part of the community, rather than apart from it.

Yvonne Johansson Öster, M.A., M.Phil., is a retired college teacher and pastor. Her numerous articles on Adventist history include a biography of pioneer missionary Hanna Bergström (Skandinaviska Bokförlaget, 2013) and an anthology of Swedish missionaries (Skandinaviska Bokförlaget, 2019). Johansson Öster also contributed an article about the Adventist church in the Encyclopedia of Swedish Free Churches (Sveriges Frikyrkosamråd och Bokförlaget Atlantis AB, 2014). Currently, she is writing a complete history of the Adventist Church in Sweden.