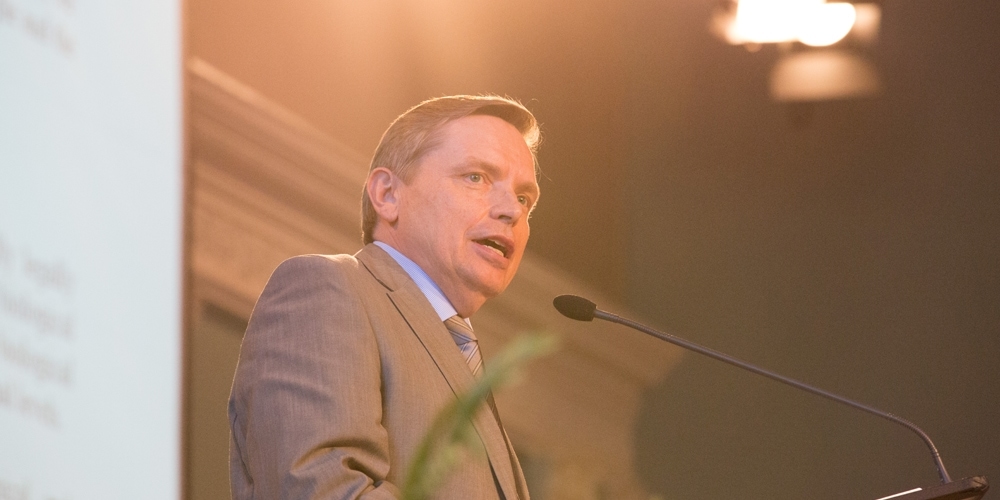 The members of the Executive Committee of the Seventh-day Adventist Church voted to accept a statement on transgenderism on April 11. The document was voted on the first day of the Spring Meeting, one of the two major annual business meetings of the world church.

While the statement acknowledges “the limitation of our knowledge in specific instances,” the 1,400-word document sets out to first define the key terms commonly used when referring to the topic, then to review the biblical principles relating to sexuality and what it calls “the transgender phenomenon.” The biblical principles section is based on the belief that “Scripture provides principles for guidance and counsel to transgender people and the Church, transcending human conventions and culture.” Finally, it includes some advice for church leaders and members engaging with transgender visitors or adherents in their local congregations.

Quoting the last edition of the Diagnostic and Statistical Manual of Mental Disorders, the statement reminds that transgenderism, formerly clinically diagnosed as “gender identity disorder” and now termed “gender dysphoria,” may be understood as a general term to describe the variety of ways individuals interpret and express their gender identity differently from those who determine gender on the basis of biological sex. “Gender dysphoria is manifested in a variety of ways, including strong desires to be treated as the other gender or to be rid of one’s sex characteristics, or a strong conviction that one has feelings and reactions typical of the other gender,” the statement reads.

The statement explains that “due to contemporary trends to reject the biblical gender binary (male and female) and replace it with a growing spectrum of gender types, certain choices triggered by the transgender condition have come to be regarded as normal and accepted in contemporary culture.” These trends, states the document, present problems for Bible-believing people, since “the desire to change or live as a person of another gender may result in biblically inappropriate lifestyle choices.”

“It is not an easy topic,” admitted world church president Ted Wilson in introducing the rationale for the statement, “and we did not have anything in writing about this particular topic.” Wilson explained that the focus of the statement was on the biblical framework as a foundation to address this topic, not on particular cases. Then, he said, “regional areas can use this biblical framework to give it a more regional application.”

“Our emotions, feelings, and perceptions are not fully reliable indicators of God’s designs, ideals, and truth.”

Wilson also shared that much effort was made to include as many experts in the field as possible. His words were echoed by Artur Stele, a vice-president of the world church and chair of the committee that oversaw the process of preparing the document. “Many groups and committees have been involved in providing guidance and counsel,” said Stele. According to him, the Biblical Research Institute (BRI), a major contributor to the document, “sought advice, counsel, and feedback from theologians, medical specialists, and psychologists from inside and outside the Church.” The committee’s “main goal was to provide a biblical and Christ-like approach,” he said.

By 2013, the BRI was receiving requests from the world field to provide counsel about specific situations, such as the marriage of transgender persons and a petition for a change of name in a baptismal certificate. Situations like those, said de Souza, marked the beginning of a long process that is not yet finished.

Originally planned to be included in the 2016 Annual Council agenda last October, it was decided to postpone the presentation of the statement until the 2017 Spring Meeting to allow for additional consultation and vetting. The version shared with the members of the Executive Board is the 21st, and might not be the last one, leaders said.

The statement is based on the conviction that even though the Bible does not specifically address transgenderism, some principles can be derived from it to inform the discussion on the topic, especially those based on the Creation story. Thus, it reminds that “God created humanity as two persons who are respectively identified as male and female in terms of gender,” and that “the Bible inextricably ties gender to biological sex,” making “no […] distinction among the two.” It also emphasizes that human beings are psychosomatic units. “Thus,” it reads, “sexual identity cannot be independent from one’s body.”

The statement also reminds that as a result of sin, “our emotions, feelings, and perceptions are not fully reliable indicators of God’s designs, ideals, and truth.” For this reason, the statement says, “although gender dysphoria is not intrinsically sinful, it may result in sinful choices,” another indicator, states the document, that “on a personal level, humans are involved in the great controversy.”

Within the life of a local church, the document states that “as long as transgender people are committed to ordering their lives according to the biblical teachings on sexuality and marriage they can be members of the Seventh-day Adventist Church.” In addition, “the Church strongly cautions transgender people against sex reassignment surgery and marriage, if they have undergone such a procedure.”

Emphasizing additional biblical principles regarding love and compassion, the statement reminds that “the Bible commands followers of Christ to love everyone,” and to treat them “with dignity and respect.” It goes on to add that “acts of ridicule, abuse, or bullying towards transgender people are incompatible with the biblical commandment” to love one another. Moreover, it calls the church to be “a refuge and place of hope, care, and understanding to all who are perplexed, suffering, struggling, and lonely.”

As with any other sin, the document reminds that “sexual sins committed by heterosexuals, homosexuals, transgender people, or others can be forgiven, and lives can be transformed through faith in Jesus Christ.”

Finally, it advises that those who experience incongruity between their biological sex and gender identity “are invited to reflect on God’s original plan of purity and sexual fidelity.” The document ends by stating that “with all believers, transgender people are encouraged to wait on God and are offered the fullness of divine compassion, peace, and grace, in anticipation of Christ’s soon return when all true followers of Christ will be completely restored to God’s ideal.”

Reactions from the Floor

Most members who spoke up on the motion expressed that—while they feel the statement on transgenderism is not the final word on the matter but part of an ongoing process—they value that the Church had decided to address the subject. “We appreciate your efforts very much,” said Andrea Luxton, president of Andrews University, among others. “Thank you for preparing this document.”

“I know this is not necessarily complete,” agreed Neil Nedley, a lay member of the Executive Committee. “The process will certainly go on.”

Meanwhile, former director of the Health Ministries department of the world church Allan Handysides made an impassioned plea to avoid seeing this condition just as a “phenomenon.” “We are talking about people here,” he said. “Transgender people are human beings.”

Handysides emphasized that sometimes church members are distant from the reality this issue represents. Based on his extensive experience as a physician, he personalized the implications of the statement. “Have you ever had to tell parents that you’re not sure what sex their newborn is?” he asked. “Have you ever had your child come to you and tell you that he’s not sure he’s a boy? Or that he loves other boys? Can you imagine how that feels?” he said.

Handysides closed his comments by reminding his audience that believers should always prioritize the human being behind the phenomenon. “We must make our best effort to put the person first,” he said.

Wilson echoed several comments made by members. “While this statement may certainly be improved, our goal is not to draw people away from Jesus,” he said. “We want everyone, no matter what they are going through, to feel welcome at the foot of the cross.”

“This topic is like a moving target,” commented Peter Landless, also a physician and current Health Ministries director of the General Conference, “with changing explanations, understandings, and ideas, which vary from day to day in reported science and the popular press.”

Landless said we need to remember at all times that we are dealing with people, in every situation. “Christ is our Example, and has shown us how to relate and keep that precious mission of people foremost in our thinking and in our actions,” he said. “All that we do and say needs to be drenched with the love and compassion of Christ in every setting.”

To read the full text of the Statement on Transgenderism, click here.