Cliff's Edge-When The Man Comes Around 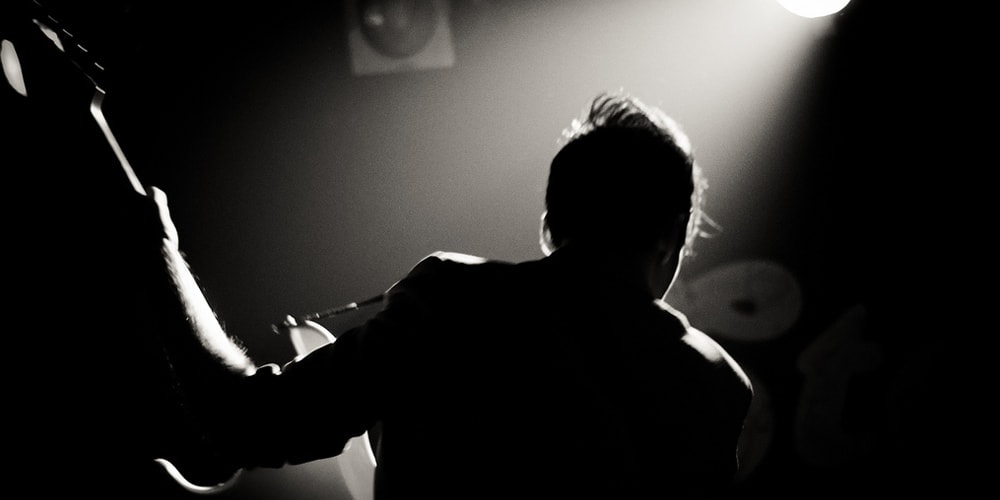 Though no country music aficionado, I recently heard Johnny Cash’s “The Man Comes Around,” and was captivated by the lyrics, which, if not putting the fear of God in me (not that at times I couldn’t use more), did for a moment (to paraphrase the song) make “the hair on my arms stand up.”

Cash begins by reading texts from Revelation 6, which point to the apocalypse. Then, after his guitar starts sculpting air, he sings: “There’s a man going around taking names/And he decides who to free and who to blame/Everyone won’t be treated quite the same.” A few lines later, he continues: “Will you partake of that last offered cup/Or disappear into the potters ground/When the man comes around?”

The work overflows with biblical imagery, some explicit, some cryptic and not easy to decipher, but “When the Man Comes Around” is, unmistakably, Cash’s image of Judgment Day.

Most country music artists (except Kinky Friedman and the like) slosh about in a Christian milieu, and though Cash had been rather pococurante about his faith, he wrote this song toward the end of his life, which probably meant that with mortality rubbing a cold, hard nose on his cheek, Johnny Cash began to muse about his fate “When the man comes around.”

Don’t we all? Even my most obnoxious loud-mouthed agnosticism might have been a subconscious muffling of the uneasy revelation that the apostle Paul said touched everyone: you know, enough has been revealed about God “from the things that are made” so that those who reject Him will be “without excuse” (Rom. 1:20) when “the man comes around” (Johnny Cash).

One time, sensing that my arguments for God’s existence were evaporating on an audience of secular college students like water droplets on a red-hot filament, I changed tactics mid-sentence. “When I was your age,” I said, “and when every now and then I thought that perhaps God did exist, I would push the idea away because, if He did, I knew that I was in deep trouble.” As if emmeshed in one connected nerve, just pricked, their countenances, their body language, flinched. Like a chain reaction, the room rippled in a spontaneous wave of conviction—an amazing manifestation of Paul’s words in Romans of how enough about God has been revealed so that “when the man comes around” people will indeed be “without excuse.”

How fascinating that most every religious tradition, ancient and modern, teaches some form of judgment, of ultimate reckoning for deeds done now. Only crass atheism, it seems, offers a way out unless, rather than being the result of atheism, the-hope-of-no-day-of-reckoning is the motivation behind it to begin with. Otherwise most people, directly or indirectly impacted by their religious tradition, have a sense, a pricking notion, of an impending judgment that might not necessarily be in their favor, either. This itch on the soul fits quite well with biblical theology, actually: we’re a fallen race, sensing a gap between what we are in contrast to what we should be, and between what we do in contrast to what we should do (see the man of Romans 7). In short, we have a sense of guilt for what we might have to answer for.

The only hope, then, “When the man comes around” is that the Man, Jesus, died on the cross, facing the punishment of our sins in Himself so that all of us who claim it by faith have an advocate before the Father. Here is the heart and soul of the sanctuary message, which is the gospel in the context of judgment, the inevitable judgment that Scripture says we all face. The gospel part is that Jesus is our substitute when it happens. “Now he [Satan] points to the record of their lives, to the defects of character, the unlikeness to Christ, which has dishonored their Redeemer, to all the sins that he has tempted them to commit, and because of these he claims them as his subjects. Jesus does not excuse their sins, but shows their penitence and faith, and, claiming for them forgiveness, He lifts His wounded hands before the Father and the holy angels, saying: I know them by name. I have graven them on the palms of My hands.”[i]

In his song, Johnny Cash quotes Revelation 21:11: “Whoever is unjust, let him be unjust still./Whoever is righteous, let him be righteous still./Whoever is filthy, let him be filthy still. Listen to the words long-written down . . .” And, as even the unsaved sense, that filthiness is in ourselves. They, we, exude it. So what they must learn, and we too, is that the righteousness we need is found only in Jesus now and, yes, “When the man comes around.”

Clifford Goldstein is editor of the Adult Sabbath School Bible Study Guide.His latest book, Baptizing the Devil: Evolution and the Seduction of Christianity, is available from Pacific Press.