When Mission Is First, Money Will Come, Secretary Says 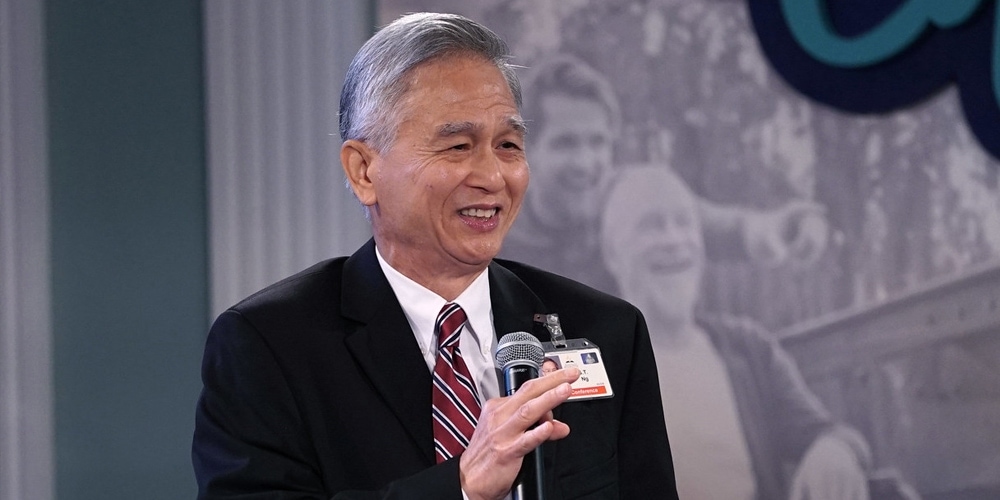 What does a lemon squeezing contest have to do with Adventist mission?

In the hypothetical contest, no national champion from around the world had been able to squeeze the last drop of juice from a lemon. Then a man from the audience offered and managed to do it and was crowned the champion.

Shocked, the host asked him, “Who are you?”

“I am a treasurer,” the man answered.

“In order to do mission, we need plenty of lemon juice,” Ng said.

In a brief historical review, Ng reminded the audience that at the time of the first Annual Mission offering in 1897, the church established that home missions would receive one-third of the amount collected and that the reminding two-thirds would be devoted to foreign missions. A few years later, many congregations began to send up to half of their offerings to mission overseas.

Ng quoted Adventist Church co-founder Ellen G. White, who referred several times to the “reflex effect” by which churches that invest more of their funds in missions are more blessed and prosper than those that do not. When churches ramp up their “self-denying, self-sacrificing efforts,” White wrote, “prosperity will follow.”

“If we wait for money to come, mission will be never accomplished,” he said.

The second part of the report brought Adventist Mission director Gary Krause to share some statistics and challenges about the office he leads.

“Every day, more people are born than the ones who enter into the church,” he said.

But Adventist Mission keeps coordinating the sending out of missionaries overseas by a variety of means and through various initiatives. Unlike in the past, when missionaries usually went from North America to other regions, today’s missionaries go “from everywhere to everywhere,” he said.

Other programs, such as Loma Linda University’s Deferred Mission Appointees, support mostly young, committed health professionals to serve in some of the most challenging parts of the world. Another initiative, Mission Envoys, pairs people usually retired from regular service to travel to churches and institutions to create a greater mission awareness.

Adventist Volunteer Service (AVS) director Elbert Kuhn shared that currently, the office he leads is coordinating the service of 1,962 volunteers, a 106-percent increase since 2015. Since its beginnings, AVS has trained and sent more than 30,000 volunteers, he reported.

“Now we have come to a point where we have many well prepared, well trained, and willing to go, but few opportunities [are] available,” Kuhn reported. “We need to open more opportunities for volunteer service,” he said.

“If the increase of member accessions would keep up with the increase in administrators, we wouldn’t have a problem,” Trim said.

It is a question, Trim advised, that every region should do very well to reflect on and discuss.

“Examining the balance between administrators and pastoral/evangelistic workers might help us to see greater growth in the number of accessions,” he said.

Ng emphasized that the key is keep mission as the foremost element in church plans and activities. Quoting David Jamieson, who is pastor of a mission- and community-driven church in Vancouver, British Columbia, Canada, he said, “Mission first; money will follow.”

“We never worry about money,” Jamieson has said, according to Ng. “When we do God’s mission, money will always come.”

So, how many treasurers does it take to squeeze juice for mission, Ng asked, referring once more to the lemon metaphor. “We don't have  enough!” he answered.

The principle is, “Give away as many lemons as possible for mission,” he said.

Another article on the Secretary’s Report was posted by Adventist News Network.