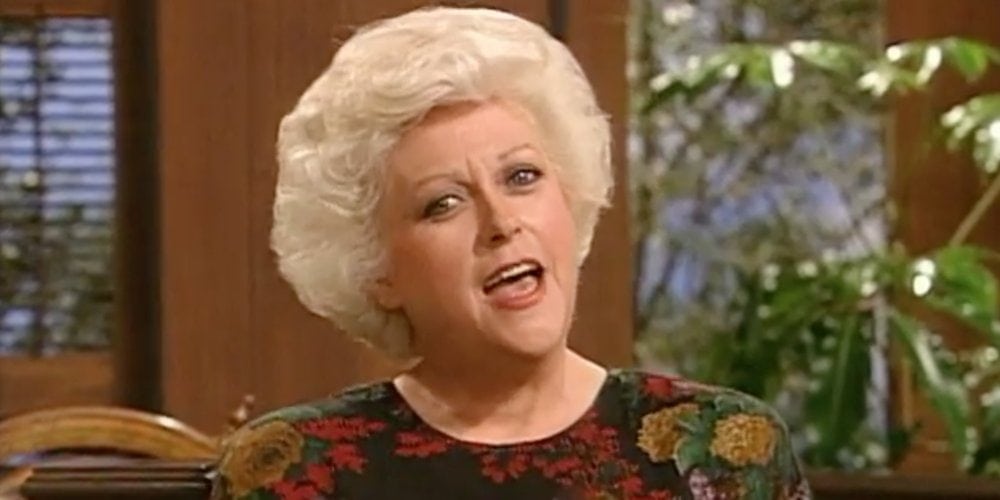 Many people may remember Marilyn Cotton for singing with an angelic, perfect-pitch voice on It Is Written television when they attend her memorial service in the U.S. state of California this weekend.

But those who knew her personally said Cotton, who died on May 20 at the age of 82, was not just one of the Seventh-day Adventist Church’s greatest lyric sopranos but also a loving friend who eagerly went the extra mile to help others.

A case in point is Falvo Fowler, an editor with the General Conference of Seventh-day Adventists, who first met Marilyn Cotton while teaching computer classes at Loma Linda Medical Center in California in 1994.

“It was probably one of the worst times of my life,” said Fowler, who was facing some personal struggles at the time. “But every day I made it to work and taught my classes.”

One day he started talking after class with two students, a man and his daughter. The man asked whether Fowler could offer private lessons to his wife because she would not come to a computer class.

Fowler soon began teaching the wife, Marilyn Cotton, at home. She was astonished to learn that even though he had other furnishings, he had chosen not to buy a bed and instead sleep on the floor.

“When she found out that I was sleeping on the floor, she insisted I needed a bed,” Fowler said. “I laughed it off and told her the carpeted floor worked just fine with a sleeping bag, and besides this was temporary as far as I was concerned.”

Early on a Sunday morning, Fowler heard a knock on the door. A pickup truck was parked right up to the door, and the husband, Daniel Cotton, stood beside it, explaining that when his wife got an idea to help someone, there was no alternative. In the back of the truck was a bed frame, base, and a queen-size mattress.

“And with that came invitations to meals, conversations, and a friendship that sustained me through that difficult time,” said Fowler, who shared the story on a memorial page for Marilyn Cotton.

“She was an amazing lady: generous, kind, and talented,” he told the Adventist Review on Thursday.

Marilyn Cotton singing “The Lighthouse.” (It Is Written)

Kittie Marilyn Dillow Cotton was born on Dec. 14, 1933, in Red Bank, Tennessee, the youngest of three daughters of Oddie and Thelma Dillow. She made her first recording at age 3 but only began musical training several years later when her mother overheard her playing with a friend.

“I was playing with a girlfriend one day when I was 7 or 8 years of age and my mother came in the room and said, ‘What are you doing?’” Cotton said in an interview published in 2011. “We had been playing what we called a piano game where my friend would play a note and I without looking would tell her what the note was.

“She immediately contacted a music conservatory in nearby Chattanooga, and they told her it was perfect or absolute pitch, a gift that few had, and invited her to bring me in for an examination,” Cotton said. “That led to piano lessons and later to serious voice study with an emphasis on light opera under a master teacher, Ellen Turrentine, a former opera singer from Italy who was then residing in Chattanooga, Tennessee. The eventual choice to swing over and concentrate on gospel music came easily as it was my first love.”

At 18, Cotton began singing with the pioneering Faith for Today television ministry hosted by William Fagal in New York while studying at Southern Missionary College (now Southern Adventist University) in Tennessee. She sang 16 times in Carnegie Hall while Fagal led evangelistic meetings there, an opportunity that she later described as “truly a dream come true.”

In 1953 she enrolled at Washington Missionary College (now Washington Adventist University) in Maryland, where she met her future husband, Daniel, who was studying at the Seventh-day Adventist Theological Seminary on the campus. The two married in 1955.

A year later, Marilyn Cotton became the first featured artist for It Is Written with speaker and director George Vandeman. She went on to sing for the television ministry for 38 years, retiring in 1994, the same year as Vandeman.

Bradshaw spoke of seeing hearts changed through Cotton’s music — and through her kindness.

“She had time for others. She was accessible. Everyone remembers that,” Bradshaw said. “Marilyn had time for people and was as genuine a Christian in person as she appeared to be on screen.”

Bright Blotch of Color in Russia

In retirement, Cotton continued to share Jesus around the world through The Quiet Hour and other evangelistic initiatives.

Lena Nelson recalled catching her first glimpse of Cotton in August 1992 as the singer dashed under pouring rain from an airplane to the airport terminal in Arkhangelsk, Russia.

“She was the bright blotch of color against the gray sky and the heavy streaks of rain all around,” said Nelson, a 17-year-old Arkhangelsk native who was interpreting for a visiting Quiet Hour evangelistic team. “Thirty minutes later I was introduced to her in the hotel lobby and I only had one question, ‘What is this stunningly beautiful foreigner doing in this dreary place?’ She came to sing of God’s love. Her voice and beautiful spirit have touched many in Russia and around the world.”

Later that year Nelson saw another side of Cotton while accompanying the Quiet Hour team on a trip to Russia’s North Caucasus.

“In the evenings she managed to construct the most delicious dishes even with the shortages of food in Russia of the 1990s,” Nelson wrote in a tribute on Cotton’s memorial page. “I remember her brilliant laugh when a hungry team member knocked on her door and asked for a bowl of her minestrone soup in exchange for another hard-to-come-by staple — a roll of toilet paper. She was adventuresome, gracious, kind and oh, so sweet.”

Marilyn Cotton singing “Behold Him” about seeing Jesus’ Second Coming. The introduction is by It Is Written speaker and director George Vandeman. (It Is Written)

Marilyn Cotton died on May 20, 2016, after an illness in Loma Linda, California. Her memorial service will be livestreamed from the Azure Hills Seventh-day Adventist Church in Grand Terrace, California, on Sabbath, July 23. The service, which will begin at 4 p.m. local time, can be viewed on the church’s website, azurehills.org.

Connie Vandeman Jeffery, the daughter of George Vandeman, who grew up knowing Marilyn Cotton, said the singer had left a personal lasting influence in many ways, including by staying in touch with her long after her parents had passed away.

“She has left footprints on our hearts and lives, and we will never, ever be the same,” she said by e-mail. “Marilyn Cotton has completed her earthly journey in her 82nd year. When next we hear that gentle, lyric soprano voice, we will know we made it to the right place — heaven! And we will join our voices with hers in singing praises to our Savior and King!”

She was echoed by Cotton’s eldest daughter, Patti Cotton McNeily, who said she would never forget the moment that she learned as a young adult that her mother at 18 had rejected the offer of a lucrative career on the stage to instead devote her talents exclusively to the Lord.

“This was a powerful statement of her dedication and a witness to me that I have never forgotten,” she told the Adventist Review. “My mother's legacy to her family and to the world is most surely her supreme faith in God and an abiding love for Him. The unspoken question in all her actions was undoubtedly, ‘How many people can I point to Christ?’”

In looking back on her own life, Marilyn Cotton indicated in the 2011 interview that she would not change anything.

“Gospel music is my great love, for it is true,” she said. “Nothing can compare with the story it tells — of the soon coming of our Lord, Jesus Christ. I count it the greatest privilege of a lifetime to have been able to promote the coming of our Lord through the medium of music.”

Voices
January-born Reflections
A combination of contributions designed for intellectual satisfaction.
Magazine Article
When We Talk About Music, 1969-2019
Music—religious and otherwise—is part of our shared experience. 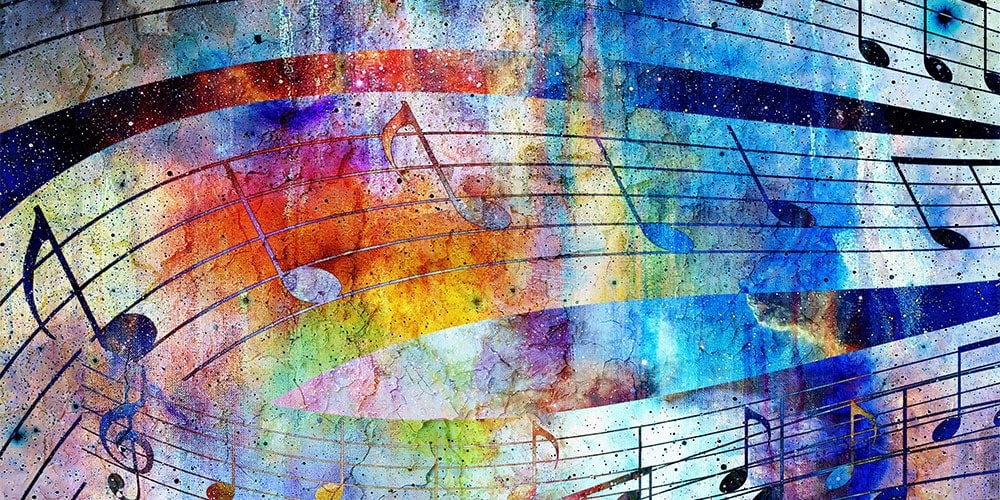