When a Tip Opened a Waitress’ Heart 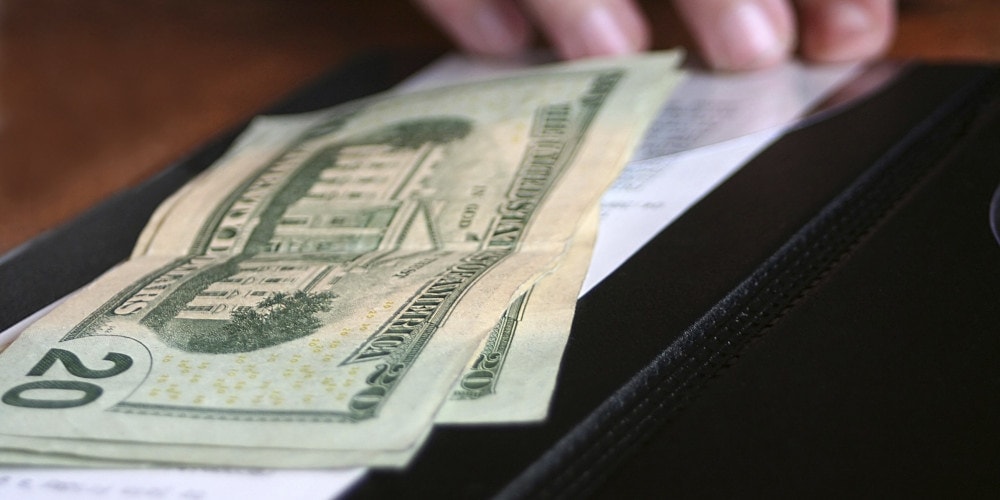 By Melody Mason, author of Daring to Ask for More, and United in Prayer coordinator for the Adventist world church

I’m ashamed to admit that I've been pretty stingy in the past when it comes to tipping waiting staff at restaurants. When I have tipped, it's usually been the bare minimum because I’ve been pinching pennies, unless I thought someone really deserved extra.

Two things happened recently that have made me reconsider.

The first was a powerful sermon I heard preached on the topic of Christianity and tipping. During this sermon God convicted me of the horrible witness I’ve been in this department.

Not long after the sermon, a friend shared with me how a young waitress had visited his church in a Seventh-day Adventist college town. The woman worked at a local Italian restaurant, the Olive Garden, and confided that many coworkers disliked waiting on Adventist diners because of their poor tipping. Some people left religious tracts instead of money, and disappointed staff tossed the papers into the garbage.

“We are such poor witnesses!” my friend remarked.

My heart dropped as I realized that I’ve been one of those stingy Adventists and a poor witness of the generosity of the gospel. I vowed to myself that I would start tipping more generously regardless of whether the waiting staff deserved it and no matter my own financial condition. After all, waiting staff in the United States rely on tips for a huge chunk of their take-home pay.

Well this past week God showed me just what a difference a single generous tip can make.

She was the only waitress in the small hotel restaurant, bustling about to meet all of our needs. As she smoothed napkins, laid out silverware, and took dirty dishes, she continued to smile as she hurried here and there.

“Coffee? Coffee?” she kept asking as one by one we sat down at different tables.

“No thank you!” was the common reply. I secretly wondered to myself whether she knew that most of us were Seventh-day Adventists visiting Silver Spring, Maryland, for the Annual Council, weeklong business meetings of the Adventist world church. We wouldn’t eat all those pork sausages either!

She must have figured this out. The next day she cheerfully announced as we entered the dining hall one by one: “We have vegetarian sausages for you. We ordered them special. And there’s soymilk here, too, if you like.”

Although the hotel staff worked hard and really went the extra mile to accommodate the Adventist guests, I noticed not many tips were given to our very hurried waitress.

So one morning after breakfast my roommate and I left an extra large tip for the waitress along with a handwritten “thank you” note for her exceptional service.

The next morning the waitress came running to me, beaming, when I returned to the restaurant for my last breakfast.

"Thank you so much for yesterday,” she said.

We then struck up a conversation. She knew my roommate and I were Seventh-day Adventists and began asking all kinds of questions about what Adventists believe and why. As it turned out, she was an Orthodox Christian but doubted that she could have a personal relationship with God. As I left the hotel later that morning, I gave her one of my books, Daring to Ask for More. She was simply delighted!

A couple days later, I happened to return to the hotel one last time to pick up a colleague who was heading to New Jersey after the end of the Annual Council. Always looking for ways to save money, I was now housesitting for friends for a few days before leaving town for my own home in Arkansas.

Right away the waitress saw me and came running over to give me a hug. We talked a bit more, and she told me she would be looking for the Adventists next year.

I don’t know what will happen to her heart as she reads my book or reflects on our conversations about Seventh-day Adventists. But one thing I do know: Those conversations and her open heart would never have happened if my roommate and I hadn't given her that nice tip.

So how will her story end? Well, it might be up to you and me. How many more Seventh-day Adventists will she encounter? Will she see the generous love of Christ, or will she simply get somber expressions as we politely refuse her coffee?

Luke 6:38 says, “Give, and it shall be given unto you; good measure, pressed down, and shaken together, and running over, shall men give into your bosom. For with the same measure that ye mete withal it shall be measured to you again.”

We are following the example of the Master Giver. He didn’t give His followers just sermons or gospel tracts. He gave real bread — so much so that there were 12 baskets of leftovers (Matt. 14:20). Jesus was not a stingy giver. We shouldn’t be, either. After all, our tip may be our biggest witness.