When a Scammer Met a Televangelist 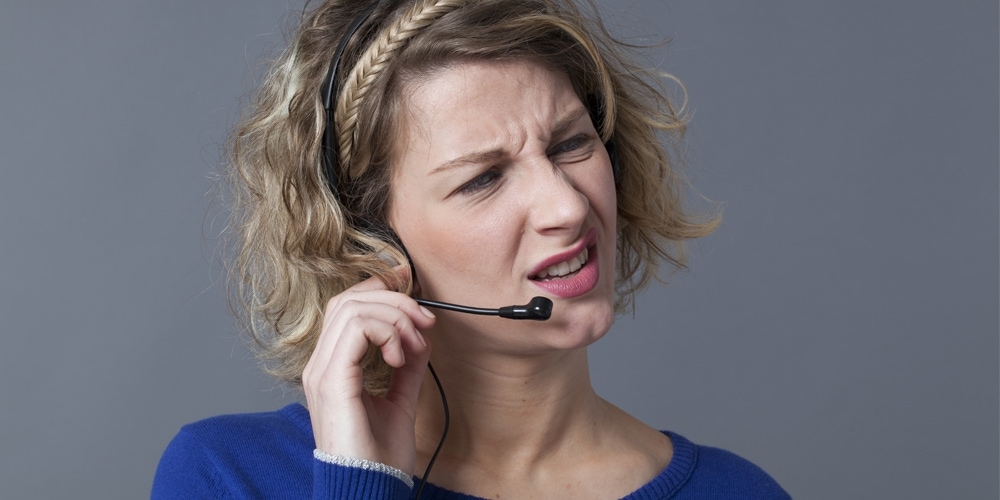 “Good afternoon, madam, my name is Clark, and I am calling you from the Telstra Technical Department. The reason for my call today is to inform you that some malicious software has been loaded onto your computer. It is the reason it is running slow …”

I’m sure you’re familiar with the rest of the conversation. The caller wants you to turn your computer on, to follow their instructions, and become another “catch” for these unscrupulous operators to either gain access to your files or persuade you to give them your credit card or bank account details.

About 18 months ago, after I had endured such calls both at home and at work for many years, it finally dawned on me that hanging up on such callers was wasting golden opportunities to try and reach these people for Christ.

Overnight my practice changed. I started viewing each caller through spiritual eyes as candidates for God’s kingdom. They were no longer annoying, time-wasting, pesky people. Now they were people whom God specifically sent my way for me to speak to about eternal matters.

I tried different tactics over the ensuing months. They centered around pleading with the caller to stop hurting people, to return to the values they had grown up with (i.e., honest principles), and to leave this disreputable work and seek honest employment. One man got up from his chair and walked out of the room without a word to his colleagues. I know this because another man I was talking to referred to this person and what he had done. My heart leaped with joy as I realized the Holy Spirit had gotten through, and this man had listened and obeyed His promptings.

But, over time, those in charge of such call centers conditioned their employees to resist such pleadings. The girls were the hardest to reach. They were very cold. Realizing this form of appeal wasn’t working anymore, I prayed for God to give me a new direction.

The answer came from my prayer group. We decided to start praying the “Jabez” prayer in 1 Chronicles 4:10. After a few weeks, it finally dawned on me that whenever I engaged with a scam caller, I should seek God’s blessings for that person just as I was seeking them for myself. So I started.

When the next call came through, while the caller was giving his opening address, I was praying silently that God would keep him on the line as long as was necessary. As soon as the caller asked me to turn my computer on,I started praying out loud. I opened with “Lord God Almighty” rather than “Father in heaven,”as I had no idea if the caller had a Christian background, but I was sure he would recognize the word “God.”I prayed that God would bless him and his family, that his needs would be provided for, and that he would be a blessing in his community and seek to do good to others. I continued until I had nothing left to pray. When I finished, the man was very subdued and thanked me repeatedly for praying for him. He didn’t want to hang up. We chatted for a while.

Several girls I have prayed with stayed on the other end of the phone longer than I’ve ever had girls stay on before. One even waited until I’d finished praying before hanging up—a definite improvement on previous calls.

One man who engaged me in conversation revealed that he was a Muslim. He didn’t want to be doing this “job,”but he needed the money. We had a great conversation, and I encouraged him to leave the room where he was working and not come back. I also told him I’d continue praying for him.

Now such callers no longer interrupt my day in a negative way. In fact, my prayer now is that God will send more calls my way! It is mission,and I am doing it from the comfort of my house. Not many opportunities like these are available to us. I often wonder what would happen to the scammer industry if every Christian who owned a phone in Australia [and other countries] became a missionary to these people who invade our houses to try and steal from us? If every Christian became a channel of prayer for individuals like these, I wonder what the eternal results would be? Can you see yourself praying for God to bless these people? To seek good for them? It is not the sort of missionary endeavor where you will see great results. You will be working with people on an individual basis and then usually only a one-off call. I keep a list now, so I can see when names are repeated. One poor girl phoned me three times in one day. I ended up asking her why she was running away from God!

Results for this endeavor will probably only be known in heaven. I look forward to being surrounded by a great crowd of people whose voices I recognize because they once tried to hurt me, and I had the very great privilege of praying for God’s blessing on them. Do you want to join me? Let’s be telemissionaries together.