'We Went to Teach, but They Taught Us' 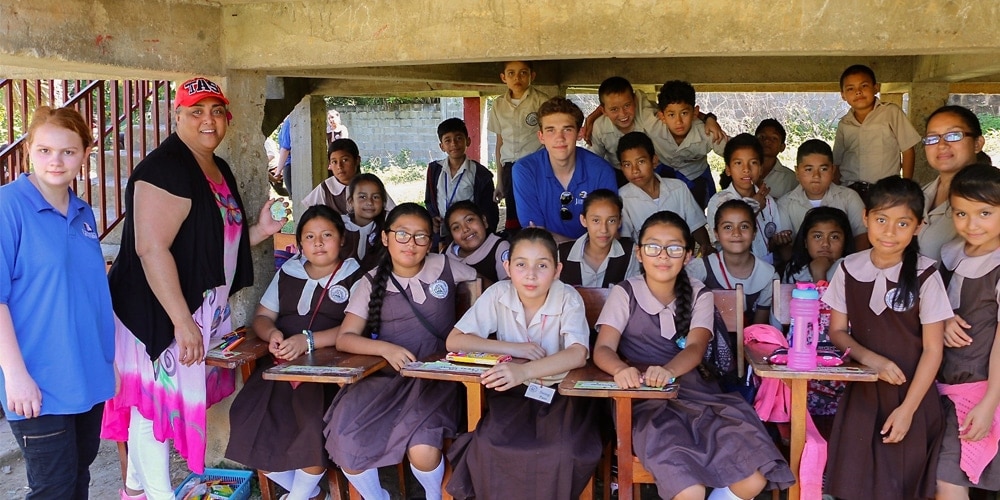 By Ellen Hostetler, It Is Written

In late February 2020, 27 students and teachers from Jefferson Christian Academy in Jefferson, Texas, United States, left for the country of Belize on their first It Is Written mission trip. They didn’t know what to expect, but they were excited. From freshmen to seniors, the group was ready to work. And they worked hard.

Belize is a small, lush Central American country squeezed between Mexico, Guatemala, and the Caribbean Sea. In February, the weather is beautiful: warm in the day and cool at night. The students were welcomed with open arms and quickly learned to love the local fare—beans and rice.

Students made their two-week home at the La Loma Luz Adventist Hospital and set out to make friends for Jesus. Several of the students were assigned to build housing at the hospital—a project that has seen very gradual progress over the past three years. In just a few days, they made record progress. A mechanic and fellow student leader repaired several local vehicles, shared some of his trade tricks, and left a few of his tools so more repairs could be made.

Pila Telefoni, the academy’s boys’ dean and trip leader, knew this trip would be different. For the first time, the students were going to be preaching some of the three evangelistic meetings taking place in the evenings. Joined by the mission team choir and equipped with It Is Written media slides and notes, the students prepared to share what they believed in both English and Spanish.

One meeting took place in a tent across the street from a city park filled with young people, loud music, and alcohol. One night, as the students preached, a man approached Pila and asked him about Daniel 11. Pila could smell the alcohol on his breath as the man shared that he had been baptized 45 years before. Pila saw him the next night, listening from under a tree across the street. He prayed that hope was being planted in the man’s heart again.

During the day, the student choir provided a Vacation Bible School program at a nearby grade school. The teachers took a needed break while the It Is Written mission team sang songs, played games, shared stories, and made friends. Nathan caught the eye of Erian, one of the grade-school students. Just 7 years old, Erian came from a broken home. When things were not going well at home, his mother would pack him a bag and send him out to the street until the police picked him up.

Nathan and Erian soon became inseparable. At the end of the two weeks in Belize, the team planned an outing to tube some caves and do zip lining. Nathan couldn’t leave Erian behind. He decided to let his friends go on without him, and he spent the day with Erian. As Nathan left for the airport the next day, Erian hung on for dear life. He didn’t want his new friend to leave.

As the team left, students gave up purchasing memorabilia from their trip. Instead, they used the money to buy their new friends in Belize gifts such as crayons and colored paper. Nathan said he wanted to save and pay the $45 a year it will cost to keep Erian in Christian school.

Back home, the academy students asked Pila if they could go across the street and spend time with the grade-school children there. They realized how a little attention and a smile could make a huge difference in a child’s life.

“We will definitely do an It Is Written mission trip again,” Pila promised. “Everything went so well. It was such a blessing to be on this trip. I asked the students to raise their hands if they enjoyed the trip. Everyone’s hands went up, and they told me, ‘We went to teach, but they taught us. We didn’t just enjoy it; we were blessed!’”

The original version of this story was posted on the It Is Written news blog site.