‘We are only two on a bench, and I am happy’ 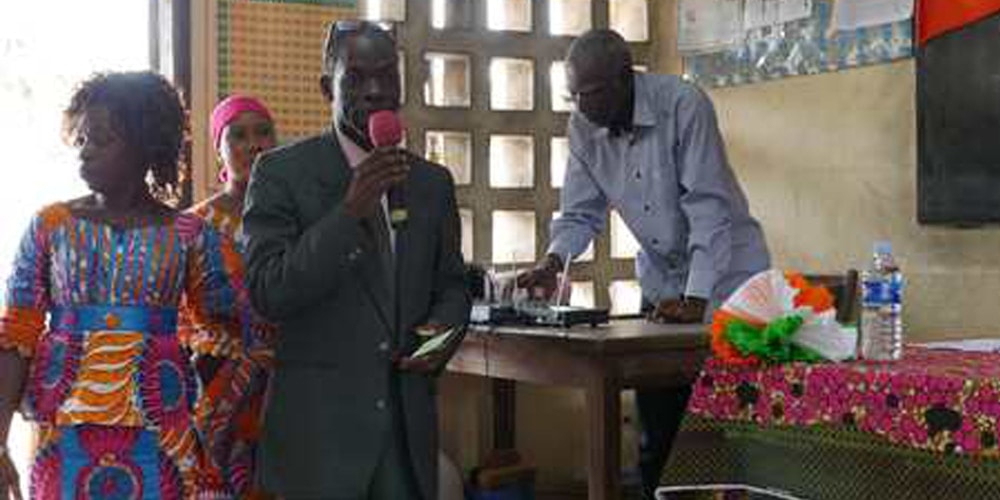 Leaders and staff at the Adventist Church’s West-Central Africa Division (WAD) headquarters in Abidjan, Côte d’Ivoire, recently brought a donation to the residents of nearby Abobo. On November 13, 2018, a group of Adventist officers, led by regional church president Elie Weick-Dido, paid a visit to that suburb of the capital city to donate about 300 benches to a local school district.

Leaders shared that the beneficiaries are schools in a district that includes 15 primary schools and three kindergartens. They said both teachers and students were overjoyed by the visit of WAD leaders and the Adventist-sponsored donation.

“The government cannot meet the needs of its population alone,” said Weick-Dido. “It is therefore necessary to help our authorities. We see today that, despite the efforts of our leaders, we still have a long way to go in supporting the education system in areas like Abobo.”

Weick-Dido explained that to better study and succeed, students need the basic tools of the trade. “It is essential students are not only in good health but also have benches to sit on,” he said.

The value of the gift is an estimated 9 million West African CFA francs (US$15,600).

Not the First Time

This donation is not the first that regional church officers have given to support educational efforts in Abobo. In the past, the church provided de-worming equipment that benefited more than 17,000 local students. Also, in past years, the Seventh-day Adventist Church has donated health equipment to the national government to assist official public health efforts across the nation.

Church leaders explained that this last visit to Abobo is part of a comprehensive plan of Seventh-day Adventists as a religious and social entity to support government efforts to improve the life of its citizens. The schools that received the donation had a shortage of seating for students. “There are usually three and even four students in an individual bench [meant for two],” school officers said. “On a regular school day, there are more than 5,000 struggling to get a place to sit in class.”

Local educational and government leaders thanked Seventh-day Adventist church leaders for the timely donation. General secretary of Abidjan school district 4 N’Dri Kouassi expressed his deep appreciation for the initiative and said other organizations should follow the Adventist Church’s lead. “I wish other churches and even NGOs would support the efforts of the authorities of this country by donations such as this,” he said.

Student representative Diaby Almami also expressed his appreciation publicly. “Thank you for such a wonderful gift!” he said.

Weick-Dido thanked the school leaders for their kind words and expressed the Adventist Church’s ongoing commitment to supporting efforts to improve educational facilities across the nation.

School beneficiaries presented Weick-Dido with a thank-you gift, a painting of a local classroom setting that included the phrase, “Before we were 4 on the same bench, but now we are only 2 and I am happy.”

The original version of this story was posted on the West-Central Africa Division news page.