‘We Are Fulfilling the Dream of Our Ancestors’ 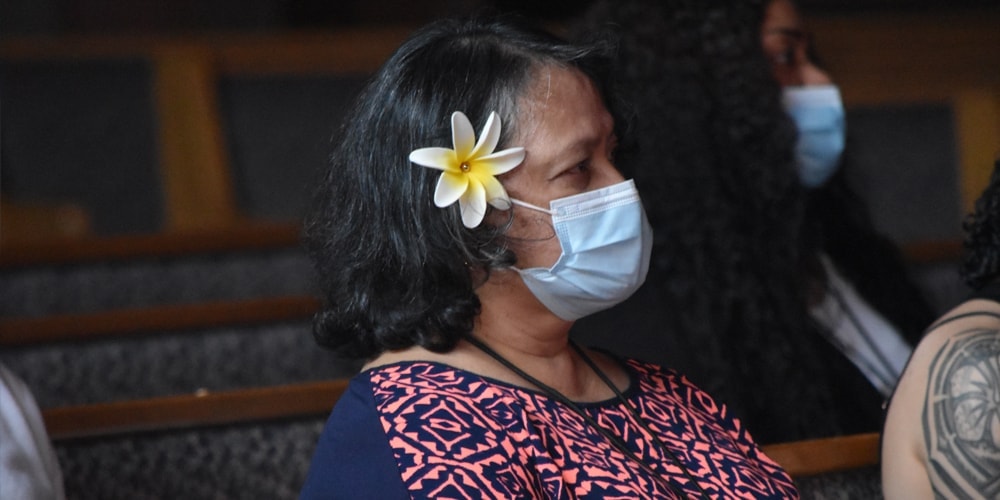 Scores of Seventh-day Adventist church leaders and members met for the first-ever DVELiP Leadership Conference, under the title “Re-Thinking Mission,” in Auburn, Washington, United States, August 29-31, 2021. Many more participants followed the event online. The conference was organized by the Two Percent Ministry, launched in 2019 to support outreach by and for Pacific Islander communities in the North American Division (NAD).

“DVELiP is a vehicle that we, as the Pacific Islander and faith-based community, can use not only to empower our leaders both young and old but to also serve our larger communities,” the Two Percent Ministry Board wrote in introductory remarks. “When we focus on the practical side of the ministry, it will give us the tools that we need to minister to the heart issues of the people that God has called us to serve.”

Participants were reminded that DVELiP stands for Discipleship, Vocation, Evangelism, Leadership, Indigenous, and Preaching. “These are tools that can be used to better our communities and our surroundings, but none of it makes sense without Christ at the center of it,” the board wrote.

Launched to Bless Others

Two Percent Ministry was officially born in 2020 but can be traced back many years and even decades, Meshach Soli, chair of the board, explained. “It was actually the dream of our parents and grandparents who came to this, a foreign land,” Soli said.

The idea came about after Soli attended an eHuddle series of meetings in Florida in 2017. These events, organized by the NAD Evangelism Visioning and Leadership Team, are held regularly to discuss how pastors and church members can better witness and reach others for Christ. It was there that Soli recognized that Pacific Islanders like him, and indigenous people, represent 2 percent of the NAD membership. “In fact,” he said, “in the list of membership by ethnic and cultural groups, we were listed as ‘Others.’ ” The group includes people from Samoa, Tonga, Vanuatu, Fiji, and other islands, as well as indigenous members from New Zealand and Hawaii.

In the NAD territory, Pacific Islanders, some of them second- and third-generation U.S. residents, must grapple with various challenges, as many in the younger generation are not so tightly connected to the Adventist Church of their parents and grandparents. All of this instilled a new sense of urgency. During a past camp meeting at Auburn Adventist Academy, where the DVELiP event is now taking place, Pacific Islander pastors had met and, Soli said, decided that “we have to do more about this; we have to gather together to do more.” Despite the pandemic-related challenges, they officially launched the Two Percent Ministry in August 2020.

Their goal is simple but encompassing, Soli shared. “To equip and empower all people to be a blessing to the greater community that is around us,” he said. “We are fulfilling the dreams of our ancestors, the hope of our ancestors who came to this foreign land. Our hope is now that you will take [what you learn at the conference] not to bless yourself but to use it to bless the greater community.” And, he added, “remember this is not just for you; this is also for our children, the generation to come.”

The Best Way to Protect the Church

The opening general session at Auburn Academy Seventh-day Adventist Church on August 29 included congregational singing in English and Samoan, an introduction to the ministry, and a keynote message. Jose Cortes Jr., associate director of the NAD Ministerial Association, brought the salutations and encouragement of the regional church.

“Remember that the best way to protect the church is to grow the Kingdom,” Cortes told them. Drawing a parallel with the early Christian church, Cortes reminded those attending in person or following the program online that the early church faced all kinds of challenges. “There were economic problems, division problems, and on top of it, there was persecution. But that didn’t prevent them from moving forward,” he said. “I hope this is the first step of a movement that will work to tell others that Jesus is coming soon.”

Washington Conference president Doug Bing also reminded conference participants that just as God used Jonathan and his armor-bearer, in the story told in 1 Samuel 13 and 14 in the Bible, to defeat a more powerful army, He can use the Two Percent Ministry to achieve great victories for Him. “You might be two percent, but God can work wonders through you if you trust Him,” Bing said.

When People See You

The keynote speaker on the opening night was Jesse Wilson, director of the Bradford Cleveland Brooks Leadership Center at Oakwood University in Huntsville, Alabama. He is also the director of the Pastoral Evangelism and Leadership Council (PELC), whose model the Two Percent Ministry follows.

Wilson congratulated the ministry leaders on their initiative. “As much as we are inclusive, there are some things that we can only say to ourselves,” he said. “Ministries like this one have been created to do great things for God [because] we have been saved to serve.”

He based his message on the story of Hezekiah’s illness in 2 Kings 20:1-6, emphasizing how Hezekiah, in his moment of distress, sought God. “Sometimes it’s better to pray to a wall as long as you talk to God,” Wilson said. “And remember, sometimes God’s first response is not God’s last response.” According to the Bible, God granted Hezekiah’s request and gave him 15 more years to live.

Just like Hezekiah, Wilson explained, those of us who so far survived COVID-19 are being given a second chance. “Thank God for the second chance! Use your second chance to thank Him, to give Him glory!”

Now comes the critical part, Wilson said, because whenever God does anything of significance in your life, people see it. It happened to Hezekiah as Babylonians heard about the miracle, and it is happening again now.

“As people are looking at our churches, as we are now broadcasting our services around the world, what do they see?” Wilson said. “People who come to our churches need to see unity, creativity, and power,” he emphasized.

Wilson told Pacific Islanders and others that his prayer is that the Two Percent Ministry members may keep Jesus front and center in all that they do. “Jesus will accept you as you are, and then He will help you to move forward. He can make something out of nothing,” Wilson said. “My question is, ‘What do people see when they see you? Do they see Jesus when they see you?’ ”