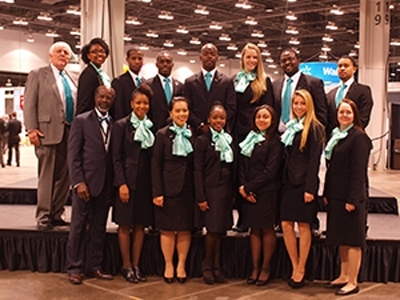 April
1, 2014, the Enactus team at Washington Adventist University in Takoma Park,
Maryland, won the first round of a national competition that was part of the
Enactus U. S. National Exposition 2014 at Duke Energy Convention Center in
Cincinnati, Ohio. The team presented and was judged on a community service
project that they developed by applying business concepts.

National
Enactus competitions showcase team projects that demonstrate how students are
improving the quality of life for people in need through entrepreneurial
actions that transform lives. After winning the opening round on April 1, the
WAU team lost the quarter final round on April 2 to Belmont University.

Nationwide,
there are 518 active Enactus teams with more than 17,000 students working on
more than 2,000 community service projects. Last year, U.S. Enactus team
participants volunteered more than 541,000 hours of their time. The team that
wins the national championship will represent the U.S. at the Enactus World Cup
this fall in Beijing, China.