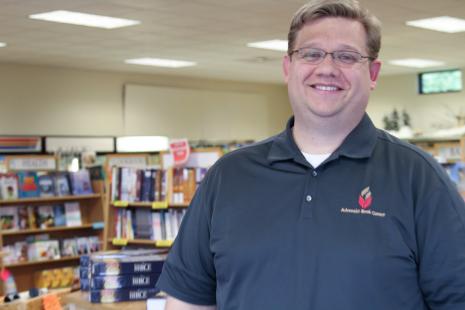 Conversations
at the end of 2013 were a bit nervous: Would Washington Conference have an
Adventist Book Center (ABC)?

With Pacific Press’ decision
to exit ABC contracts by
the end of 2013, Washington Conference and 16 other Pacific Press-owned stores
had to make a decision.

Washington
Conference administrators talked with local church representatives and the
conference executive committee about three basic options: close the store, keep
the store as-is, or keep the store with a new management model.

The
executive committee, the governing body of the conference between constituency
sessions, voted in December 2013 to pursue favorable negotiations with Pacific
Press to obtain full ownership of the ABC in Auburn. The negotiations and
transfer of ownership were completed on February 14. The new ownership arrangements allow the
Auburn ABC to seek innovative ways to increase its customer base and introduce
new product lines.

“The
transition from Pacific Press to the Washington Conference is going very
smoothly and quickly,” says Mike Schwartz, Auburn ABC manager. “We are looking
at a number ways we can meet our customers’ spiritual and nutritional needs and
do our best to anticipate future needs and interests. Thank you for your
continued support, and your feedback and input is always welcome at your local
Adventist Book Center.”