An Adventist academy has released the first mobile app that combines the Bible with original orchestrations to provide people with a new way to hide God’s Word in their hearts.

The Scripture Singer app, available on Apple IOS and Android, is free, and the music can also be downloaded online at no cost.

Fountainview Academy, a music-centered boarding school in Canada whose students have released multiple albums and DVDs, launched the app in June. But the academy released a major update this month that added a significant number of Bible passages to the lineup, including 1 Corinthians 13, the Ten Commandments, and the epistle of James.

The app is the brainchild of Craig Cleveland, music and promotions director at Fountainview Academy, and the creation of first-time app developer Matthew Dietel, a student who volunteered to help after learning that Cleveland couldn’t afford the fee of $10,000 to $15,000 sought by professional Adventist app developers.

Cleveland, who had prayed and explored the idea of an app over the summer of 2013, asked his music students during a rehearsal that fall if any of them had the computer skills needed to develop the app. Dietel of Minnesota came forward after the rehearsal, saying, “I’ve never made an app, but I’d like to try. I think I could.”

“To me," Cleveland said, "it was a direct answer to prayer to have a young person come forward and offer to take the challenge of developing the app—and to do it so well that it cleared the app store with no glitches the first time both in the first release and the more recent major update. To me that is a pure miracle from a young person who has never developed an app before.”

Praise for the app and its 124 songs, which include a couple with passages from Adventist Church co-founder Ellen G. White, is pouring in from listeners, who say they have used it for personal memorization as well as for church services and even funerals.

“This collection of Scripture songs is a great resource for those who want to hide God’s Word in their hearts,” said Derek Morris, editor of Ministry magazine and associate director of the Adventist world church's Ministerial Association.

Morris knows what he's talking about. He and his wife, Bodil, have released seven popular albums of Scripture songs that are available on iTunes and their website trilogyscripturesongs.com.

“I am a witness that hiding God’s Word in your heart is a life-changing experience,” Morris said. Quoting from Isaiah 55:11, he added: “God’s Word will accomplish what He pleases and will not return to Him void.”

Morris noted that the great English preacher Charles Haddon Spurgeon was encouraged by his mother to memorize Scripture as a child. She would give him a financial reward for each Scripture passage that he memorized. At the same time, Spurgeon’s father paid his son to kill rats in the family warehouse.

“In later years, Spurgeon testified that he made more money and had more fun killing rats, but it was the memorizing of Scripture that changed his life,” Morris said.

Fountainview Academy has invested about $44,000 into the app, including $26,000 on student labor and $18,000 on recording the music in a studio at a discounted rate. Cleveland said he hoped the app and downloadable music on the academy’s music website, fountainofmusic.ca/scripturesinger, would always remain free.

“Honestly, it was our intention to charge a nominal fee for the app,” he said. “However, if we could keep it and all of the songs available for free, that would be completely ideal, and we are praying about which way to proceed.”

Cleveland said other mobile apps were available that aided in memorizing the Bible but none of them used music.

Kaili Kimbrow, a 17-year-old 11th grader from Keene, Texas, edits the songs and uploads them to the app as part of her student work. She said she has listened to the songs so many times that they run through her head during classes.

“It’s such an encouragement to have those in your head so freely,” she said. “It’s a real blessing.”

She pointed to a quote by Ellen White as especially inspirational: "The people of Israel, as they journeyed through the wilderness, praised God in sacred song. The commandments and promises of the Lord were set to music, and all along the journey these were sung by the pilgrim travelers” (Christ’s Object Lessons, pp. 298, 299).

“Every day that I work on the Scripture songs, God lifts me up,” she said. “Often it is easy to become discouraged with technical difficulties, but over and over again God has showed me how much He loves and cares for me when I give Him the best I have.”

Laurenz Rohlig, 18, from Bennwil, Switzerland, said he introduced the songs to a worship group that he leads in a Fountainview dorm. “I have seen a big improvement in the involvement in the worship group every day since we have started using Scripture Songs,” he said. “Singing bonds us together and engages everyone.”

Rohlig said words from the Scripture songs come to mind when he is trying to maintain a good attitude. Remarkably, he remembered Isaiah 40:31 when he struggled to complete a marathon recently.

“I was nearly fainting near the end of the marathon, and I prayed to God,” he said. “Immediately God put the song I had learned in my worship group in my mind: ‘They that wait upon the Lord shall renew their strength, they shall mount up on wings as eagles, they shall run and not be weary, they shall walk and not faint.’

“That song and the words of promise spurred me on, and my fainting feelings left me immediately,” he said. “I ran on faster.”

Letters
Inbox
A Legacy of Faith | War and Peace | “Crying ‘Uncle’”! | Just as I Am | 365 Days With Jesus
Commentary, Editorial
In All Generations
What we have memorized from Scripture will be our sustenance and stay. I testify. 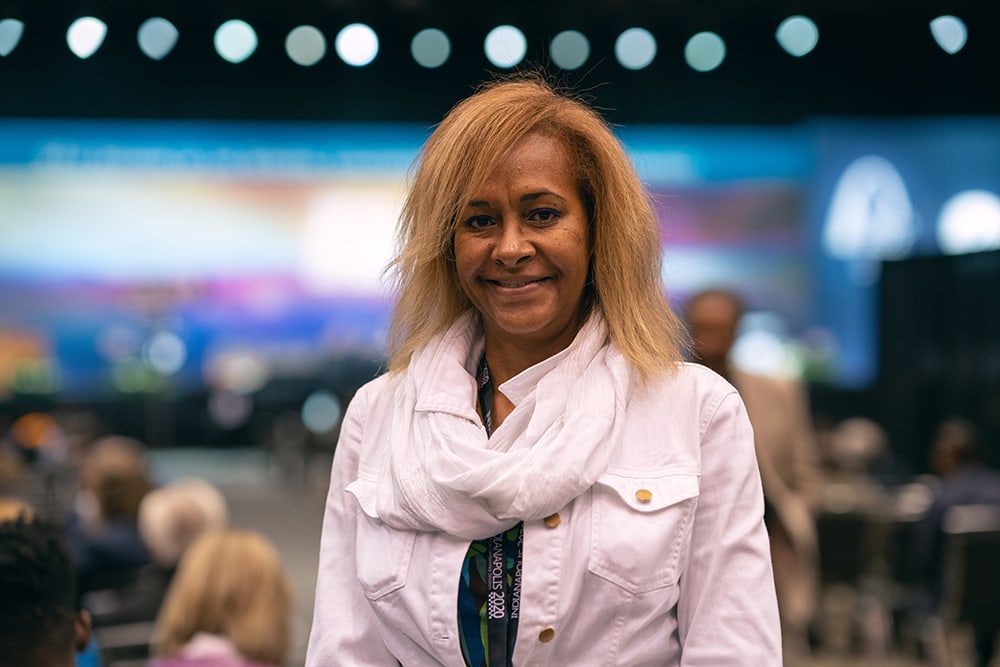