Vegan Restaurant Is Surprise Hit for Remote Church in Finland 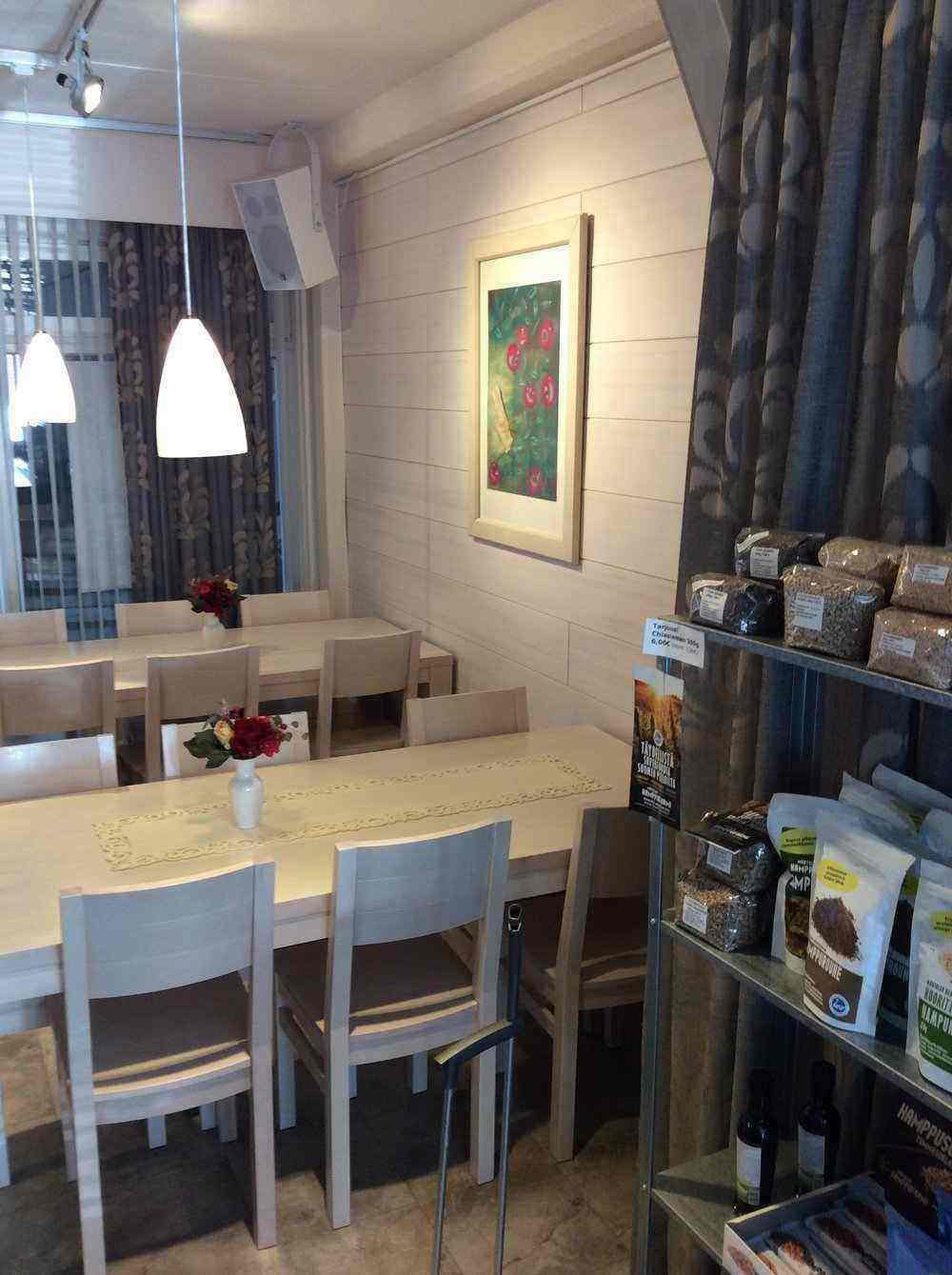 Paavo Hautala, a Seventh-day Adventist pastor in a small Finnish town just 35 miles (60 kilometers) from the Arctic Circle, felt impressed to open a vegan restaurant as he prayed for God to reveal His will for the local church.

The idea startled the pastor.

His town, Kuusamo, population 16,000, was known as a meat-loving community with a strong bias against most Christianity. Townspeople cautioned the pastor that the restaurant idea would not work.

But the 15 to 20 regular attendees of the local Adventist church prayed even more — and the plans fell into place, Hautala said.

Today the Karpalo (Cranberry) restaurant is one of the most popular dining establishments in town, and long-standing hostility toward Adventists is disappearing.

Hautala said the secret of the small church’s success with the restaurant and other local initiatives such as a second-hand clothing store is simple.

“We do not ask God to bless our plans, but rather we ask God for His plan and for His guidance at every step,” Hautala said.

The story of the Kuusamo Seventh-day Adventist Church is inspiring Adventist believers across Finland, a land of midnight sun, reindeers, and Northern Lights, where the church has about 5,000 members worshipping in 70 congregations, according to the latest statistics from the Adventist world church’s Office of Archives, Statistics, and Research.

Hautala recently shared the story of the restaurant with a group of visiting Adventist young adults from IMPACT Finland, a youth-led organization that conducted a first mission trip to Kuusamo to engage in refugee work, ADRA outreach, a health expo, and public lectures.

Hautala, 62, told the group that a personal encounter with the biblical health message paved the way for the restaurant.

Seven years ago, Hautala said, he was in such poor health that he nearly died. He realized that he had to do something and decided to adopt a totally vegetarian diet with no meat, fish, eggs, or dairy products.

Hautala said his weight dropped significantly and his health improved drastically. When his non-Adventist doctors saw what had happened, they declared it a miracle and quizzed him about his lifestyle.

Idea for Restaurant Is Born

Meanwhile, Hautala started praying in 2013 for God’s guidance on how to reach his town. It was then that he got the idea to open a totally vegetarian restaurant.

But he needed money. One day, Hautala was praying in his car about the funding when a piece of birch bark landed on the car window and became stuck. Tree bark in Finland symbolizes money. By this, Hautala said, God reminded him that he did not have to worry about finances and only trust in God to provide.

With renewed energy, Hautala drew up a financial plan in the car. The plan worked, and the local church was able to open the restaurant on its premises at half the usual cost.

Then when Hautala couldn’t choose a name for the restaurant, he prayed: “Lord, you know the name for your restaurant.”

He said God blessed with a good, locally appreciated name: Karpalo, which means Cranberry in Finnish. The name is now also used for Adventist-organized lifestyle programs in Finland.

When the time came to open the restaurant, the church did not have the 800 euros ($900) needed to buy food. So the pastor prayed and invited the construction workers who had helped prepare the restaurant to attend the grand opening. He gave the visitors an opportunity to give a donation — and raised enough money to buy the food.

Eatery Is a Spiritual Home

The restaurant has now been running successfully for three years. The local newspaper recently described its longevity in a meat-loving town as a miracle. In the same edition, the newspaper dedicated six pages of articles to the church, IMPACT, and Adventist activities.

Many influential local residents eat at the restaurant and view it as their spiritual home, Hautala said.

Sometimes the pastor prays with the diners. One patron, an elderly professor who used to criticize the Adventist Church strongly, now donates money to ADRA; has read The History of Redemption, a collection of books by Adventist Church cofounder Ellen G. White; and is considering bequeathing his property to the church’s mission work.

In addition to the restaurant, the local church is involved in refugee work, conducting Finnish-language classes and running a second-hand shop with 100 daily customers for the past eight years. The idea for the shop came during a morning prayer meeting as church members asked God how to grow their work, Hautala said.

As a result of these efforts, the church’s influence has expanded in the community, people have taken Bible correspondence courses, and several townspeople have been baptized. Right now some more individuals are close to making decisions for Jesus, Hautala said.

He credits total reliance on God and the prayerful pursuit of God’s plans for the church’s successful outreach efforts. Among his favorite Bible verses is Ephesians 2:10, which reads, “For we are God’s handiwork, created in Christ Jesus to do good works, which God prepared in advance for us to do.” The pastor also often ponders the words of Ellen White in her book The Desire of Ages: “So utterly was Christ emptied of self that He made no plans for Himself. He accepted God's plans for Him, and day by day the Father unfolded His plans. So should we depend upon God, that our lives may be the simple outworking of His will” (p. 208).

“If a church with an average attendance of 15 to 20 people can do all this, what can God do through a congregation of 150 to 200 who moves forward by faith and prayer?” Hautala said.

Joakim Hjortland, a Scandinavian church elder, is the president and co-founder of IMPACT Generation.