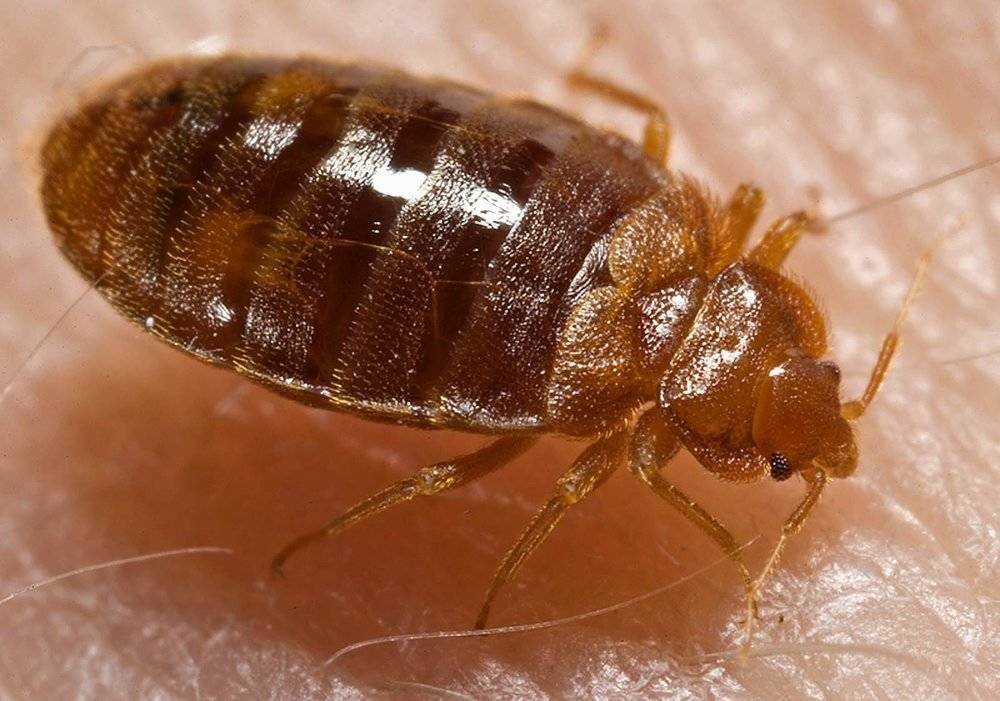 But a Union College professor’s research, published in the Journal of Medical Entomology, has diverted the attention of news organizations worldwide toward the fight to control the blood-sucking, bedroom-dwelling pests.

Corraine McNeill joined the Seventh-day Adventist Church-operated Union College in Lincoln, Nebraska, to teach biology in 2012, shortly after finishing her doctoral studies into how bedbugs react to color at different stages of life.

Her tests demonstrated that bedbugs do have a color preference.

“Most of the time they preferred red and black, but other colors such as orange can also be appealing,” McNeill said.

The results showed the color preference for baby bedbugs changed throughout each stage and bedbugs have a preference of colors based on whether they were fed or starved.

“It is important to know what color harborage bedbugs prefer because it allows us to learn where they are likely to hide and even lay their eggs,” McNeill said.

How Do You Love Bugs?

McNeill’s classes at Union College reflect her affinity for creepy crawlies. Besides teaching general biology, human biology, and principals of entomology, she introduced a new class: Insects and You.

But she didn’t start out that way.

After graduating from Glenmuir High School in her native Jamaica, McNeill thought she wanted to become a physician.

“I decided to attend a liberal arts college in the United States and then decide for sure about medical school,” she said.

Halfway through her time at at Randolph-Macon Woman’s College (now Randolph College) in Virginia, she started studying slugs with one of the professors and fell in love with research.

“I realized I was more interested in pursuing organisms related to medical research than in becoming a physician,” McNeill said.

After starting graduate studies at Virginia Commonwealth University, she hoped to find a place to study slugs, but without success. Her advisor suggested a switch to insects.

“She told me they were similar to slugs agriculturally but a lot more diverse,” McNeill explained.

She finished a master’s degree at the University of Florida and began doctoral studies researching chemicals to control the pepper weevil. But many of the chemicals made her sick, and after three years she couldn’t take it anymore.

“Where do you want me to go, God?” she asked at the time, frustrated with her studies.

She said God led her to the Urban Entomology program under the tutelage of professors Phil Koehler and Roberto Pereira, and it was then that she embarked on her study of bedbug behavior and bedbug education.

“I was still at University of Florida, and I really wanted to finish my doctorate,” she said. “And I did not realize the broad impact that bedbugs had.”

But as she dug deeper, she began to see the importance of bedbug research.

“Looking back, I really think it was God’s leading,” McNeill said. “Bedbugs are pests of medical significance. I ended up doing exactly what I felt called to do back as an undergraduate without realizing it.”

As she searched for a research project for her doctoral dissertation, her advisor, Philip Koehler, asked if colors were important to bedbugs.

At first she thought the idea silly until she remembered other hematophagous, insects that suck blood, can see color. Koehler had set up a very large bedbug colony, so McNeill had plenty of specimens to study.

Since bedbugs are blood suckers, they leave bites and everyone reacts to these bites differently.

“Bedbugs are considered a nuisance because they are very small and inconspicuous and you hardly notice them. By the time you notice it may be too late,” McNeill said. “Bedbugs have proven resistant to various chemicals, so the only real effective non-chemical way to kill them is by using heat — approximately 120 degrees Fahrenheit for several hours.”

McNeill cut out hundreds of 2-centimeter-square tents from different color paper. She and her team tested bedbugs from the time they were hatched through the five stages of babyhood and as adults. The parameters of the experiment included testing babies just hatched — before and after they were fed. Then they looked at each consecutive stage of growth, and when they became adults, she looked at both females and males in groups and by themselves.

“We started out looking at two colors,” McNeill said. “We knew white was our standard and then we tested red, orange, yellow, blue, green, lilac, and violet.”

They knew bedbugs are nocturnal, so the first experiments took place in the dark, and the results showed no specific color preference. Once the lights were turned on, the results changed drastically.

“We gave them the same sequence of colors with the lights on and they would choose a particular color,” McNeill said.

The researchers discovered bedbugs tend to prefer red and black, and tend to stay away from green and yellow.

“I always joke with people, ‘Make sure you get yellow sheets!’” said McNeill. “But to be very honest, I think that would be stretching the results a little too much. I think using colors to monitor and prevent bedbugs would have to be specifically applied to some sort of trap, and it would have to be used along with another strategy for control. I don’t know how far I would go to say don’t get a red suitcase or red sheets, but the research hasn't been done yet, so we can’t completely rule that out.”

McNeill hopes her research can help lead to finding better ways to trap or eradicate bedbugs.

“We are thinking about how you can enhance bedbug traps by using monitoring tools that act as a harborage and are a specific color that is attractive to the bug,” said McNeill. “However, the point isn’t to use the color traps in isolation, but to use color preference as something in your toolkit to be paired with other things such as pheromones or carbon dioxide to potentially increase the number of bedbugs in a trap.”

“I completed this study in 2012. However, shortly thereafter someone published another study very similar to mine,” said McNeill.

As she read the study, she noticed that other scientists had put all the life stages of bedbugs together in one group as they did color tests, but did not include females in color choice experiments.
“My research went a step further to investigate different factors such as gender, life stage, aggregation and nutritional status that could affect bed bug color choice,” she said.

She decided to submit her paper for publication, pointing out the differences in her own study, and was ultimately accepted by the Journal of Medical Entomology with revisions. Completing the revisions as a full-time teacher was challenging, but three years later, with the help of her husband, Union College engineering professor Seth McNeill, she revised her paper and re-submitted it.

The article, “Behavior Responses of Nymph and Adult Cimex lectularius (Hemiptera:Cimicidae) to Colored Harborages,” co-authored by her husband, along with Roberto M. Pereira, Phillip Koehler and Rebecca Baldwin, has drawn attention this week from a variety of news media around the world. In the past few days, McNeill has done interviews with Newsweek, CNN International, Entomology Today, Canadian Broadcasting Corporation, Australian News Network, The Times (London), and others. Her work has been featured in other sources including, BBC News, CNN, Time Magazine, The Smithsonian, Science Magazine, Nature World News, The Chicago Tribune, Pub Med Health, Health and Global News, Science Daily, International Business Times, The Washington Post, Discovery News, Self Magazine, Women’s Health, and Elle Decor.

“God will put you in the most unexpected places and you will find it’s where you were meant to be,” McNeill said, happy to be sharing her love of bugs with Union College students.