Treasury Report Emphasizes Accountability, Faithfulness in the Use of Funds 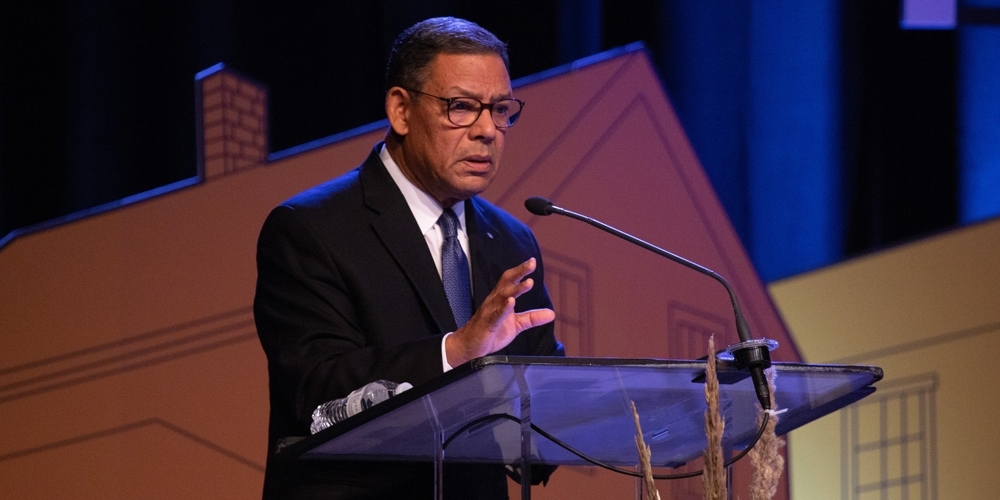 The Seventh-day Adventist Church takes the use of church monies very seriously, said General Conference treasurer Juan Prestol-Puesán in presenting the Treasury Report on October 14, 2018. Prestol-Puesán’s report, which opened the business sessions of the 2018 Annual Council in Battle Creek, Michigan, United States, shared some of the ways the church ensures a careful managing of its funds.

“Tithe is sacred,” he noted, “and we do not deal with it trivially.”

Prestol-Puesán said that so far this year, the church has been blessed with a 9 percent increase in tithe from the North American Division (NAD). It has also experienced good increases from other countries around the world. “We think it is the result, at least in part, of a renewed emphasis that church leaders have been giving to stewardship,” he said, something that has also contributed to the overall financial health of the church.

“The financial statement shows a better picture than a year ago,” revealed Prestol-Puesán. “Even as our income is slightly lower due to lower investment returns, our expenses are lower, and the net results still show a positive number.”

It is remarkable, said Prestol-Puesán, since the strengthening of the U.S. dollar affects the funds received from countries with other currencies. But “the process of hedging on certain currencies has reduced some of the negative effects of the reduction in the exchange rate of key currencies,” he reported.

Prestol-Puesán devoted considerable time of his report to provide clarification about the use of an “extraordinary tithe,” a term used to designate sizable tithe returns given under special circumstances. The GC received the last installment of those funds in late 2017. An article specific to this story is available online.

“We wish to assure the church that the reason why this matter is critical is because we deal with tithe carefully,” he said. “Extra caution is exercised to deal with [tithe] in the most respectful and appropriate manner.”

Financial objectives of the current church administration continue to be clear, said Prestol-Puesán. They include operating on a balanced budget, maintaining adequate levels of liquidity and working capital to honor the obligations of the world field, and providing a meaningful support service to the regions and programs that interact with the General Conference.

Other objectives Prestol-Puesán mentioned include continuing allocations for operational efficiencies (within the GC building space reallocation program) and maintaining a high level of quality training for treasurers around the world. He also pledged to keep working in cooperation with other departments to achieve even better efficiencies.

Operating Under the Cap

Associate treasurer Ray Wahlen next presented four items recommended by the Strategic Planning and Budgeting Committee. Among them, he highlighted that for the second straight year, the in-house operating budget of the General Conference has been held under the 2-percent operating cap. The operating cap (calculated as 2 percent of global tithe) is the limit for expenditures at the GC headquarters, including salaries and related expenses.

Wahlen also reported that budget reserves now top U.S.$13.9 million. “This is the planned portion of the total that was set aside in 2016 to assist the church through the period in which the GC Executive Committee voted to reduce the tithe percentages from North America [NAD].” (Every division other than North America contributes 2 percent of their tithes to the General Conference, while North America contributed 6.35 percent in 2018 and will keep lowering that contribution to 5.85 by 2020 as per voted GC policy.) Wahlen said that financial leaders are thankful budget reserves keep growing. “We praise the Lord that we did not need to use this reserve in 2017, and it is anticipated that this will be the case in 2018,” he said.

Another important recommendation in the Financial Report involved continually enforcing the accountability for the use of tithe. “By policy, all the tithe-based entities of the church must prepare a structured report on the use of tithe both for their organization and the entities that report to it,” explained Wahlen. The General Conference and the 13 church divisions around the world have already completed their reports, and it is expected that by 2019 union conferences, as well as local conferences and missions, can also complete the process. “All levels of the church must begin to report this information on an annual basis,” he emphasized.

One final recommendation deals with the use and allocation of the 2020 General Conference Session offering. It refers to an item on the Annual Council Agenda, which recommended: “To designate [the special offering] for the One Year in Mission program.” It was reported that detailed guidelines for the use of funds will be prepared by General Conference Youth Ministries, with input from Presidential, Secretariat, and Treasury.

Comments From the Floor

As the chair opened the floor for comments, several Executive Committee members approached the microphones strategically placed across the hall, mostly to thank Prestol-Puesán for the clarifications provided. “I want to thank you for the explanations you provided about the use of tithe,” said Inter-American Division treasurer Filiberto Verduzco, summarizing what seemed the general feeling of many church leaders.

Requesting further clarification, Norwegian Union president Victor Marley asked about a commitment the GC Investment Management Committee made earlier this year to make sure no church funds are invested in corporations that manufacture weapons or are related to it. “Has the action [to divest in those companies] been implemented?” he asked. Prestol-Puesán assured him that that was the case. “Yes, we have divested completely from any suspicious investments,” said Prestol-Puesán; “however, there is no way to know every detail of every company in which we invest. But it demands constant overseeing.”

In reflecting on the challenges of the financial management of church funds, Prestol-Puesán quoted a statement of church co-founder Ellen G. White, who wrote, “Our heavenly Father has a thousand ways to provide for us that we know nothing about” (Special Testimonies, January 7, 1886, par. 9). He concluded by thanking the many supportive leaders and treasurers around the world that facilitate the work of the church and by sharing his unwavering confidence in God’s leading. “The Lord [will] fight the battle for us,” he said.