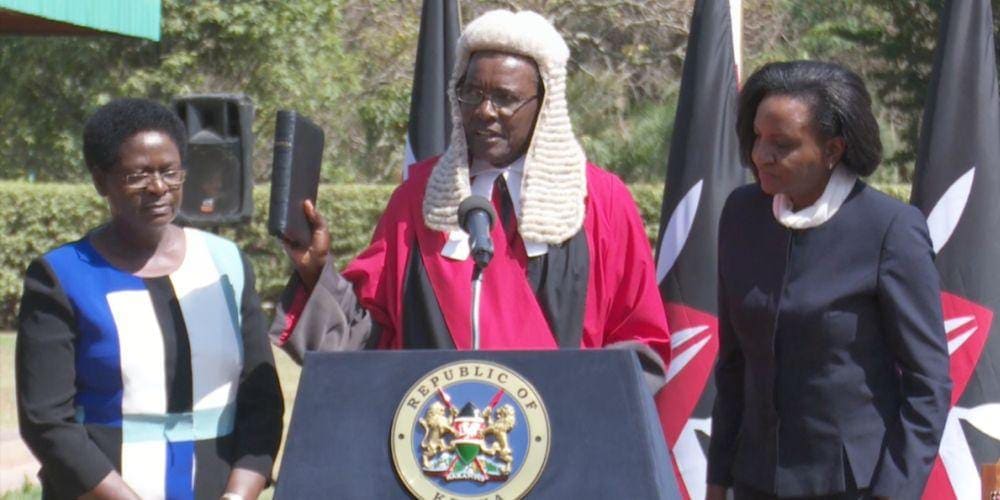 Less than a year after being sworn in as president of Kenya’s Supreme Court, Seventh-day Adventist Chief Justice David Maraga is back in the spotlight after nullifying recent national elections that purportedly were hacked.

It is not the first time, however, that Maraga, who became Kenya’s top judge in October 2016, makes headlines. During the vetting process that ended up with his nomination to the Supreme Court last year, Maraga had told the Judicial Service Commission that if elected, he would not hear a hypothetical case on Saturdays, the Seventh-day Adventist Sabbath. Following biblical injunctions, Adventists abstain from doing regular work from sunset Fridays to sunset Saturdays, devoting that time to God, family, and neighbors.

“The greatness of a nation relies on its fidelity to the Constitution and adherence to the rule of law...."

“It would be very difficult for me to sit on a Saturday to hear a case,” Maraga had told the commission responsible for nominating Supreme Court candidates to the president, according to media reports. “I would rather talk with my colleagues in the court to accommodate me and exempt me from sitting if the hearing extends to a Saturday.”

From Theory to Practice

Maraga had an opportunity of putting his convictions to practice after the August 8 national elections in Kenya were contested. Elections gave incumbent President Uhuru Kenyatta 54% of the votes, but his opponent Raila Odinga said he had evidence of elections hacking and appealed to the country’s Supreme Court.

The first hearing of the case had been scheduled during day hours of Saturday, Aug 26, according to a Kenyan news outlet. At the request of Maraga, however, and in a first in that African nation, the hearing was postponed till 7 pm, to accommodate for the top judge’s beliefs.

However, the case has not proved to test only Maraga’s beliefs but also his resolve. After he and his colleagues followed judicial proceedings for cases such as this, on September 1, the judge ruled to nullify the August 8 elections and to call for new elections within 60 days.

Maraga’s ruling has made him “a household name almost overnight” according to a Sept 2 report in the New York Times.

A BBC news report on the ruling shared that several Kenyan newspapers have highlighted Maraga’s reputation as “a person of integrity,” which they attribute to his being “a devout Seventh-day Adventist.”

According to media reports, Maraga’s ruling absolved President Kenyatta of any misconduct. The judge based his ruling on the electoral commission’s relationship to what have been called “irregularities and illegalities” within the election process. While some political analysts believe irregularities might not have affected the elections results, the ruling implies that the integrity of the whole system was compromised, something the Supreme Court decision is attempting to address.

“The greatness of a nation relies on its fidelity to the Constitution and adherence to the rule of law,” wrote Maraga, according to an opinion piece posted on aljazeera.com written by Nanjala Nyabola, a Kenyan political analyst.

While the president’s supporters are said to be disappointed with the ruling, many praised the Supreme Court decision as evidence that Kenya’s democracy is continuing to develop.

“We’re heading towards the right direction,” one Kenyatta’s supporter told the Times even as he said he didn’t like the ruling.

Several media reports highlighted that for many citizens the Supreme Court decision is a crucial test for Kenya’s democratic institutions and according to these reports, Kenyans seem to be more interested in the independence of the nation’s judiciary than in the success of their candidate.

For his part, President Kenyatta told national and international media outlets that while he does not agree with a ruling that seems to disappoint millions of his supporters, he will respect and abide by the ruling. As of September 4, a new election date has not been announced.