To Be Scared of Witches, or to Focus on the Light 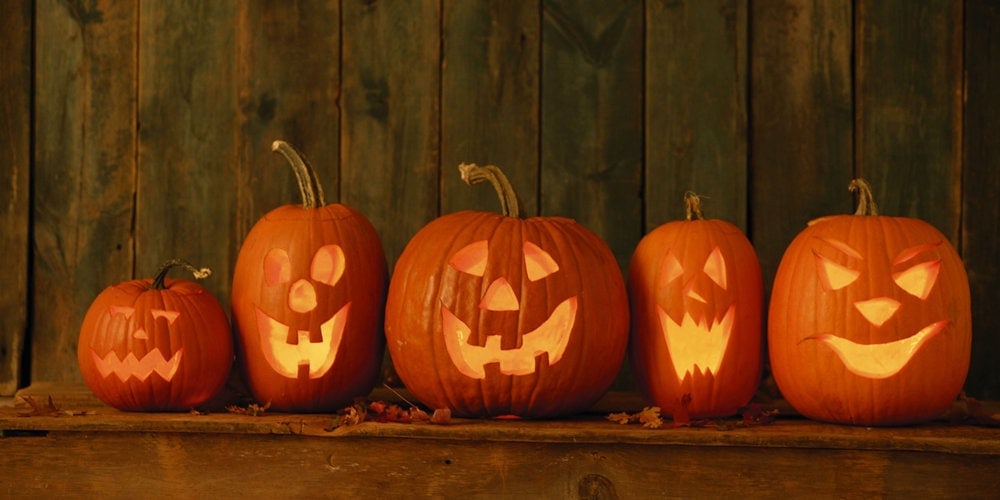 I got confused driving home on Monday evening.

It wasn’t the traffic that puzzled me but a radio show that shared stories of people who had found doppelgängers — people who looked exactly like them — on the Internet. What does it feel like to look into someone's face and see yourself? Spooky!

The radio show host interviewed a man who had found people who shared his name and how he had connected with them. The host suggested that listeners try a Google or Facebook search.

So when I got home, I did just that. After all, I thought, there can't be that many Victor Hulberts in the world.

There aren’t. On Facebook I found only three: me, a retired pilot in Kerrville, Texas, who seems to have a liking for playing Texas hold ’em and, more interestingly, a 42-year-old African-American in Zachary, Louisiana, who is happily married and dotes on his two children. Among his Facebook comments that caught my eye, he wrote: “Is there such a thing where one parent has a favorite child over the other? We should love both the same no matter what. ‘Love,’ a strong word thrown around a lot but never put to the test when it comes to our kids. Just something that was on my mind. Don't just say it. Show it!”

I couldn't agree more. I was almost, but not quite, tempted to ask to become his friend. Just think: two Victor Hulberts becoming friends whose only connection is a common name. I wonder how that would work out?

Google was less helpful. After a couple of pages highlighting various pieces of my work, written, television, public presentations, and a number of things I'd even forgotten that I'd done, the only namesakes I found were dead: New Zealand World War I veteran Leslie Victor Hulbert, who died Oct. 21, 1916, age 29, a casualty of the Battle of the Somme in northern France; Bernard Victor Hulbert, an Australian gunner who also served in World War I but with better fortunes because he only died in 1964; and finally, a 3-year-old Victor Hulbert in the 1901 census whose birth was registered in Rochford, Essex, Britain.

If you are a John Smith or Joe Brown, you may be used to meeting people with the same name. I've never met another Victor Hulbert. In fact, outside my own family, I've only met one other Hulbert: the provost of Perth and Kinross Council John Hulbert. I mentioned to him that I’d seen the grave of a missionary named Hulbert on the remote Scottish island of Iona. “That’s my father,” he told me. The late Hulbert had been a missionary in India and the Americas and finished his days serving in the Iona Christian community. It was another random connection, with my parents also having been missionaries, not in India but in West Africa.

Of course, there can be a scary side to doppelgängers. Fiction loves it: “Invasion of the Body Snatchers,” Hitchcock’s “Vertigo,” or even hark back to Charles Dickens' “A Tale of Two Cities.”

But is there an even older story?

Isaiah paints a picture of Satan trying to be a doppelgänger of God: “I will ascend above the tops of the clouds; I will make myself like the Most High” (Isaiah 14:14, NIV). Satan has been playing that game ever since — and will be playing it this weekend.

The Christian calendar labels Oct. 31 as All Hallows’ Eve. In more recent times it has come to be known as Reformation Day in acknowledgment of Martin Luther choosing that date to post his 95 theses to the church door. Yet the day is also a doppelgänger, Halloween, an event taken over by the dark side, the antithesis of a Christian festival.

What should Christians do? Ignore it? That’s probably not an option. Point out its dangers? There is plenty of material out there, including a recent article in the Adventist Review.

How about providing an alternative? Last Sabbath I preached at the Leamington Spa Mission, located about a two-hour drive northwest of London. During the announcements I heard about a “light party.” While other children may be out trick and treating, these children and their friends will be celebrating light with a program that points to the Light of the World. Scripture Union is among the organizations offering these kinds of alternatives. The Evangelical Alliance also tackles the issue head on with some positive alternatives.

Several years back I was privileged to attend an event in Weston-Super-Mare, a town located about 2 1/2 hours by car west of London, where several churches joined together to provide a Christian alternative, again focused around light rather than darkness. It was an inspiration that I’ve never forgotten. I have friends who treat the day in various ways. One friend asks trick or treaters to sing a verse of a Christmas carol before she gives them a cookie.

So how will you spend Halloween: afraid of the doppelgänger or finding a way to use it to share the light?

“And with this Word, God created all things. Nothing was made without the Word. Everything that was created received its life from him, and his life gave light to everyone. The light keeps shining in the dark, and darkness has never put it out” (John 1:2-5).