Thousands of people received free medical services in Papua New Guinea during a two-week effort by the local Seventh-day Adventist Church to share Jesus through actions rather than words.

More than 300 patients received dental services and general health checks daily at a special clinic run by more than 50 doctors and nurses during the “Bereina Mission 15” project, organized by the church’s Central Papua Conference in Bereina, a town of about 1,800 people located 100 miles (160 kilometers) northwest of the country’s capital, Port Moresby. Doctors also performed more than 30 surgeries, the South Pacific Adventist Record reported.

At the same time, a new maternity ward was built and furnished for Bereina’s main hospital with the assistance of more than 100 carpenters, plumbers, painters, electricians and welders.

Local lawmaker Peter Isoaimo officially opened the maternity ward and allocated a plot of Bereina land to the Seventh-day Adventist Church so it could continue to provide health and education services to the needy.

About 800 adults and young people cut grass and cleaned up the town daily. Adventist volunteers also offered maintenance work to underprivileged members of the community and taught sewing and cooking classes.

Health presentations were held every night for the duration of the project.

“The response was overwhelming,” said Cameron Wari, the conference’s communication director. “About 1,500 to 2,000 people attended these presentations.”

Forty-four new and former church members were baptized in the Polynesian island nation of Tuvalu in the largest baptism service in recent memory.

The baptisms are a testament to the work of the local Funafuti church, which decided to reach out to former members after participating in a “Reconnecting Missing Members” workshop hosted by Trans-Pacific Union Mission personal ministries director Luther Taniveke in March, the South Pacific Adventist Record reported.

Funafuti’s youth and two frontline workers from Fiji began visiting and praying with former church members and their friends. As a result of their efforts, 60 people — including many former members — attended a public evangelistic series hosted by Ronald Stone, Ministerial Association and Global Mission director for the Trans-Pacific Union Mission.

The two Fijian volunteers will stay in Tuvalu, located in the Pacific Ocean halfway between Hawaii and Australia, until August to help the Funafuti church community nurture and support its new members.

A Seventh-day Adventist church located an hour’s drive north of London took their Sabbath morning service out of the building and into the town square.

The outing, organized by the Harlow Central Adventist Church’s personal ministries department, sought to take the church to the people by offering inspirational singing by children, young people, and other church members, followed by a message based on John 3:16 by pastor Vasil Vartsaba.

“Many of the people shopping stopped by to listen to the melodious singing and enjoyed the music played by our gifted musicians,” church member Dinesh Phasge said, according to a statement from the British Union Conference. “The children’s presentation in particular attracted much attention.”

While people listened, many accepted DVDs on end-time prophecies, Steps to Christ books, and health literature. Many people also stopped to talk with church members at various locations around the Harlow town square.

“At the end of the day, church members praised God for the opportunity to spread His Word,” Phasge said. “They are already planning their next interaction with the community.” 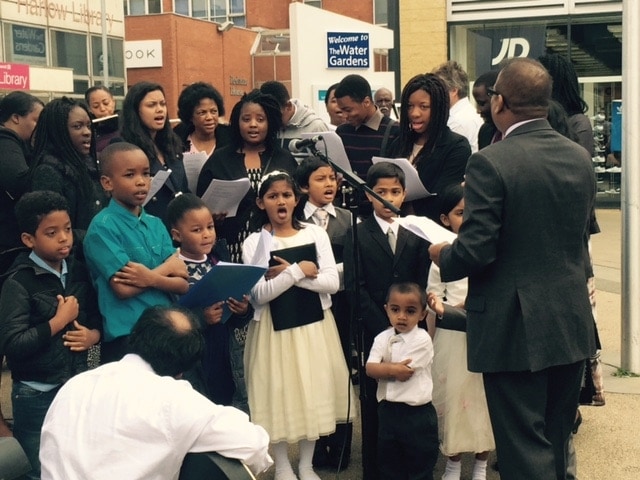 On the 100th anniversary of the death of Adventist Church cofounder Ellen G. White, the British Union Conference asked two of its leaders whether White is still a critical figure in the church today, or should her books just be left on the shelf as works of history.

Ian Sweeney, president of the British Union Conference, which covers Britain and Ireland, said the challenges that Adventists face today are similar to those from 100 years ago — and White offers advice for situations where there are often no easy answers.

Radisa Antic, director of the Ellen G. White Research Center at Newbold College, said White’s role is to help people better understand the Bible and put it into practice.

Brendy Lindsay noticed her English-language learner students at Auburn Adventist Academy in the U.S. state of Washington were asking more questions this school year about the Bible.

The students, many with atheist or Buddhist backgrounds, wanted to know where to find specific answers in the Bible but did not own Bibles of their own.

“We don’t force students to take a Bible,” Lindsay said. “We give them a choice.”

The Auburn-based academy’s English as a Second Language department provides training in reading, writing and grammar. The academy also offers a religion class for international students that provides an overview of Christianity.

Green Lake Church also donated boxes of Ellen G. White’s Desire of Ages, Steps to Christ and The Great Controversy, which Lindsay has left in her classroom for students to take.

“My students are excited to learn about Jesus,” Lindsay said. “They are so open, and they are even asking where to find Christian churches in their hometowns. We are changing the world from where we are in Auburn, Washington.” 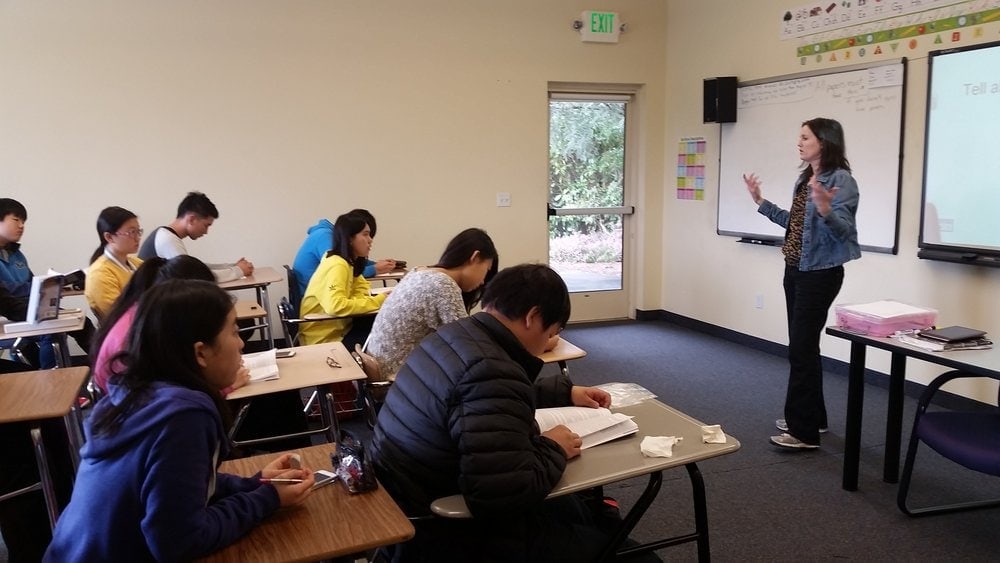 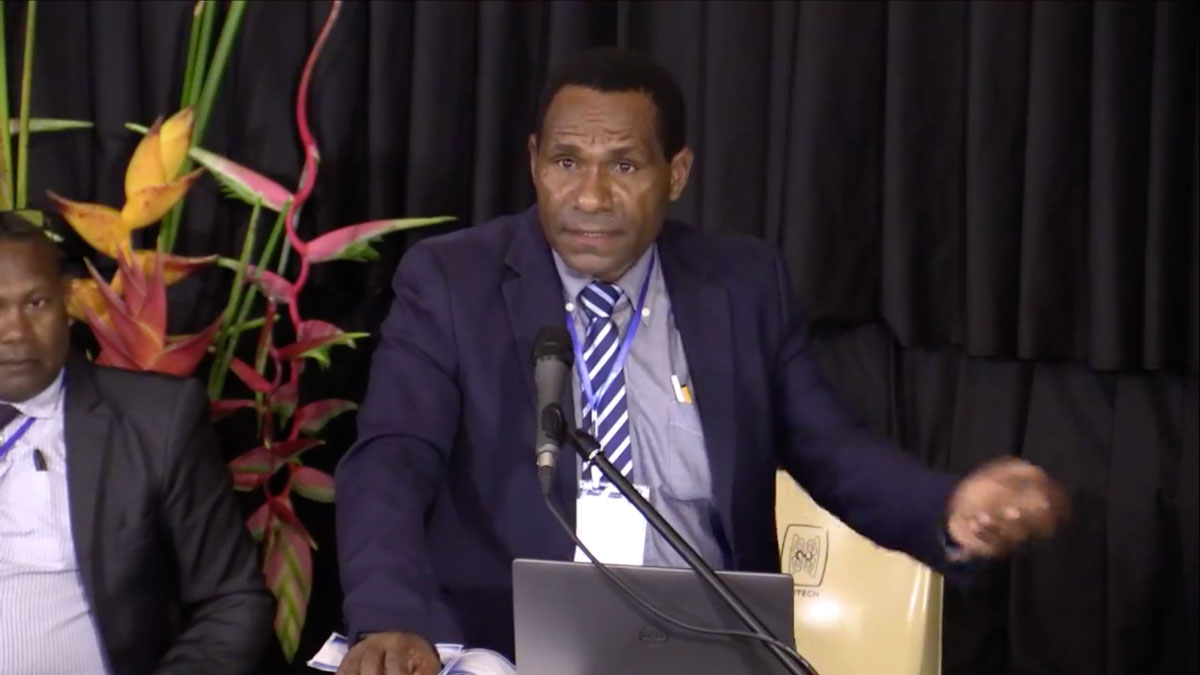