This Little Bike of Mine 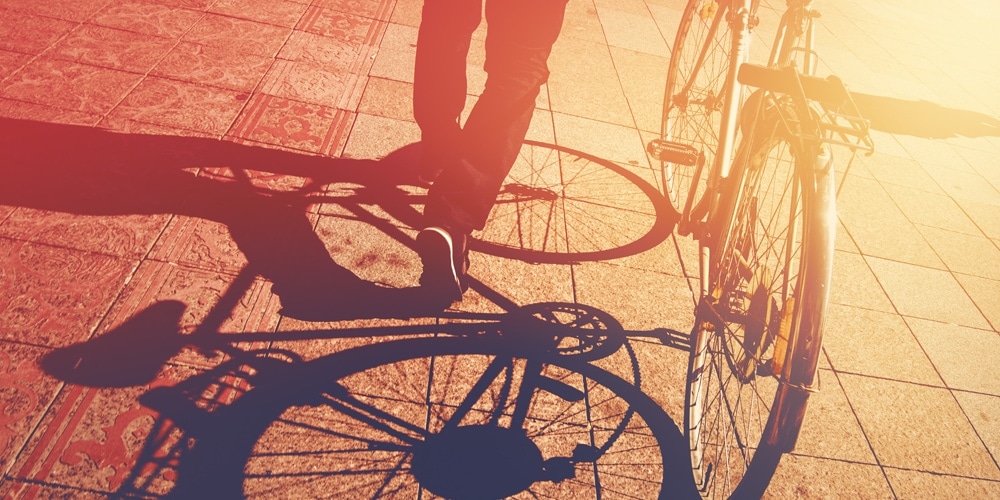 Sean Bernardo is like many other 10-year-old boys. He enjoys playing video games, he is sometimes annoyed by his two younger sisters, and he loves sports, and pretty much any activity that lets him burn off his energy. In fact, Sean used to have so much restless energy that he sometimes had trouble sitting still.

A few years ago, in an effort to channel his son’s energy and also bond over a shared interest, Sean’s father, Ardison began taking him on bike rides. Together, they would ride for long periods of time without tiring, and Ardison began to wonder just how long his son could last. At one point he asked Sean, “Why do you have so much energy?” to which the boy replied, “God gives it to me.”

An idea was soon hatched to use Sean’s energy and new passion for a greater good. Ardison, pastor of Bramalea Filipino-Canadian church in Brampton, Ontario, Canada, and his wife, Cindy, had always endeavored to teach their children about being engaged in ministry and their community. Ardison planned Sean’s first bike ride fundraiser as an event to help send the youth of their church to a Generation of Youth for Christ (GYC) convention in Orlando, Florida, United States.

A goal of 53 kilometers was set, and on May 2013, Ardison and Sean rode together on an unpaved trail around Brampton. Despite the challenge of using a single-gear bicycle on rough terrain, Sean persevered, and the father-and-son pair completed the ride in just under eight hours. Approximately $1,000 was raised for GYC, and a spark was ignited in Sean.

While Sean enjoyed being surrounded by nature, the rough terrain proved difficult, so the next year, Ardison decided to switch to a paved trail. On August 2014, the pair embarked on a new challenge—a 100-kilometre round-trip jaunt along the Toronto waterfront. Sean’s passion for Pathfinders led him to fundraise for the “Bible and a Buck” project at the 2014 International Pathfinder Camporee in Oshkosh, Wisconsin, United States, which aimed to collect 25,000 Bibles for distribution to countries with little or no access to it.

Armed with a larger multi-gear bike (in fire-engine red!), Sean and Ardison began their journey in Scarborough, Ontario. This time, instead of riding straight through, the pair enjoyed the scenery along the waterfront, stopping for photos and breaks along the way. Unfortunately, Mother Nature did not fully cooperate, and halfway through the ride, it began to rain.

At first, Sean was not bothered by the drizzling rain—he found it refreshing after the restrictive heat earlier in the day. However, as the rain continued, their clothes became more soaked, and fears of slipping on slick trails forced the pair to seek safety under a picnic shelter until the rain abated. Sean’s mother, Cindy, began to worry about her husband and son as the day wore on and temperatures began to drop. God watched over them, however, and though they had to cut the route short, they managed to complete 86.6 kilometers that day.

Despite the setbacks, Sean raised enough money to buy 100 brand-new Bibles for the Bible and a Buck project and delivered them personally to the camporee.

In 2016, Sean prepared for his biggest challenge yet. Doubling his previous goal, he planned a 200-kilometre round-trip from Oshawa to Mississauga, Ontario, over two days. He also set his fundraising sights higher, casting his net beyond the membership of the Bramalea church for the first time and reaching out to the Filipino Adventist Ministries Coordinating Council (FAMCC) churches in Ontario.

Sean was invited and agreed to speak at several churches in the Greater Toronto Area (GTA) leading up to his bike ride. Sharing his naturally shy disposition, Cindy expressed her admiration of Sean stepping outside of his comfort zone to raise funds for evangelism.

“Most people thought that [riding for 200 kilometers] was inspiring,” she said. “But … what was more inspiring for me is when his dad told him that he should speak in the Filipino churches. You see, he’s shy. He’s not a confident speaker…. He had to master that fear. He had to overcome his shyness.”

Sean readily admits the nervousness he felt each time he stepped into a new church, facing people he had never met before. Despite his fears, Sean continued to visit churches and step up to the pulpit. For two months in the summer of 2016, Sean visited a different church every week, not just speaking about his bike ride, but preaching for church services. Displaying maturity beyond his years, Sean regularly gave up his free time to practice his sermons and sacrificed seeing his friends at church while he traveled each Sabbath.

“Do what you can, with what you have, where you are.”

Finally, bright and early on a September 2016 morning, Ardison and Sean departed from Courtice, Ontario, to begin the first leg of their journey. Fortunately, the weather cooperated, and they enjoyed a beautiful sunny day while riding their bikes across the GTA. After completing the first leg, Ardison and Sean spent the night in a hotel to rest and recover.

The second leg of the journey began much as the first. With a bright shining sun, Sean took off toward home. Ardison had begun to feel the strain of cycling, but pushing his discomfort aside, he allowed Sean to continue to set the pace for their ride. And together, father and son rode side by side for eight hours toward their destination: home. Sean was so excited to see his mom again that he was faster on the return trip than during the first leg.

Fortunately, Sean’s hard work and dedication, both in the churches and out on the trails, paid off. After two months of fundraising, he raised $8,000 for an evangelistic series in the Philippines, more than half of the total fundraising earned for the mission trip. Every single penny went to the fundraising effort.

Sean has sage advice for other children who may consider undertaking their own projects. “Never give up.” He is adamant in insisting that whatever your goal may be, don’t quit, or you’ll never achieve it.

When Sean began his first fundraising bike ride at seven years old, he could not have conceived what it would become. Sean has now cycled almost 350 kilometers, raised nearly $10,000 for various projects, and preached at seven different churches. It’s quite an accomplishment for anyone, much less a shy 10-year-old boy. And yet, the goal was never about the money; it was about parents teaching their child about helping others. A simple joy for bike riding was transformed into his own ministry.