The Spiritual Depot: A Home Away From Home 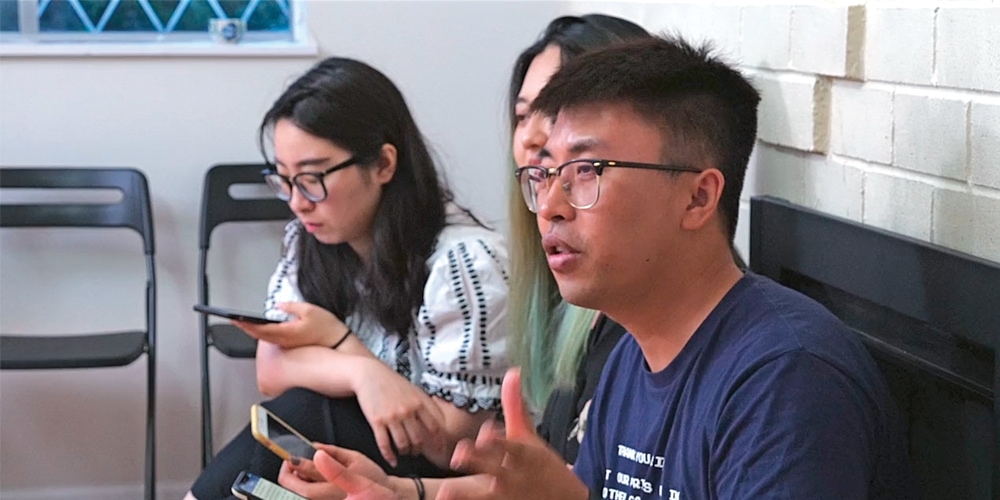 By: Megan Mootoo, for Canadian Adventist Messenger, and Adventist Review

In 2011, Peter and his family decided to make a big change. They moved across the globe from China to Vancouver, British Columbia, Canada, after Peter accepted employment as a skilled worker.

Peter and his family felt alone and lost in a new country. Many had warned Peter and his family about the vast differences between Chinese and Western culture. Still, the family took a leap of faith and made sure to carry their beliefs and values with them.

Fully understanding the plight of loneliness, Peter and his wife determined to do something to help students in the same situation. They created The Spiritual Depot, a house-church type of ministry catering primarily to the Mandarin-speaking Chinese in the metro Vancouver area.

“We started doing this ministry in Vancouver. At first, we were not so sure about its relevance,” Peter explained. “We didn’t know anything else except our own experience, so we just did [our] best [based on] common sense and carried our motto from China into Vancouver — and it so happened that it worked the same way.” Peter’s wife had coined the term “Spiritual Depot” in Chinese.

The Spiritual Depot began meeting on Friday nights. Traditional home-cooked Chinese food, lively music, and messages of hope were shared. The first Friday night worship began with seven people, including Peter and his wife. Most of the guests were classmates from Peter’s wife’s English as a Second Language program. Peter continued, “From then on, God provided different people along the way. During the first few years, while we were still in the Chinese church, we concentrated more on the campus ministry, targeting the overseas Chinese students, inviting them for free food [and a] family environment.”

A definite attraction for many of the young people is the food that is provided every Friday night. Being a student away from home can leave one craving the comforts of familiar food. Peter and his wife treat guests with delicious Chinese meals as a way to alleviate this need. “Whether [they] are Christian or not, they are being attracted. But not only that, it’s fellowship. Free, non-judgmental fellowship and a homey feeling also attracted those overseas people, even immigrants,” Peter says.

Josh migrated to Vancouver to further his studies. He had first met Peter and his family in China. Josh was relieved to find familiar faces when he arrived in Vancouver. He then began to attend the Spiritual Depot meetings. At first, he just attended as an observer, enjoying the food and fellowship. Eventually, his participation grew into a leadership role. He is now helping lead the Spiritual Depot into its next phase of growth. The small group has quickly grown from seven people to 40 to 50 people who now regularly attend Friday night get-togethers. To accommodate everyone, Peter and his family had to begin renting a larger space.

Josh and the Spiritual Depot team are focused on connecting with local Mandarin-speaking students. While they continue to hold Friday night meetings, sharing food and the Word of God, they also provide a space for individuals to share their personal experiences. For example, Spiritual Depot guests are encouraged to share burdens that might be on their hearts or testimonies of how God has helped them each week. One of the main goals of Spiritual Depot is to connect on a personal and relatable level.

As the Friday night gatherings continue to grow, the leaders have introduced a second component to their ministry: weekly Bible study groups. Many attendees of the Friday night gatherings have grown curious about God. Many people have been baptized through the Spiritual Depot. The group’s primary purpose, however, is not to convert people but to meet the people’s needs. Discussing the heart of the Spiritual Depot’s goal, Josh said, “We have different talent[s], gift[s], and then people have different needs. I think the most important thing is [to] serve the needs of the people. You know what they want; you know what they need. And then show you care [for] them and show that you love them. Let them know all of your inspiration and motivation is not from deep [within] yourself but because of the love of God.”

Spiritual Depot leaders continue to encourage the younger members of the group to aspire to lead and carry on the concept of service to those in need, whether their need is psychological or emotional. They hope that The Spiritual Depot will remain operational through the generations so that people may continue to receive help whenever they need it.

The original version of this story was posted by Canadian Adventist Messenger.