The Missionary Priest and the Thankful Atheist 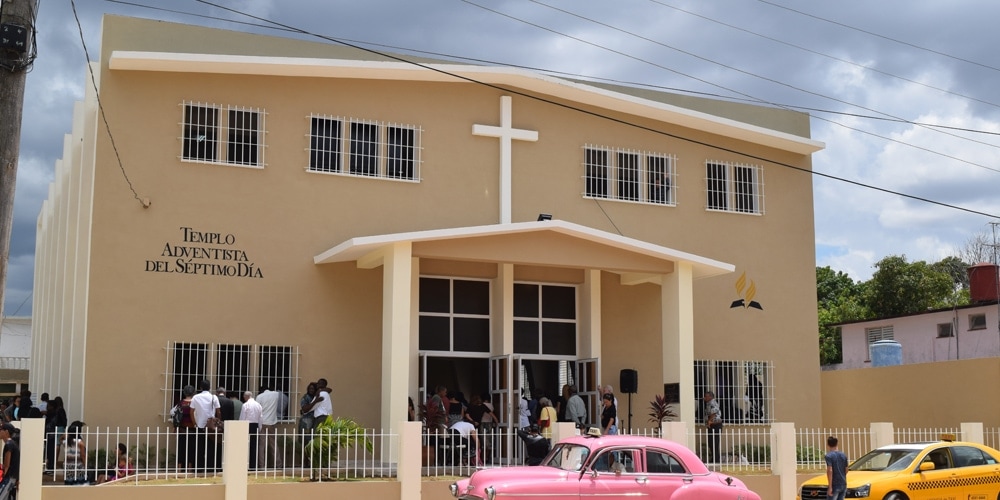 The dedication of a new church building in the town of Cardenas, Cuba, on April 22, resulted in testimonies being shared by some people connected to the event. Among them, two that stand out involve the story of a Catholic priest who became a promoter of the Seventh-day Adventist Church dedication service, and the self-confessed atheist who felt deeply touched by the ceremony. While personal names have been withheld to protect the identity of the people involved, Adventist Review shares these two inspiring stories with its worldwide readership.

“A Priest Sent Us Here”

The town of Cárdenas is not far from the world-renowned resort town of Varadero, a peninsula which—with its over 13 miles (20 kilometers) of white sand beaches—welcomes over one million tourists a year, mostly from Canada and Europe.

A five-member family from a European country had spent over a week enjoying the ocean. As devout Catholics, they missed attending Mass, something they did in their home country on a regular basis.

In the early morning of Saturday, April 22, the family decided to contact one of the area priests to ask for Mass service times and directions.

"If you want to attend church, there is an important event going on in town today.”

“There is no scheduled Mass service for today,” said the local priest to the bewildered Europeans. “But if you want to attend church, there is an important event going on in town today.” Then the generous priest proceeded to give them directions to the Cardenas Seventh-day Adventist Church to be dedicated a few hours later.

After thanking the priest, the family called a cab and arrived at the Cardenas Church just in time to witness the ribbon-cutting ceremony and find five hard-to-get seats inside the brand-new building.

After the service, they promised to come back the following day for Mass, something which allowed one of the Adventist members present at the event to provide them with a crash course on the day of rest honored by Seventh-day Adventists according to the Bible.

“This is a topic I will keep studying,” said the father of three. “I’m going to check it out in my Bible.”

And no matter how many times people would ask them how they had found out about the Adventist church dedication service, the European family’s answer was always the same, “A priest sent us here,” they would say.

“I Don’t Know What Happened to Me Today”

The man was a self-confessed atheist, and he made that clear as soon as he arrived at the new Cardenas Church building to film the event on the morning of Saturday, April 22.

An experienced professional in the tourism industry, a few days before, he had received a call from a Cuban Seventh-day Adventist friend now living in the United States.

“I want you to attend the Cardenas church dedication service,” she had told him, and added, “and I want you to record every single part of the program, and send it to me so I can watch it too.”

“Something has been triggered inside of me. I am at a loss for words!”

As a tourist agent, he was not particularly interested in a Christian church dedication service, but trying to please his expatriate friend, he made it to the Cardenas Church just in time to record the event and so fulfill her wish.

Over three hours later, as Cuba Union church region president Aldo Pérez was greeting members and guests, a man with tears in his eyes approached him. It was the atheist tourism professional.

“I don’t know what happened to me today,” the man said, “but this dedication service has touched my heart!” As Pérez embraced him, the man added, “Something has been triggered inside of me. I am at a loss for words!”

Now Pérez has put him in touch with the local pastor, so the man can hopefully get to know the One who started a fire in him that decades of atheism could not ignite.

Two wonderful stories, two amazing testimonies which show that no matter how unlikely the odds, God is always ready to use any willing and even unwilling instrument for the sake of His name.