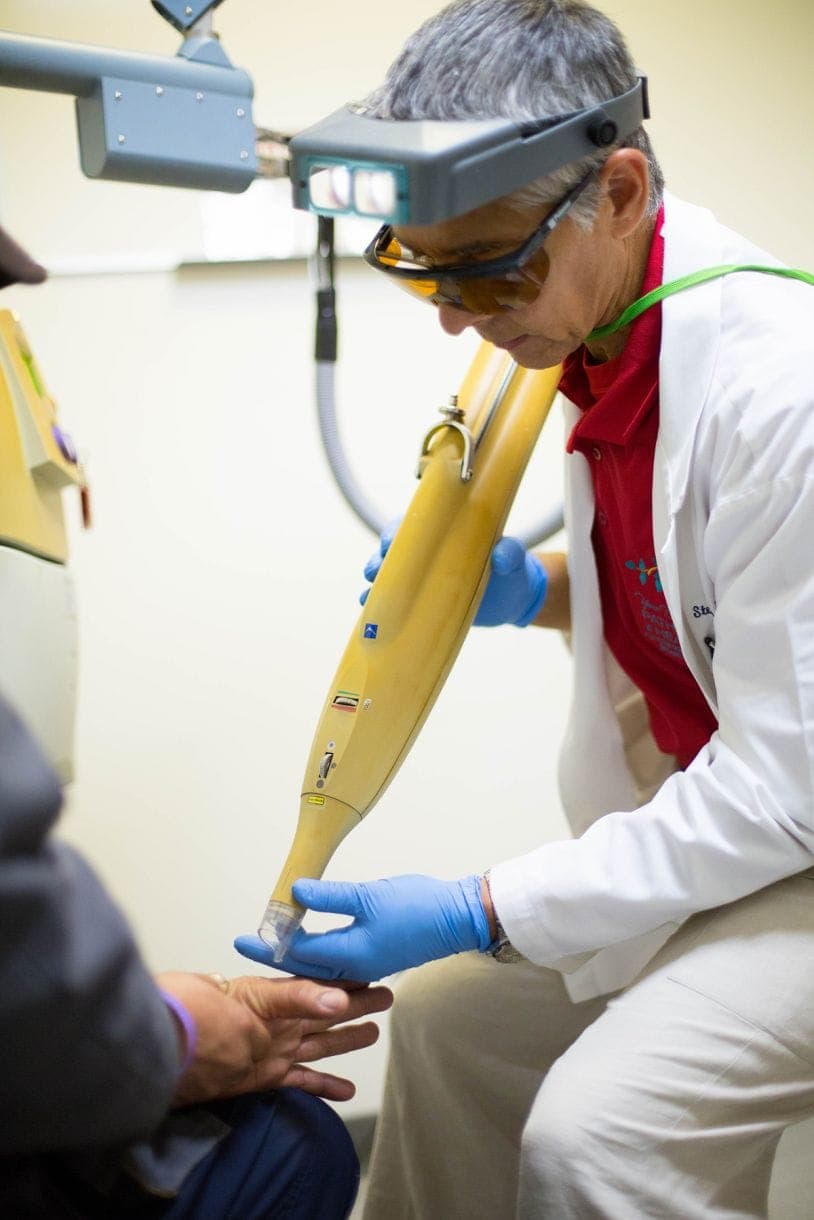 Nervous energy tinged the atmosphere around the half-dozen patients waiting for laser tattoo removal at the Seventh-day Adventist-organized free mega-clinic in Los Angeles.

Jittery small talk ensued as a diverse group sat lined up next to a small office. The tiny room was outfitted with medical equipment, including a powerful laser wielded by Steven Popkow, a board-certified family practice doctor and laser medicine specialist.

Registered nurse Mirjana Popkow, his wife and clinic assistant, went over paperwork with each patient. Her smile and gentleness calmed the patients as she prepared each for the removal process.

“Our hearts are here for helping people, doing good, changing people’s lives,” Mirjana Popkow said. “Today was probably one of the most incredible experiences that we’ve had.”

What made last week’s experience so incredible for the Popkows were patients like Jordan Overby.

Overby, 25, learned about the three-day Your Best Pathway to Health event in the Los Angeles Convention Center from his roommate when he woke up that morning. The two hurried downtown, got in line, and received several services. Overby got his eyes checked, his hair cut, and his tattoo removed.

But for Overby, it was more than getting the ink out.

“I moved to Virginia at age 14,” he said. “But I was kind of alone. My parents both battled drug addiction.”

His had been a Christian home. But without parental support and care, Overby began to lose his faith in Christ. With his spiritual life disintegrating, he carved the tattoo in his forearm.

“I tattooed a crucifix with fire coming from the edges on my left forearm. I did it myself,” he said. “I felt alone — and I didn’t want to believe in God. I was a child and wondered that if Christ was real, why would He let this happen to me?”

He was homeless a year later.

But Overby’s life changed drastically when his high school track coach invited him to move in. Overby spent half his junior year and all his senior year with the coach, until he graduated and went to college. He’s been healing ever since. 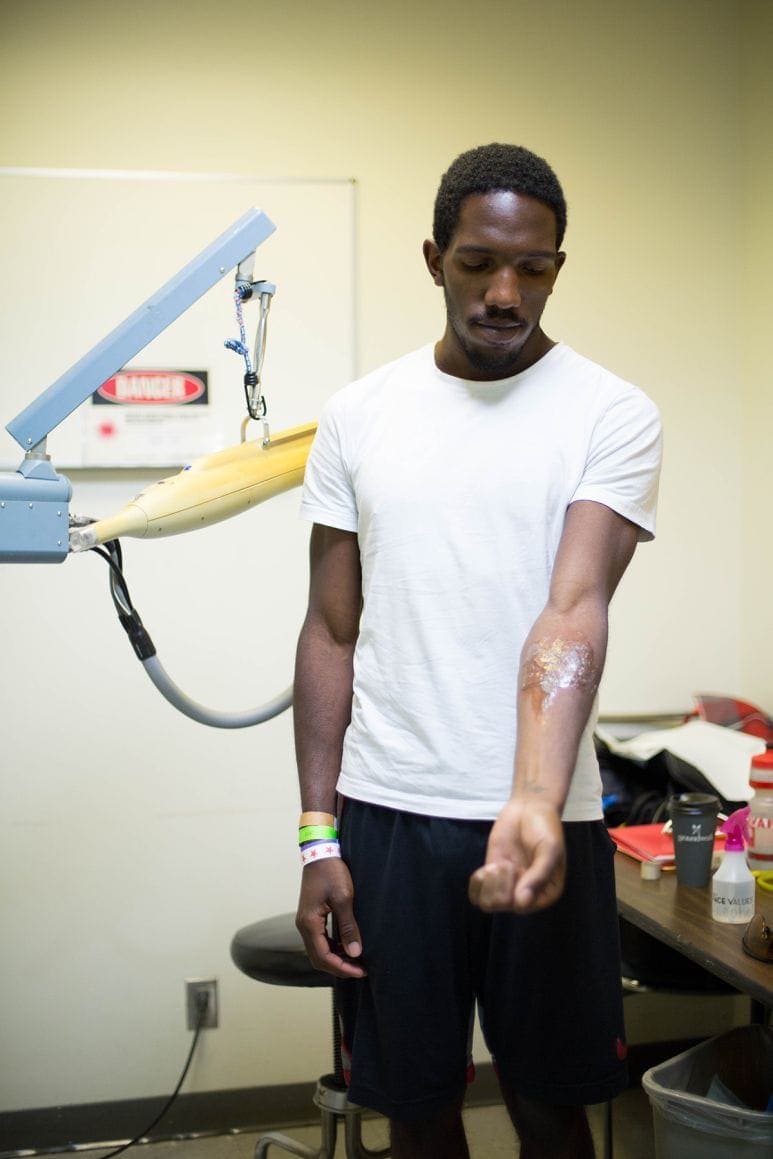 “I learned forgiveness and discipline,” Overby said. “I’ve got a spiritual strength now that I didn’t imagine I would have.”

Working with artist friends, Overby is pursuing a career in fashion design — and working on correcting his life course. Part of that was getting rid of the tattoo.

“I just wanted to have the tattoo removed and go from there,” he said. “Lately, I’ve been righting wrongs. … Sin starts in the heart and it’s been holding me back in life.”

He said he didn’t wake up in the morning planning to get the tattoo removed.

“But the opportunity presented itself,” he said. “I got my vision checked, and they told me about the tattoo removal. I thought this was the perfect opportunity to right that wrong, to go about my life knowing that I corrected a mistake.”

Steven Popkow, who has helped thousands of people erase mistakes, understands the need to do so.

“I like helping people who want to get rid of the past,” he said. “Standard approach when I was in med school was to cut them out. That’s the kind of barbaric extent people would go to get rid of tattoos.”

With laser treatment, it is a much easier and faster removal.

At the mega-clinic, the Popkows treated nearly 100 patients, using the laser to perform both nail fungus infection treatment as well as tattoo removal. The couple has run several tattoo-removal ministries from various California churches for more than 20 years, but most patients are now treated in their office on a pro bono basis. Patients who are able to pay for treatment help subsidize those who aren’t.

“We’ve offered free treatments to gang members, boys, some 16, some even 13, under age. We’ve helped those who come in shackles and orange suits in the hopes of getting gang tattoos removed,” Mirjana Popkow said.

For her husband, removing the ink is “the most dramatic and rewarding.”

“Sometimes a person gets a particular gang insignia or they get a 666 tattoo removed and it relieves their burden,” he said. “I just feel good to be part of that transition and able to help them in some way.”

Volunteers Go to Los Angeles to Bless but Leave Blessed

News
7 Lessons From My Mystery Illness 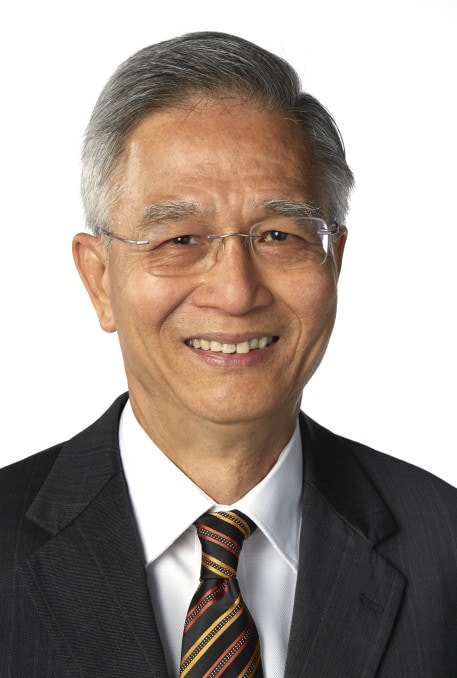