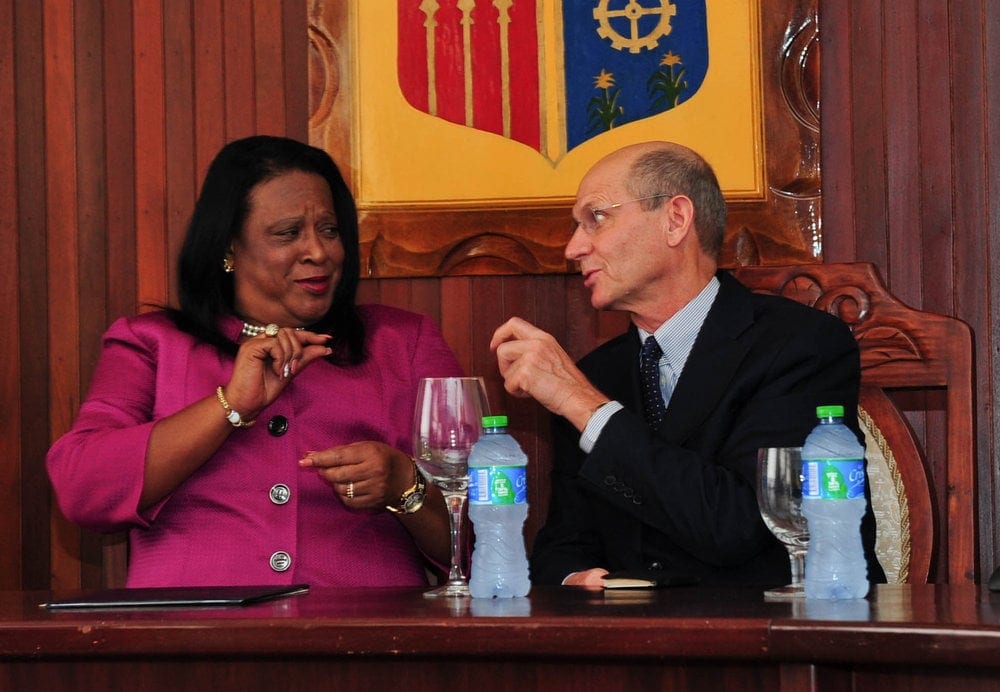 A city in the Dominican Republic has named a street after Seventh-day Adventist Church co-founder Ellen G. White in recognition of her contribution to the world through her writings about God, health, and family.

The decision by La Romana, a city of 127,000 people, marks the first time that a street has been named after White anywhere in the world.

“Words are not enough to greet such high personalities of the Christian world here today to this city of La Romana, which we have declared God’s city,” Suero said in a speech filled with praise for the Adventist Church and its leaders on Thursday.

Wilson and the other church leaders were in the Dominican Republic this week for an annual planning meeting for the world church.

Wilson thanked the mayor for her kind words, the city’s efforts to promote religious freedom, and the commemoration of White’s legacy with the street.

“This reminds us of our history and how God has led us as the Seventh-day Adventist Church,” Wilson said.

“We believe Ellen G. White received visions from God not to bring honor to herself but to point people to the Bible and the God of heaven,” he added. “Her writings on health, family, the publishing work, relationships with people, religious subjects, biblical studies, and education are instructions for us. That’s why Seventh-day Adventists are law-abiding citizens—because they believe in following counsel from heaven.”

As the ceremony was ending, a senior city official made a surprise announcement that the city was donating a plot of land worth more than $100,000 to the church so it could construct a new church building. The 500-square-meter property is located in an upper middle class district.

The announcement was greeted with enthusiastic applause from church leaders, who said there was no Adventist presence in that part of town.

Elena G. de White Street is located in the Villa Alacrán neighborhood and is one block away from the 60-member La Fe de Villa Alacran Adventist Church. Wilson and other church leaders later visited the street to unveil the sign and offer a prayer.

The idea to rename the street came from district councilman Wanchy Medina, a lifelong Adventist member. He said he wanted to recognize White’s significant contribution to the world in health and many different areas, he said.

G.T. Ng, executive secretary of the Adventist world church and chair of the Ellen G. White Estate’s board of trustees, said this was the first time that a street had been named after White and noted that 2015 marked the 100th anniversary of her death.

Israel Leito, president of the church’s Inter-American Division, which includes the Dominican Republic, assured the mayor that she could count on local Adventists to be dependable, peaceful, law-abiding, and respectful of the government.

Cesario Acevedo, president of the Adventist Church in the Dominican Republic, presented Mayor Suero with a plaque on behalf of the church and sets of White books for her and her staff.

“This event means so much to our members here in the Dominican Republic,” Acevedo said. “Our membership respects and appreciates greatly the ministry of Ellen G. White. Our members continue to benefit from her instruction, and this street sign will point to the gems found in her writings.”