Stealing Past the Watchful Dragons 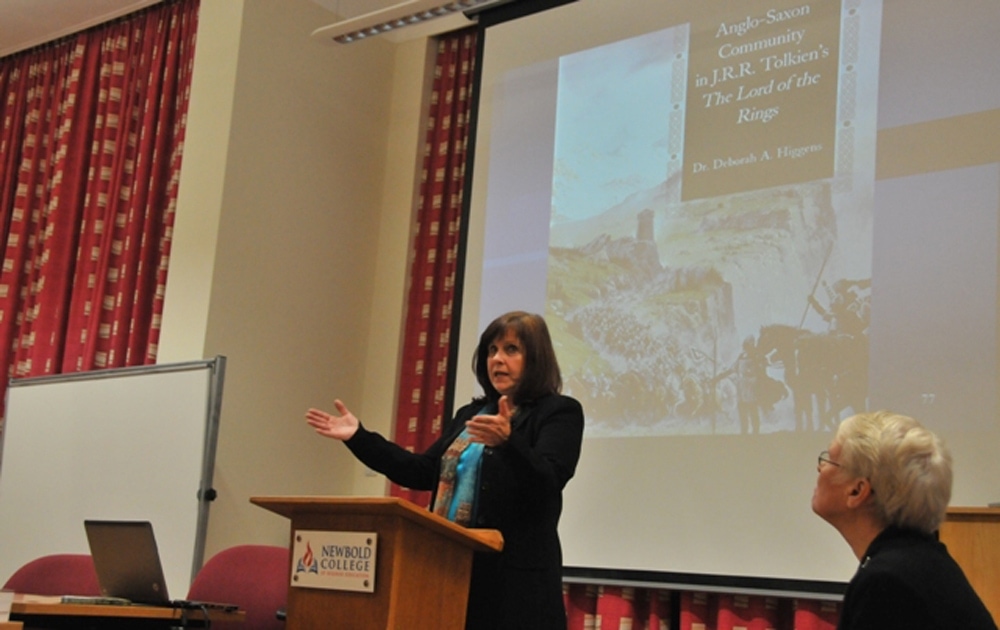 "How
many of you have read a book by C. S. Lewis?" That was the question with
which Debbie Higgens opened the diversity lecture “Inclusiveness in the
Literature of C. S. Lewis” at Newbold College in Bracknell, Berkshire, England,
on April 22.

Almost
everyone in the room raised their hands. Those who hadn't read a Lewis book had
seen one of the Narnia films based on the series of children's books written by
Lewis. As the current Director of the C. S. Lewis Study Centre in Oxford,
Higgens seemed delighted to have an audience of Lewis fans.

Higgens
has spent the last four years as on-site director, living and working at “The
Kilns,” the house on the outskirts of Oxford in which Lewis lived for many
years. As director, she witnesses the enduring worldwide interest in the
Christian witness borne by Lewis in his many writings.

As both
the first academic and the first Adventist to hold the post, she is clearly
excited about the opportunities her job offers to meet with those interested in
the Christian faith to which Lewis converted, describing himself in his
autobiography as "the most dejected, reluctant convert in all
England."

Higgens
served for 17 years as an English professor at Southern Adventist University in
Collegedale, Tennessee. She also served as a missionary in Costa Rica and lived
in many parts of the world due to her father’s military career. She maintains
that though Lewis never left the shores of the U.K., he had sympathies with a
wide range of people beyond the Oxford environs with whom he spent much time
while teaching at the university.

Higgens
told her audience that Lewis believed that basic to all Christian discipleship
was putting on the mind of Christ – and it was that mind, she believed, which
was the source of his creativity in a variety of genres. In The
Screwtape Letters, which show how evil is at work in the world, he imagined
conversations with a junior representative of the devil. In Mere Christianity,
key to many a conversion, he gave a vigorous defense of Christian faith. His
own experience of losing his wife to cancer after just a few years of marriage
in middle age enabled him to write A Grief Observed.

Lewis
encouraged many British people with messages of Christian hope during the
darkest days of World War II. He explained faith to children through his Narnia
Chronicles. His books are still read by many around the world who want to
strengthen their faith. Higgens said that alongside his apologetic works, Lewis
believed in the value of fantasy as a means of sharing Christian faith
believing that stories can "steal past the watchful dragons" of the
inhibitions which prevent people from coming to recognize the potency of faith.

Higgens portrayed
Lewis' tolerance and open-mindedness using a quotation in which he described
faith as a hallway where there are many doors into many rooms. "When you
have reached your own room, be kind to those in other rooms or still out in the
hallway," he said. It was by adopting this spirit that Lewis succeeded,
and continues to succeed, in attracting many people away from agnosticism to a
living Christian faith.