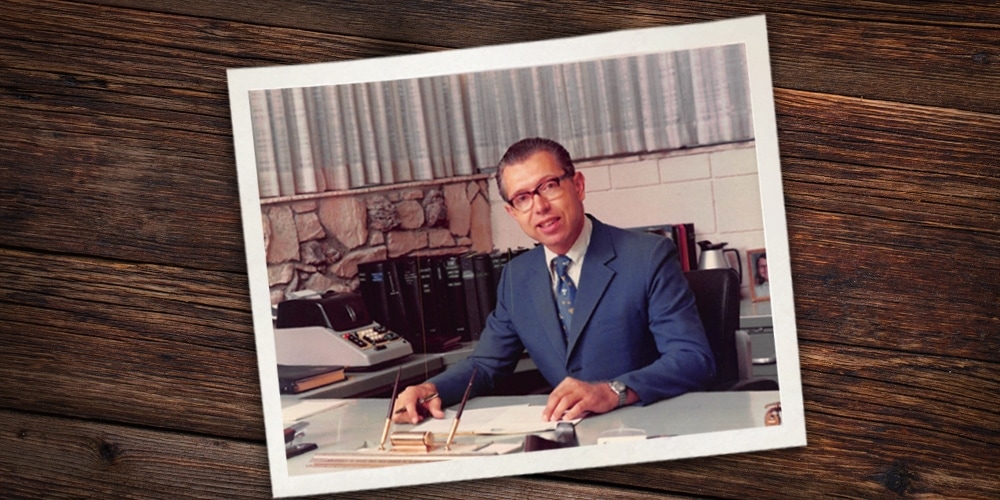 By ARM and Adventist Review staff

Stanton H. Parker, a former president of Adventist Risk Management, has died at the age of 83.

Parker joined the Seventh-day Adventist Church-owned insurer when it was known as the General Conference Insurance Service (GCIS) in 1958. A career insurance salesman who had previously operated his own private insurance company, Parker oversaw operations in the West Coast office of GCIS for about two decades before pursing other endeavors. In 1983, Parker returned to GCIS, then based in Takoma Park, Maryland, to lead the company as president.

“Parker was known for his insurance prowess,” Adventist Risk Management said in a statement.

A diligent student of the business, he had a bright and energetic outlook and had long distinguished himself as an innovator

It noted that Parker is described on page 132 of the biographical book, The Church at Risk as one of the first Adventist chartered property casualty underwriters.

“A diligent student of the business, he had a bright and energetic outlook and had long distinguished himself as an innovator who saw risk management as far more important than simply the selling of insurance policies,” the book says.

Parker led the organization’s name change to Risk Management Services (RMS) in 1983, and the company established a self-insurance program in Vermont under his tenure.Parker also began the company’s first client risk management newsletter, which celebrated its 20th anniversary in 2015 and is known today as Solutions. In addition, he was known for supporting continuing education, a legacy that continues at Adventist Risk Management.

“Stanton Parker’s focus on risk management holds true in today’s world of risk and uncertainties,” said Tim Northrop, president and CEO of Adventist Risk Management. “It is the mission and ministry of ARM [Adventist Risk Management] to protect the ministries of the Seventh-day Adventist world church. Thank you Stanton Parker for your commitment to providing a safer environment for our members, guests and for the generations to come.”

Parker died on Saturday, Oct. 29, in Loma Linda, California. He is survived by his wife of 63 years, Dorothy “Dolly” Parker; four daughters; six grandchildren; and 18 great-grandchildren.

A private service will be held on Friday, Nov. 4. The family is establishing a memorial fund to benefit the Goldendale Adventist School in the U.S. state of Washington.