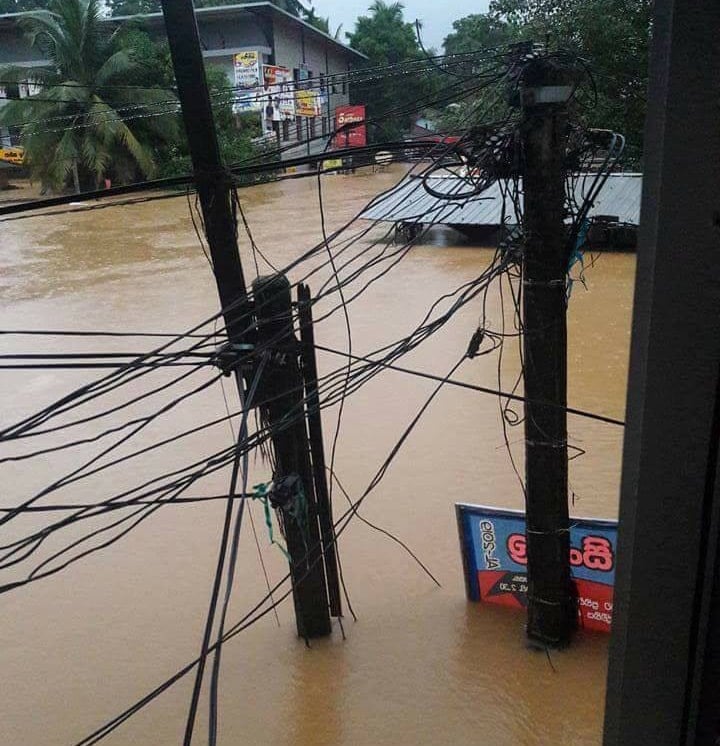 Recent heavy rains have caused landslides and extensive flooding in Sri Lanka, with Adventists among those affected in 15 of the country’s 25 districts. Almost 180 people have died, and more than 100 are missing in what officials consider the worst flooding in more than a decade. The central and southern areas are the hardest hit, with over 100,000 people displaced and a half million affected.

Majintha Gunatilake, Sri Lanka Mission (SLM) church region communication director, reported that “around 300 Seventh-day Adventist members have been affected in the Matara District, which is about 82 miles (133 kilometers) south of the city capital of Colombo.” Some of the other affected districts are even closer to the nation’s capital, but to date, there are no reports of damage or losses of Adventist churches.

“We are trying to help them for their immediate needs. SLM is also finding ways to extend its support further,” said SLM President George P. Wambeck.

“Local church pastors and members are working hand-in-hand to help the people in affected areas,” said Gunatilake. “Local pastors, members, and a Global Mission worker have committed to help the families who are in desperate situations.”

Gunatilake noted that “the wells of that area are also…flooded, and local officials want to clear those wells by pumping out the dirty water that has flooded them.” It is not clear at this point how officials will accomplish this, but Adventist church members are ready to help as needed.

Several Adventist organizations are preparing to help with ongoing and future needs. ADRA-SLM will soon be in the areas most affected, while several SLM schools plan to assist in the Matara District in the south. Since May is the start of monsoon season, more flooding is likely in the next few weeks. It is a motive of concern for survivors, who may develop dengue fever, a potentially life-threatening disease common in tropical areas. Surges in cases often develop after flooding, as the stagnant water provides ample areas for mosquitoes to breed. Leaders said that Adventist medical groups, however, are ready to treat survivors as needed.

SLM is home to 3,042 Adventists in 37 local churches in a predominantly Buddhist country with a population of 21 million. The church territory is one of fourteen countries making up the Southern Asia-Pacific Division church region, based in the Philippines.