Thinking that my wife didn’t want anything all that special for Valentine’s Day, I approached it a little haphazardly. I should have known better. It was our first Valentine’s Day as a married couple, and the expectations were a little higher than I anticipated.

I was convinced that we had a mutual understanding that we weren’t going to make a big deal of the day. We had had numerous conversations about how she was more interested in spontaneous romance on other days, than overtures that are the result of clever marketing schemes employed by card and flower companies.

"Does God have a love language; and, if so, are we speaking it to Him?"

Any experienced man could have warned me. I should have seen it coming myself. But I’m a literalist. Like most guys, I listen to the words that my wife says and not the true meaning behind them.

So, the day crept up on me and caught me unaware.

As the day unfolded, I became keenly aware that my wife was hoping for something a little more special than I had planned (read: I hadn’t planned anything yet). I scurried around for ideas, and while she was working I created the most beautiful card 10 minutes can produce.

When she got home I presented it to her, eagerly anticipating the joy that her face would surely indicate. The smile never came, however. There wasn’t even the courtesy “Thank you” that typically comes from her disappointed heart when I don’t quite hit the right spot. It’s not that she’s hard to please, but there is the rare occasion when I don’t succeed.

You see, the card was written in Hebrew.

As a seminary student who has been energized by the passionate teaching of my Old Testament professors, I have found a new love for the Hebrew language. Although I would never claim to be an expert in it, I at least had a desire to learn the alphabet.

What better way to use it, I thought, than to declare my undying love for my wife in the language? So, using Photoshop, I gleefully painted the words in Hebrew script “Kamil tov me’od anochiy wahavtiyah. Walentin yom tov dodiy” on a card and printed it off. (I was trying to say: “Camille is very beautiful and I love her. Happy Valentine’s Day, my love.”) It was even in full color.

To say the least, though I was certainly expressing my love for my wife through a love language that excited me, I wasn’t speaking her language.

It made me wonder: does God have a love language; and, if so, are we speaking it to Him? 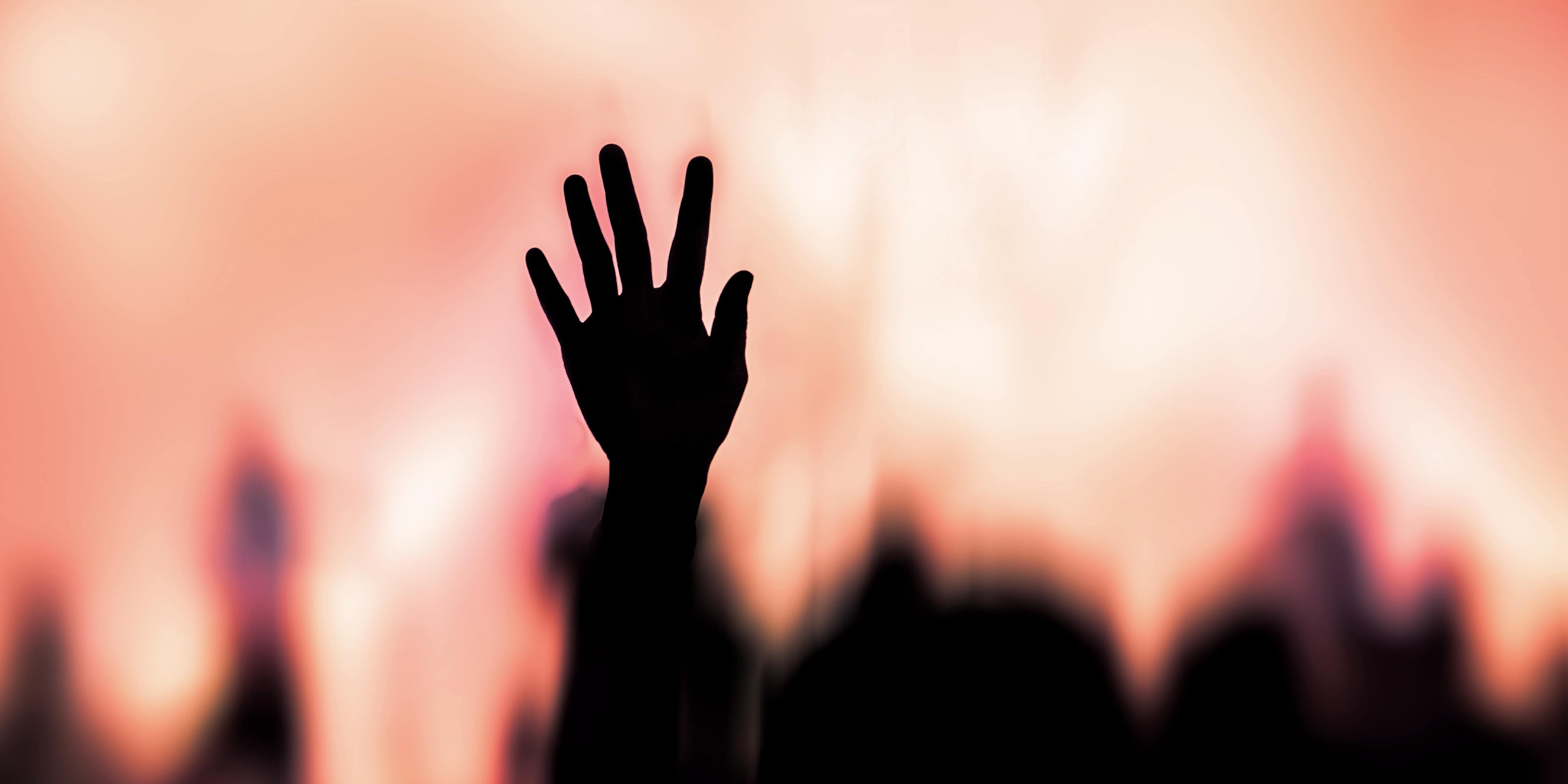 How Shall We Praise?

The truth of the matter is that praise and worship, as with so many other things, is a heart issue. We can debate until we’re blue in the face about whether drums should be allowed in the sanctuary, or if hymnals should be set ablaze during a Saturday night book-burning ceremony. But, ultimately, the praise that God desires most is what comes from a truly converted heart. Few of us pause to ask what God wants out of our worship.

I’m sadly reminded of Cain, the Bible’s first murderer. You know the story. Cain and Abel come before the Lord and bring their offerings. While Abel humbly brings a lamb, pointing to the coming Messiah, Cain brings the pride of his own labors. As a tiller of the ground, he brings fruit.

Unfortunately, many of us, like Cain, will spare no expense at worshipping the way we want, even if it forces us to engage in such extreme behavior. For us, it has become a life-or-death issue.

To be honest with you, much of our worship has always been perplexing. Usually the criteria for how we worship God stems from what blesses us. Many of us seek to be “blessed” by God during worship, rather than seeking to bless Him—the alleged recipient of our praise.

The Heart of the Matter

Long before Calvary ever occurred, God lamented over the fact that His people were not truly praising Him. Two passages in the Old Testament reveal as much. In Isaiah 29:13 God cried, “These people come near to me with their mouth and honor me with their lips, but their hearts are far from me” (NIV) [1]. Their singing and dancing were spectacular, no doubt, but they didn’t mean much to God. The lives that His people lived, after the music was over, contradicted that which they were proclaiming in song.

Long before Calvary ever occurred, God lamented over the fact that His people were not truly praising Him.

Similarly, when Saul failed to follow God’s instructions to totally obliterate the Amalekites, Samuel responded by saying, “Does the Lord delight in burnt offerings and sacrifices as much as in obeying the voice of the Lord? To obey is better than sacrifice, and to heed is better than the fat of rams” (1 Sam. 15:22, NIV). Plainly put: Given the choice, God would rather have an obedient heart than a fancy religious ceremony. As Eugene Peterson puts it in The Message, obedience is better than “staging a lavish religious production.” [2]

Thus, Carsten Johnsen concludes, “Obedience is the highest praise man can offer to God.” [3] All other “praise” is meaningless if it is divorced from a life that has responded to Calvary through obedience.

This is not to say that we shouldn’t verbalize our praise in fear that we may stumble the minute we leave the stage. But perhaps Ecclesiastes is right when it encourages us to “let your words be few” (Eccl. 5:2). A life that is marked by humble obedience is far greater than any song that could ever be sung. Though we might boast that we can sing of His love forever, is it our desire to humbly live that love forever?

It’s exciting to think that we can speak God’s love language both with our lips and with our lives. The heart that has truly responded to Calvary’s love can praise far more beautifully than we could ever imagine.

True praise won’t be limited to Friday night or Sabbath morning. Just as with my wife, Christ longs for an experience with us that goes beyond a Valentine’s card or a Christmas gift—and in His language of love. He eagerly looks forward to having blissful and loving intimacy with us all the time. What greater privilege can we have than to bring joy to the heart of our Savior?

[1] All Scriptures, unless otherwise indicated, are taken from the New King James Version. Copyright © 1979, 1980, 1982 by Thomas Nelson, Inc. Used by permission. All rights reserved.