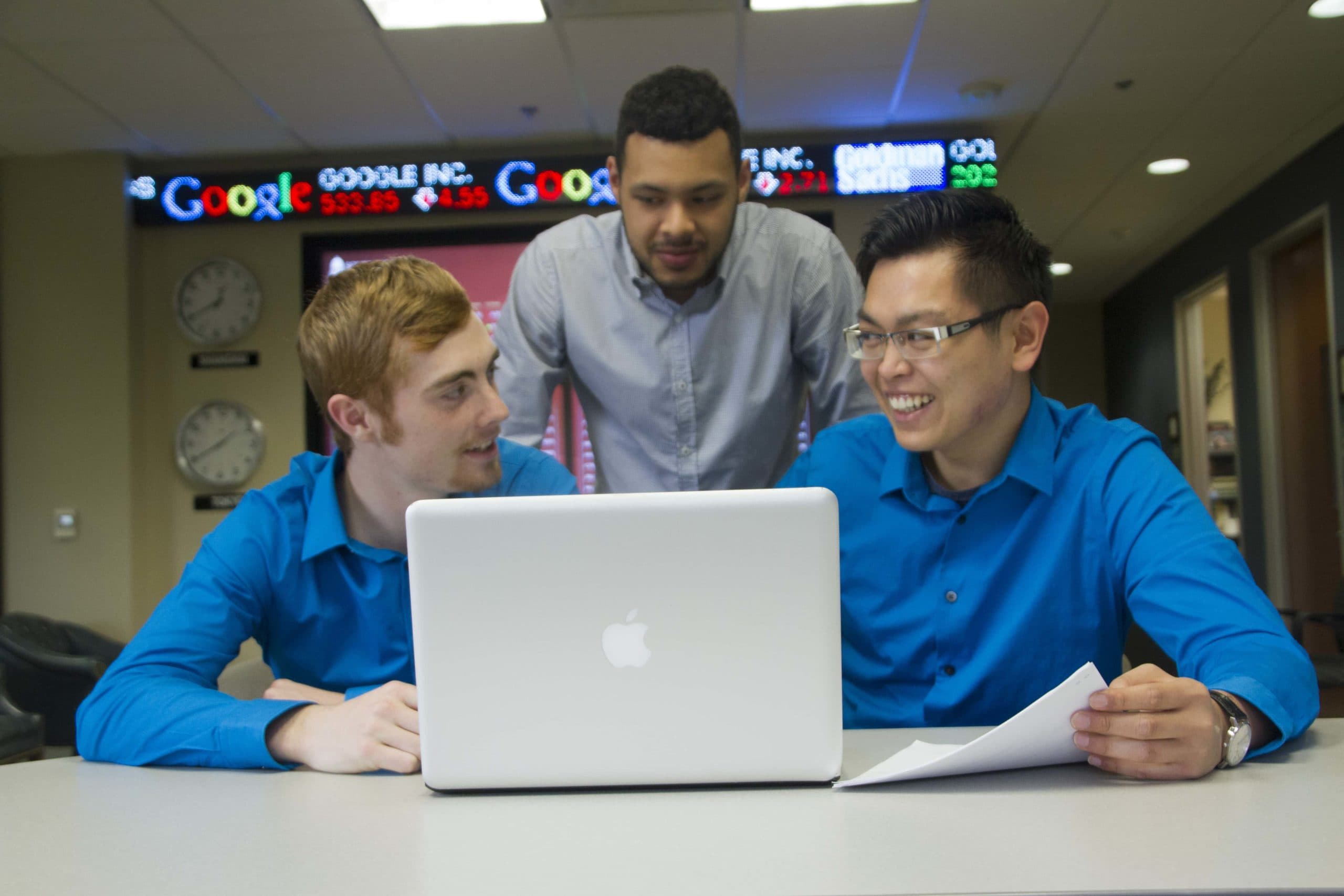 The students in teacher Fred Harder’s Business Policies and Strategies class tied for first place in The Business Strategy Game, an online exercise where more than 55,000 students at 600 colleges and universities in 50 countries are divided into teams to run a simulated athletic shoe business.

“Sometimes we think of ourselves as coming from little Adventist schools when we go up against some of the huge state schools in competitions like this,” said Tony Seery, a member of the winning Team C.

“It goes to show what we’re capable of,” Seery said. “We can compete on the same level and still talk about how different our school is. You can have strong academics while going to a school where you’re spiritually fed. It’s a real witnessing tool.”

The other students on Team C are Harvey Contreras and Nhat Nguyen.

McGraw-Hill Education, a learning science company, markets The Business Strategy Game as a way to test the entrepreneurial skills of future and current business professionals by placing them in a simulated global market.

Teacher Harder split the Business Policies and Strategies class into seven teams. Six of those teams scored better than 80 percent of their competition worldwide. Team C, which nicknamed itself the “Champions” during the game, scored even higher. In addition to tying for first place, it tied for 35th place for its earnings per share and 13th place for its stock price.

The Champions’ strategy was to differentiate its product as a high-quality item for a niche market, Harder said.

“But as the other teams copied them to catch up, they had to modify and go after a larger market,” he said. “The dynamics of the game are such that any good strategy can win, but you have to watch out for your competitors because they can ruin it for you.”

Total scores were decided by weighing a pre-set investor expectation score against the best-in-industry score. The maximum score, after a 50 percent-50 percent weighting of those two values, was 110, which the Champions accomplished each of the final eight weeks of the 10-week simulation. Each week is a virtual year in operating the business.

The Business Strategy Game gave the responsibility of directing the fictional company to the students after the company had gone through 10 years of pre-simulated growth. The student co-managers were tasked with growing the brand while competing against companies that were being run by other student teams. Students had to do all of this while also managing plant operations, stock listings and celebrity endorsements of their brand.

The winning Adventist students expressed hope that one day they would be able to bring positive change on a global scale with the blessings of God and an Adventist education. But for now they are relishing their top scores in the game.

“It was amazing to see our class represented in such a big way,” Seery said.