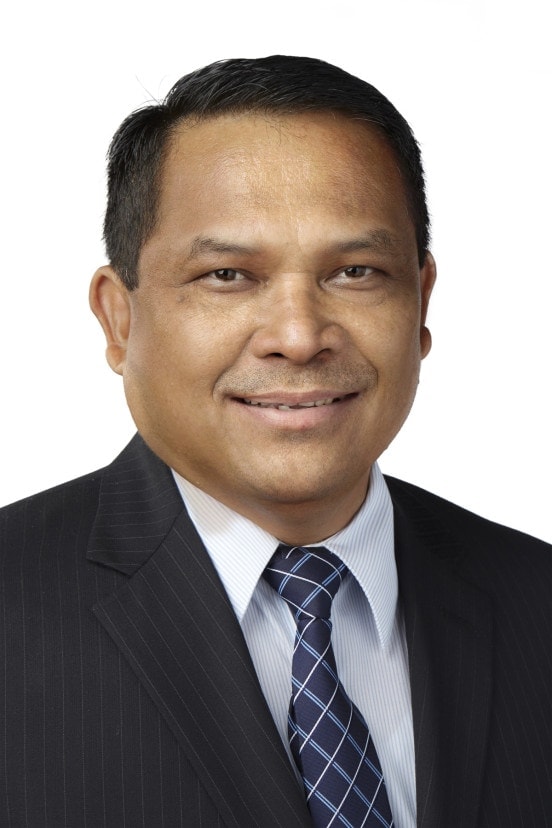 Leonardo R. Asoy, president of the Seventh-day Adventist Church’s Southern Asia-Pacific Division, died Tuesday after a months-long struggle with a rare bone marrow disease. He was 56.

Asoy was just elected president at the General Conference Session in San Antonio, Texas, in July 2015, replacing the ailing Alberto C. Gulfan Jr., who died of cancer on Sept. 26.

Asoy, who was hospitalized about two months after the General Conference Session, died at 8:35 p.m. on Jan. 12 at the Adventist Medical Center-Manila, Philippines, from complications due to myelodysplastic syndrome, a rare disease in which the bone marrow is unable to produce adequate healthy blood cells.

“It is with great sorrow we announce the passing of Pastor Leonardo R. Asoy,” the Southern Asia-Pacific Division said in a statement. “We request your continued prayers for the family during this tragic time. We cling to God’s enduring presence and His promise of the resurrection.”

“He was a valiant guardian of the eternal truths of Scripture and the marvelous Advent movement God has entrusted into the hands of Seventh-day Adventists,” Wilson said on his Facebook page.

He offered his condolences to Asoy’s wife, Elma, and two adult children, Elnardz and Shawnette, on behalf of the Adventist world church and said he and his wife, Nancy, had prayed for them.

“We have prayed for them and will pray that the Comforter will come close to them bringing the realization of the blessed hope we have in Christ’s soon return,” he said.

Eager to Serve as President

Asoy enthusiastically welcomed his role as president after his election last July. When Adventist Review/ANN reporter Michael W. Campbell asked him what burdens God had placed on his heart, he said he was especially eager to find ways to reach the many Buddhists and Muslims in his division, which encompasses the Philippines, Indonesia, Myanmar, Pakistan, and 10 other countries.

“One of the burdens we have in this territory is how to reach Buddhists and Muslims,” Asoy said.

He also expressed concern about nurturing new members and said he hoped to encourage all members to read the Bible and the writings of Adventist Church cofounder Ellen G. White regularly.

“This quinquennium has seen an average of 80,000 individuals baptized each year,” he said, speaking of the five years from 2010 to 2015. “Our challenge is to strengthen and nurture new believers in this division.”

Campbell, who interviewed Asoy backstage at the General Conference Session before newly elected division leaders went on stage for an official introduction on July 6, remembered him Tuesday as “a very gracious man.”

Leonardo Remulta Asoy was born on Nov. 18, 1959, in Mindanao in southern Philippines, and graduated from the Adventist-owned Mountain View College in 1983 with a degree in theology. He first worked as a district pastor in Ozamis City in the church’s Western Mindanao Conference and later as its youth director from 1988 to 1990.

In 1990, he earned a master’s degree in pastoral studies from the Adventist International Institute of Advanced Studies (AIIAS) in Cavite, Philippines.

Whatever knowledge Asoy gained from his Adventist education, he returned hundredfold, friends said.

Felixian T. Felicitas, dean of the School of Theology at Mountain View College, recalled traveling with Asoy on numerous evangelism outings early in their 15-year friendship.

“On most of our trips, Pastor Asoy would turn our long travels into mentoring sessions,” Felicitas said. “At times he would park his blue pick-up truck and we would sit in the back, resting. He would simply share his ministry experiences to me. Little did I know then that this was his own little way of teaching and mentoring me.”

Felicitas last saw Asoy at the hospital on Dec. 23, two days before Christmas.

“We talked — our conversation was filled with his eagerness to hear news about me, my family, my ministry, and Mountain View College — and we prayed,” Felicitas said. “As I was praying, I could hear his affirmations and felt his deep commitment and love for Jesus.”

Felicitas gave Asoy a hug as he prepared to leave.

Asoy broke into tears, saying: “Pray for me. Serve well. Thank you!” Then he added in a quivering voice, “See you again!”

“Yes, Pastor Asoy,” Felicitas told the Adventist Review. “We will see you again on that great resurrection morning!”

In the 1990s, Asoy’s church work took him to the South Philippine Union Conference, where he served as youth director and later as Sabbath School and personal ministries director. After a one-year stint as president of the Davao Mission in 2003, he returned to the union to serve as ministerial secretary. In 2007, Asoy accepted a call to serve as the Sabbath School and personal ministries director for the Southern Asia-Pacific Division.

“He was passionate about Sabbath School and the importance of strengthening the faith of our members through lively and interesting Sabbath Schools,” said Linda Mei Lin Koh, director of the Children’s Ministries department of the Adventist world church, who worked with Asoy for the past nine years.

Because of his wit and humor, Asoy also was known as a sought-after interpreter for foreign speakers in division-wide meetings hosted in the southern Philippines, friends said.

‘A Celebration of Piety and Humility’

Asoy served as president of the South Philippine Union Conference from 2011 until last year, turning it into one of the best-managed unions in the Adventist Church, known for its forwarding-looking leadership, evangelistic fervor, and team spirit, said G.T. Ng, executive secretary of the Adventist world church and a friend of Asoy for more than two decades.

Ng said he would long remember the one day that Asoy left the hospital to attend the opening of the Southern Asia-Pacific Division’s year-end meetings on Nov. 6. Asoy had been confined to his hospital room for 47 days, but he made it a point to be discharged from the hospital in time to attend the morning worship of the opening session.

“With a distinct voice he welcomed the delegates,” Ng said. “He spoke with resounding gusto, saying how grateful he was to be present in the midst of fellow leaders from the unions. He thanked the assembly for their prayers on his behalf. He described his medical condition and the doctors’ prognosis of his recovery.

“He was fully committed to the Lord and to the full restoration of health. I saw with my own eyes the extraordinary valor and tenacity of a godly man.”

“Though assailed with great odds, he demonstrated exceptional fortitude,” he said. “Like the Apostle Paul, he could say, “This one thing I do,” in his lifelong commitment to the mission of the church. Here is a valiant soldier of Christ waiting to see His Master face to face soon.”