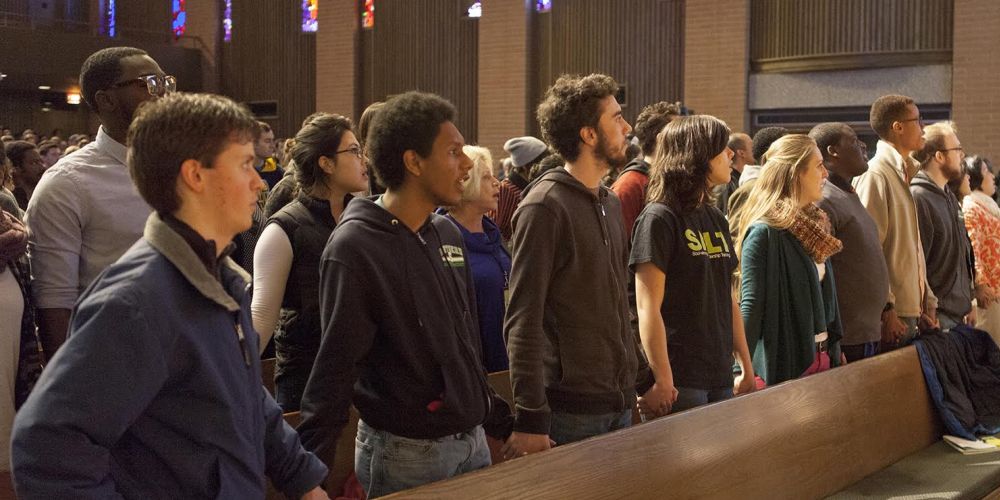 Southern Adventist University has blocked a social media app and organized a series of open discussions on race after insensitive comments were posted during a campus worship service led by an African-American seminary student.

The anonymous comments appeared on Yik Yak as Corey Johnson, an Oakwood University graduate and seminarian at the Seventh-day Adventist Theological Seminary at Andrews University, spoke at a Friday evening vespers on Feb. 26.

“Southern Adventist University is appalled and deeply saddened by the hurtful, insensitive comments regarding race that were expressed on social media in our community on Friday night, Feb. 26,” the university said
in a statement published on its website.

“Southern’s mission includes nurturing Christ-likeness in our students,” it said. “Christ lifted up every race and welcomed all who would come into the community of believers. Those who hide behind anonymity to spread hate and ignorance are not representative of Southern’s values.”

The university, based in Collegedale, Tennessee, said it had blocked Yik Yak on its Internet service and contacted the app’s administrators to see whether they would identify the perpetrators. It reminded students that they had pledged to “show respect for all members of the university community” when they enrolled, and urged them to report any student or employee who engaged in any form of discrimination or harassment.

“I was shocked at first but, with things that are going on in the world, I was kind of expecting to get a little bit of backlash,” third-year student Jewell Lavalas told local television station News Channel 9. “I didn't think it was as extreme as it was but, yeah, I was shocked.”

“I don’t think it should be taken too seriously, although what the person said is not excusable,” said Erik Osadchuck, a second-year student.

This week, a group of university students started the #LiveToListen movement on campus to combat racist comments and attitudes wherever they exist.

Johnson, the vespers speaker, said he was hurt and embarrassed by the Yik Yak comments but expressed hope that the incident would prompt a dialogue to end hate speech.

“We must start a serious, proactive conversation on how we can work toward eradicating racism in our church,” he wrote on his blog. “It will be difficult and painful. It will require honesty and humility. But it is time. If we don't, it's possible that 25 years from now, if my son is invited to speak at the Adventist university in Collegedale, Tennessee, he will receive the same ‘Southern hospitality’ that greeted his father.”

University leadership met on Feb. 29 with members of the Black Christian Union, the student group that had organized the Friday vespers as part of the university’s Black History Month commemorations, to listen to their concerns and recommended actions.

The university also has organized a special prayer time and public discussions on race with students. Southern president Gordon Bietz spoke to the issues of racism, intolerance, and prejudice at a specially called campus convocation on March 3.

“Campus leaders will continue to work to ensure that Southern remains a campus that is Christ-centered in belief and action,” the university said in its statement, which ended with a passage from Ephesians 5:8-11, 13: “For you were once darkness, but now you are light in the Lord. Live as children of light (for the fruit of the light consists in all goodness, righteousness and truth) and find out what pleases the Lord. Have nothing to do with the fruitless deeds of darkness, but rather expose them. But everything exposed by the light becomes visible — and everything that is illuminated becomes a light.”

Southern president Gordon Bietz speaking to the issues of racism, intolerance, and prejudice at a specially called campus convocation on March 3. 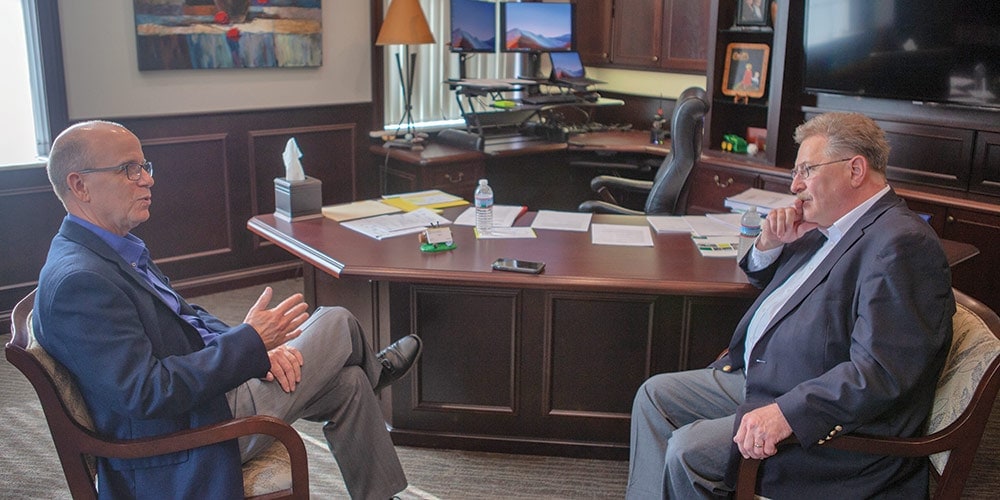