In the South Pacific, Young People Need Bibles For Soul-Winning 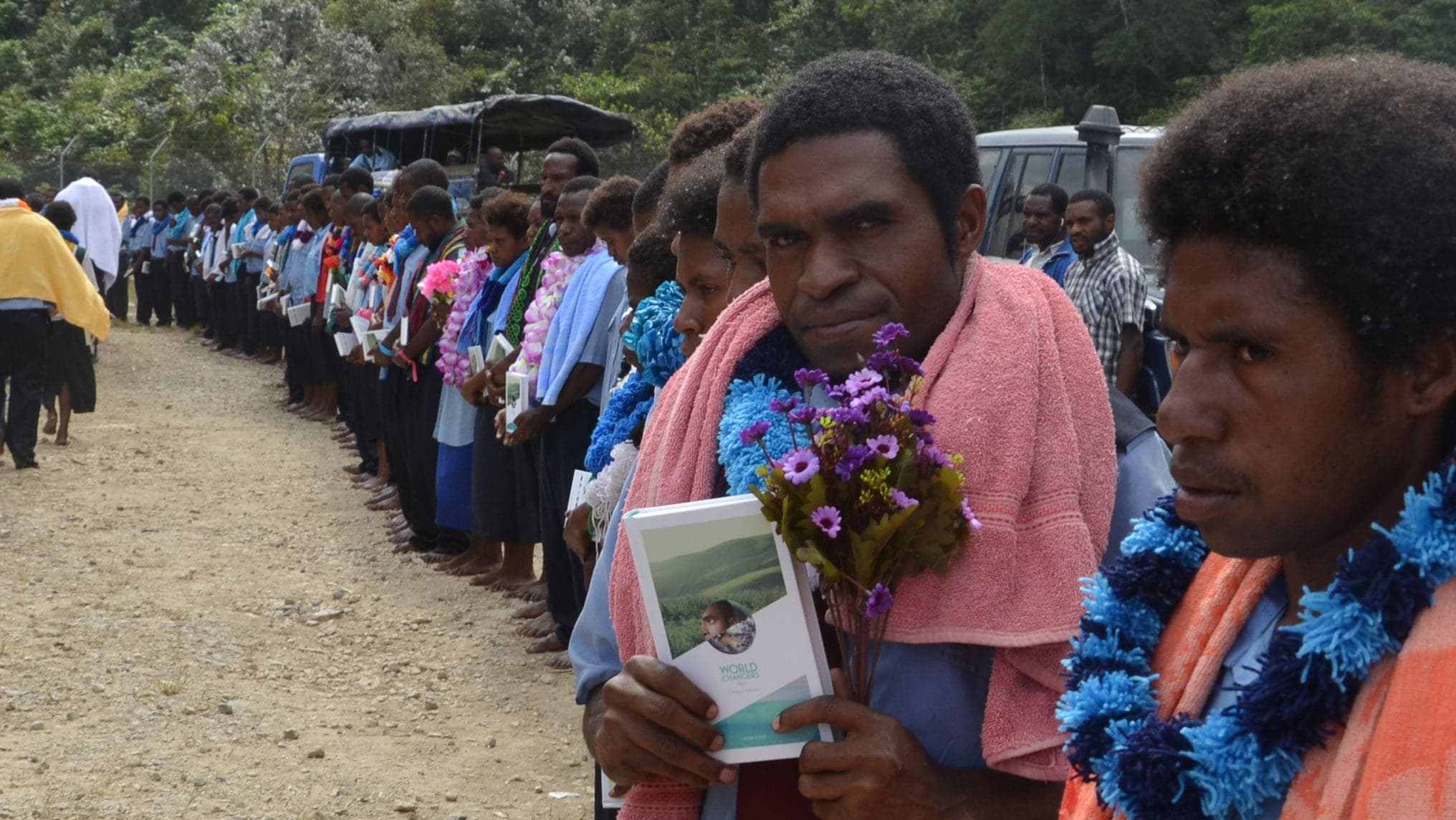 Seventh-day Adventist church leaders in the South Pacific are facing a rather delightful shortage: so many young people are taking free Bibles and leading others to faith that inventory of the books has run out. There is a “dire need” for more Bibles, officials said.

Launched in 2013, the World Changers program has been a major success, with 225,700 Bibles handed out to youth in Australia, New Zealand, and the Pacific islands, leading to thousands of baptisms.

The Bibles are still in strong demand, however inventory has now run out, according to South Pacific Division (SPD) Youth Ministries leader Nick Kross.

“We are getting continual requests for more Bibles,” he said. “We are begging church members to really get behind this project again.”

Kross hopes the same spirit of generosity, which saw $A1 million ($726,900 US) raised through offerings and donations for production of the Bibles last time, will surface again.

“The campaign really took off last time with thousands of dollars coming in each week,” he said. “It was incredible to see how God was leading the project and getting people to donate.

“And the results have been extraordinary—I would put the baptisms in the thousands. The SPD has seen the largest youth baptismal count in its history. There are dozens of stories of miracles that have happened right across the Division as a result of the World Changers program.”

The program has a clear soul-winning strategy: youth who take a Bible commit to saving a soul. The Bibles include discipleship-training material and come with a set of Bible-study bookmarks, which provide outlines for sharing the Adventist Church’s fundamental beliefs. The next print run of Bibles will also include sections on “How to start a small group” and “How to plant a church”.

“Since the previous campaign we now need to reach a whole new generation of young people who need the Bibles,” Kross said. “Many of them will be given out to non-Adventist students in our schools.

“The World Changer Bible has proven to be an effective tool for young people who are eager to serve and share their faith. By doing so, they become excited about being disciples of Christ.”