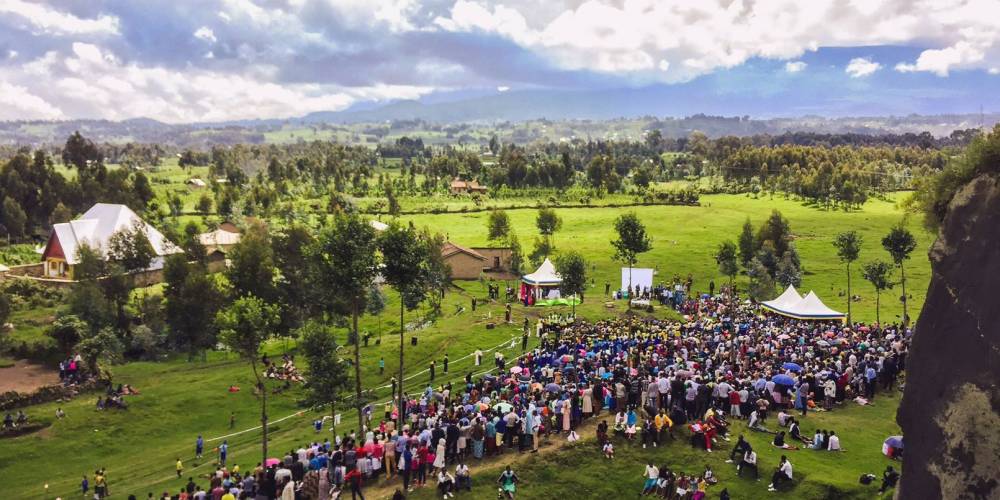 A son of sorcerers is among hundreds of people who have asked for baptism as a major Seventh-day Adventist evangelistic series enters its first full week in Rwanda.

Two weeks of nightly meetings began at 2,227 sites across the African country last Friday, and local church leaders are praying that they will culminate in 100,000 baptisms, the largest in the Adventist Church’s history, on May 28.

“Members are really involved in Total Member Involvement and have been working so diligently for months,” said Adventist Church president Ted N.C. Wilson, who is leading one of the meetings and preached to a crowd of 7,000 people on Sabbath morning.

“By God’s grace, there will be tens of thousands of baptisms on Sabbath, May 28, since so much groundwork has been done by pastors and lay people in Rwanda,” Wilson said.

Total Member Involvement is an Adventist world church initiative that encourages each of the church’s 19.1 million members worldwide to actively share Jesus with their communities. Rwandan church members have embraced the concept wholeheartedly, holding Bible studies with friends and neighbors in preparation for the evangelistic meetings and even wearing T-shirts, scarves, and ties with the phrase “Total Member Involvement” or its acronym, TMI.

Now some of the people in their communities are responding with requests for baptism.

A total of 146 people came forward to seek further Bible study in preparation for baptism after Wilson’s Sabbath sermon at the largest site in Rwanda, an outdoor area beside an Adventist church in the resort city of Gisenyi. About 60 people requested baptism at each of his meetings on Friday, Saturday, and Sunday evening.

Read also: Evangelistic Campaign Kicks Off in Rwanda With Prayers for 100,000 Baptisms

Wilson’s wife, Nancy, its leading her first evangelistic series in a scenic outdoors area near Gisenyi. Some 5,000 people attended her sermon on Sabbath morning, and 180 people came forward to prepare for baptism afterward.

“They seem to be so sincerely connected to biblical truth,” she said.

A memorable moment involving a person seeking baptism happened on Sabbath morning at an outdoor site in Buhanda, a town about 160 miles (260 kilometers) from Rwanda’s capital, Kigali.

A man wearing a tattered, threadbare suit jacket was among the group who came forward after a sermon about Jesus’ Second Coming by Karen Glassford, one of the leaders of the Rwandan meetings, who works as communication and education coordinator for the Institute of World Mission at the General Conference, the administrative body of the Adventist world church.

The man kept asking the local pastor for the microphone, Glassford said. The pastor was a bit nervous about giving it to him but finally relented.

The man identified himself as the father of 11 children and said his family was so poor that sometimes there wasn’t enough to eat. He then gave a short speech that brought Glassford to tears.

“I have seen the pain of poverty, but I’ve also looked into the face of evil, the devil himself,” the man said, according to Glassford. “You see, my parents were sorcerers. I have listened to Satan’s lies my whole life.”

He continued: “For the most part, Rwanda is a Christian nation. I have had plenty of opportunities to give my life to Jesus, but I have resisted. But today I heard about the second coming of Jesus and how much He loves me. I heard about heaven, and I know I want to go there. So today I wanted to tell all of you that I have made a decision. I want to give my heart to Jesus!”

“It doesn’t get better than this,” said Glassford, who is coordinating 15 sites in Rwanda, with meetings ranging in size from 150 to 3,000 people. “God can do what no one else can do.” 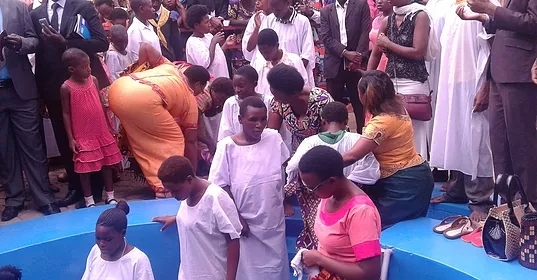 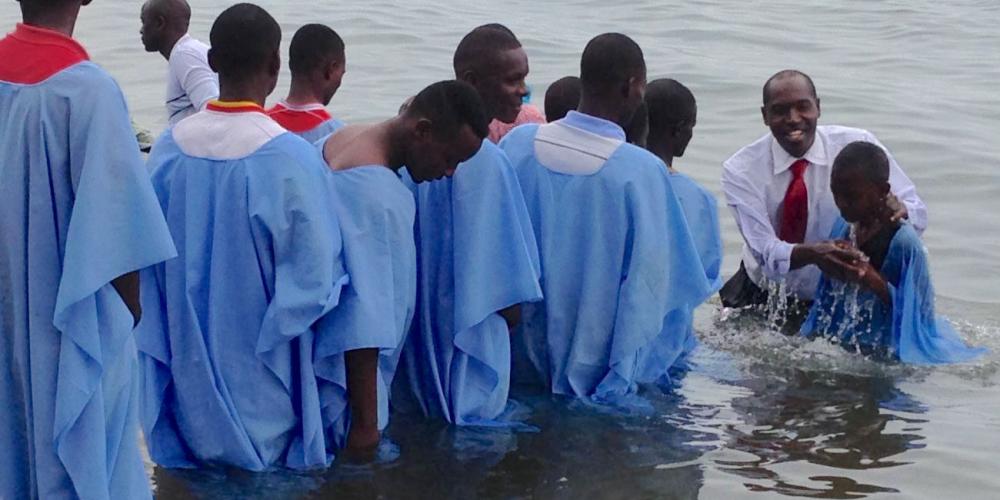