Solomon Maphosa, a Zimbabwean national and longtime administrator in the Seventh-day Adventist Church, has been elected president of the Southern Africa-Indian Ocean Division (SID).

The General Conference Executive Committee voted Wednesday for Maphosa, who most recently served as the division’s executive secretary, to replace Paul Ratsara as president.

“I have known Pastor Maphosa for many years, and it will be a privilege to work closely with him since, as with all division presidents, he also will be a General Conference vice president,” Wilson said. “Please pray for Pastor and Mrs. Maphosa as they carry the spiritual responsibility of focusing the vision of God's people in SID on Total Member Involvement and the Lord’s soon coming.”

Maphosa is married to Savie Maphosa (nee Zikhali), and they have a son, two daughters, and four grandchildren.

The Southern Africa-Indian Ocean Division has about 3 million church members and covers 20 countries, including South Africa, Zimbabwe, and Zambia.

Ratsara resigned as division president on May 31.

"The Holy Spirit was very much present in the Southern Africa-Indian Ocean Division Executive Committee process on Tuesday, June 21, for the selection of a recommended name for division president and subsequently division secretary,” said Wilson, who attended the meeting in South Africa. “We praise God for His leading and the sweet spirit exhibited in the committee. We engaged in much prayer interspersed throughout the process. We spent an appropriate amount of time on the needed characteristics for a president. We had an open process of discussion and then voting using secret ballots. The division committee chose Pastor Maphosa as the recommended president at the conclusion of the process.” 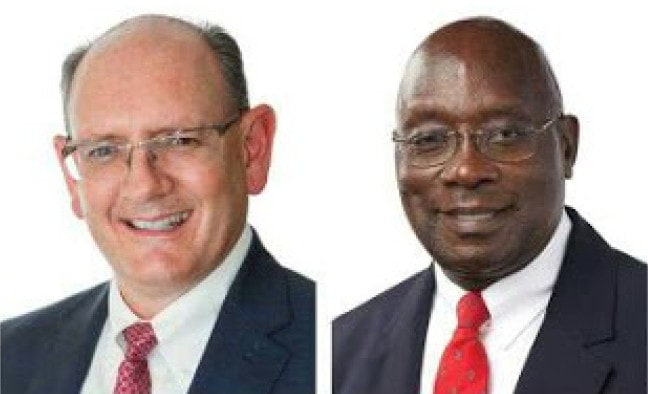