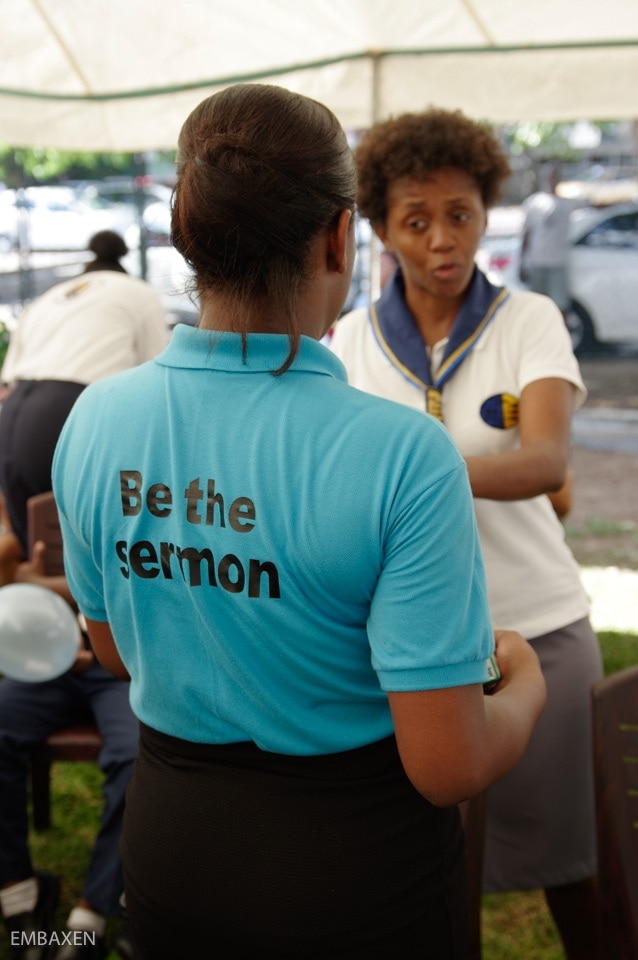 More than a week after a record-breaking day of service for Seventh-day Adventist youth around the world on March 18, Global Youth Day 2017—referred to as GYD17—continues to make waves across the world. The eventful day inspired hundreds of thousands of young Adventists to go beyond the walls of their local churches for a day to “Be the Sermon” in their communities. Supported by a strong social media campaign, the event generated an unprecedented response. There were more than 137 million impressions across Facebook, Twitter and Instagram, reported the Adventist News Network (ANN) last week.

But GYD17 has not only generated buzz on church-related channels, as mainstream media outlets around the world are increasingly noticing the work of Adventist young people. Many television channels, radio stations, and national newspapers covered GYD17 by sending reporters to interview students and leaders, as they highlighted Adventist youth activities on and around that day.

Below is a sample of three GYD17 stories reported by national newspapers in three different island nations covering territories from the Pacific to the Indian Ocean to the Atlantic.

While discussing options to “Be the Sermon” in their communities a few weeks ago, Adventist young people in Cook Islands decided to go creative. Since drunk driving is a big issue in that central South Pacific nation, they decided to offer help to intoxicated party-goers, reported the Cook Island News newspaper. The young people provided a free service to drop off intoxicated individuals at their homes.

Each year the same group goes out to help the elderly or the workers in Rarotonga, the most populous of the 15 islands that make up the nation, but this year they decided to try something different.

The main idea behind the initiative was keeping the community safe, said Diana Kimi, a Seventh-day Adventist leader who is also a member of the Cook Island Police Force. She discussed the plan with the newspapers a couple of days before the event.

“Our goal is to provide young people with the opportunity to help out and do something important,” said Kimi when interviewed. At the same time, she acknowledged they were planning to make their own young people reflect on the effects of alcohol consumption.

“A lot of [our own] are young and haven’t been subject to that environment yet,” Dimi said.

The Adventist youth leader explained that they were offering to take drunk party-goers home in their own vehicles, or in the vehicles provided by the youth of the church. She made clear, however, that only older church members would be driving, and that the young people would help in any other way as needed.

“We want to expose them to the community, get them involved—said Kimi to the newspaper. “And we want to work alongside the police and assist them in any way possible during the weekend.”

Landscaping Services in the Seychelles

Some 9,500 miles (15,000 kilometers) west, on the 115-island archipelago of the Seychelles in the Indian Ocean, a group of more than 50 secondary school students from an Adventist school decided to clean the compound of an elderly residence in the capital city of Victoria, reported the Seychelles Nation newspaper. Working side by side with the school faculty and staff, the students trimmed the vegetation of the La Retraite Home for the Elderly, and carried away sacks full of dead branches, leaves, and debris.

School principal Sherley Marie shared with the newspaper that one of the goals of the activity was to instill in students the importance of work and service. She was also happy to report that the parents of the students and school sponsors supported the activity wholeheartedly.

“Our goal is to provide young people with the opportunity to help out and do something important.”

“A parent who has a cleaning business came a day before and did all the heavier work, like cutting the high branches and moving the debris,” Marie said as she expressed heartfelt gratitude to those parents who helped out.

According to the newspaper, one of the students, Mohammed Umarji, said it was good to be doing an outdoor activity in spite of the hot sun. “It is good to have all my friends here and together we are doing something good to help elderly citizens,” he said. “I am really having some fun too.”

Later another group of young Adventists visited the residents to chat, sing, and pray. They also offered free haircuts, massage, and manicure services.

Residence director Sylvia Stravens said how much the elderly appreciate these interactions. “Residents always…look forward to such moments to interact with young people with whom they have a lot to share,” she said. “It also makes them feel they are wanted and appreciated.”

Principal Marie shared how the students’ willingness to serve warms her heart. “It is really very encouraging to see the students enjoying what they are doing,” she said. “There is so much enthusiasm going around…, and we are really happy.”

Once again, almost 9,500 miles (15,000 kilometers) northwest of the Seychelles, the island country of Cayman Islands in the Caribbean Sea also benefited from the Adventist youth day of service and kindness. Hundreds of young adults reached out to people in the Bodden Town community with food bags and prayer, reported the Cayman Compass newspaper.

Before heading out to visit residents in their homes, participants gathered at a public park to pray, sing, and worship.

“‘Be the Sermon’ by giving and bringing life and hope,” said group leader Osmond Lynch, in a nod to the Adventist youth motto used for the day activities across the world. Lynch laid out the plan of meeting people in their homes, and added, “Don’t be discouraged if someone closes the door…; stay focused and make sure everything you do is pleasing to God.”

The newspaper reported that after Lynch’s message, young people gathered under the trees and sang “at the top of their voices,” so nearby residents could be blessed with their Christian songs.

“Many of the youth prayed with people in their homes,” said volunteer Angela Piercy when asked about the outcome of the activity at the end of the day. “[Students] received a warm welcome from the people.”

Several local politicians approached the park to give their support to the Adventist youth, as they expressed how important they were to the nations’ future. Member of the Legislative Assembly (MLA) Alva Suckoo called the young people to stay positive, and stay in the faith. “God bless you all,” he said.