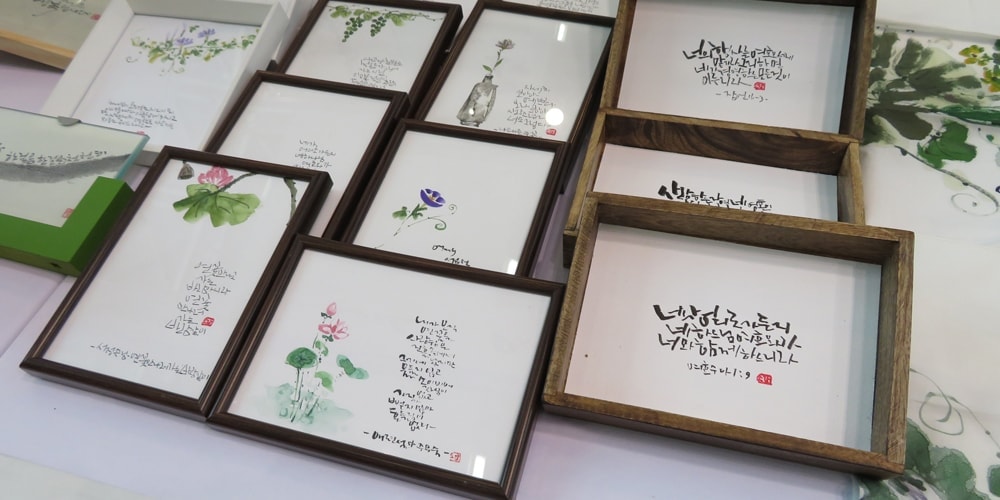 What do you need in order to share with other people the good news about Jesus? Not much, if you consider some of the mission initiatives on display at the International Mission Congress (IMC) exhibition booths. The event has gathered about 4,000 mission-minded Seventh-day Adventist members of all ages in Goyang, Republic of Korea, for four days of testimonies, a showcase of ministries, and community outreach initiatives.

A visit to the 80 booths set up at the Korean International Exhibition and Convention Center (KINTEX) reveals a common thread: to do mission, a lot of prayer and a little creativity can go a long way for sharing the gospel with others. In a nod to Total Member Involvement (TMI), a world-church initiative that seeks to include every member in sharing Jesus, church members across Asia are showing that no ministry is too unimportant, and age is never a deterrent.

Mission on a Watermelon

Seventh-day Adventist members across northern Asia find mission is never impossible. Any ideas, even those that seem small and unimportant, can become tools to share Jesus with their local communities.

“It is our way of sharing the Adventist faith and heritage”

Geumo Haengbok church developed a calligraphy project in which they handwrite family mottos in traditional characters on T-shirts and home decorations. “It is our way of sharing the Adventist faith and heritage,” members behind the project say.

Another local church in the Republic of Korea developed a food-carving ministry. Led by a food-carving master, some members work on watermelons, squashes, and carrots to create intricate designs. With painstaking effort, they carve out exquisite flowers, birds, and even faces on fruits and vegetables. In a society that places high value on such crafts, members are using this kind of craft to make themselves known in their communities and help people with no Christian background to become acquainted with Adventist beliefs and eventually start attending church.

Another local church has decided to work with plants. Chilbo Seventh-day Adventist Church pastor Myoung Soo Seo explained his members’ mission goal in seven words of broken English: “Invite people village; plant; invite people church.” Those seven words describe a ministry his local church calls “Urban Mission, Urban Agriculture.” Members invite community residents to a large greenhouse, where they have the opportunity to grow plants and flowers together in small flowerpots. Those flowerpots can be then be taken home and placed in any small space, even on a window sill. It is a type of gardening greatly valued by urban residents, who often live in small high-rise apartments.

Meeting People Where They Are

Doing mission often requires adapting our methods to meet people where they are, explains Jongkab Yang, in charge of the Continental Mission Movement (CMM) booth. CMM is a lay-led initiative based in Korea that supports young missionaries in other Asian countries.

Yang, who has served as a missionary in Laos for six years, says that when prayer meets mission, there is no set roadmap. “We adapt to the needs and realities of every country,” he says. “In my case, I have been a teacher, a farmer, or served in other capacities according to the circumstances.”

CMM, which currently sponsors 70 missionaries, has found that each country seems to embrace one method over others. Ministry leaders, Yang says, are willing to adapt to stay relevant and effective. “In Myanmar, agricultural projects work very well as a tool for mission,” he shares. “In China, the best method is through university students who grow friendships and start sharing their beliefs with their classmates,” he says.

In the Mokdong ward in west Seoul, local church leaders have the goal of transforming every person who steps into the church into a committed missionary. The goal is that each person eventually becomes a worker for Jesus, explains Han Soo Yoon as he shows the plan his church developed.

Their plan, Yoon explains with a wide smile, includes four carefully thought-out successive stages. The members are always ready to welcome someone who is not yet a believer and work so that the person can eventually become a spiritual newborn. Once the person is born again, the church mentors him or her to become a disciple. “Disciple, then worker for Jesus,” he asserts matter-of-factly. “Every member, worker for Jesus.”

The Beauty of the Golden Rule

The evening IMC program featured, among others, the story of Japanese church member Nagano Maiumi. She grew up in a home with an alcoholic father and a mother who, as a result, developed mental illness. Maiumi’s childhood was less than happy, she reported.

Years passed by, and one day a foreigner moved in next door and eventually taught Maiumi how to read the Bible. “I learned to read the Golden Rule — whatever you want men to do to you, do also to them,” she said, referencing Jesus’ words in Matthew 7:12. “I became fascinated by it.” Eventually, Maiumi was baptized into the Seventh-day Adventist Church.

In a video recording, Maiumi shared her testimony. “People began to ask me, ‘What happened to you? You are much happier now!’ and I would answer, ‘This is what happened, I’ve met Jesus!’”

Building beyond the painful memories of her childhood, Maiumi decided to give back by establishing a children’s center. Her center is often a stepping stone for mission, since it caters to small children whose parents then move them on to attend an Adventist school. The project has proven successful as a mission tool. In the past four years, 45 people, including grown children and their parents, have been baptized.

“I can’t change the past, but I can give my love to the children,” Maiumi says. “It is the beauty of the Golden Rule!”