David Petersen might be an
atheist, but he left an Adventist hospital believing in angels.

Petersen, a prominent Colorado conservationist
and author, described the medical team that cared for his dying wife at Porter
Adventist Hospital in Denver as “angels come to Earth” in an article published
on the popular Huffington Post Web
site, the Mid-America Union Conference Outlook
magazine reported in its September issue.

Petersen and his wife of 36 years, Carolyn Jane,were referred to a liver
surgeon at the hospital earlier this year after a smaller hospital diagnosed her stomach cramps as terminal
liver cancer.

“The next nine days were a
whirlwind of gut-wrenching decisions that ultimately led to palliative care as
David said tearful goodbyes to his loving companion,” said Stephen King,
senior vice president for mission and ministry for the Rocky Mountain Adventist
Health System/Centura Health, which oversees the hospital.

“As David thought about the
ordeal of losing his wife, what he ended up writing was a ‘love letter’ to the
nursing staff of Porter’s oncology unit,” King wrote in Outlook.

Petersen, the author or
editor of more than a dozen books, minced no words in his article about the
hospital stay in April.

“One would expect that
working daily with death, as oncology specialists do, would prompt the
formation of an emotional exoskeleton. Miraculously, we found that not to be so
at Porter,” Petersen, a frequent contributor to The Huffington Post, wrote in an 1,100-word article titled “A Love
Letter to Angels.”

“Carolyn had been awake and
characteristically engaging the first couple of days — all light and innocence
even on morphine. This brief conscious prelude allowed the nursing staff to get
a sense of her irresistible lovability and unflinching stoicism. Like I had
years before, they all fell instantly in love. And too, at only 59, Carolyn was
a generation younger than most terminal cancer patients, providing another
source of ‘this isn’t fair’ empathy.

“But the exceptional
personal compassion we saw in the Porter oncology staff was obviously resident
there before we arrived. These were not mere ‘professional smiles’ greeting us
at every turn, but the real deal from real people, at times accompanied by real
tears. Deathwatch nurses, crying! I could name them but I won’t.

“One sweet lady visited our
room frequently every night she worked, lingering long. Assuming me to be
asleep, she went about her duties, such as assuring that the morphine drip was
functioning, and far beyond — bathing my comatose wife with a cool damp cloth,
turning her gently, applying ointment to eyes and lips, speaking to her quietly
and lovingly throughout … and like me, weeping.”

Porter Adventist Hospital
was founded in 1930, only a few months into the Great Depression, with a
donation of land and money from Denver businessman Henry Porter. The
businessman felt inspired to open the hospital after falling ill twice while
visiting California and, each time, being treated in an Adventist hospital.

“The treatment he received
in both facilities was unlike anything he had experienced before,” Porter
Adventist Hospital says on its Web site. “State-of-the-art hydrotherapy,
coupled with remarkable kindness and a focus on healthful living, was
revolutionary in Henry's day. Even more remarkable was a letter Henry received
from the bookkeeping clerk at the Paradise Valley Sanitarium. The clerk sent an
apology for overcharging Mr. Porter and enclosed a 45-cent refund check.”

Today, the 368-bed Porter
Adventist Hospital is a regional referral center for complex medicine and
surgeries such as liver transplants and cancer care, and it has more than 1,500
employees.

Petersen said that the loss
of his wife had left him “a man cut in half.”

He added: “We are atheists,
Carolyn and me. Yet the loving care we received at Porter throughout the most
stressful and disorienting week of our lives was nothing less than a blessing —
even as the staff who so exceptionally served and comforted us are angels come
to Earth.”

King said those “angels”
were embodying the mission statement of every Adventist hospital.

“‘Extending the healing ministry of Christ’ is more than a
catchphrase,” he said. “It is a way of life that brings compassion to all who
enter those hospitals’ hallways.” 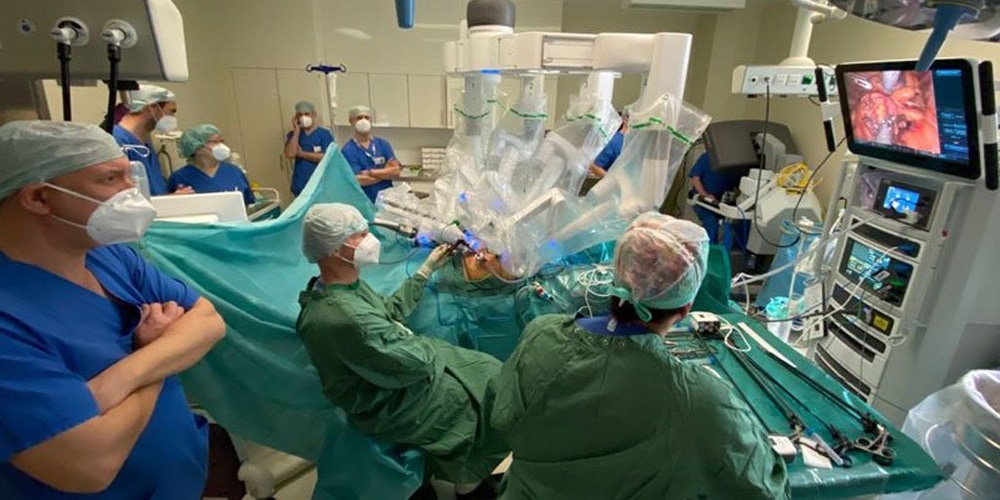