“Safest Hospital in Georgia” Featured in US News Outlets 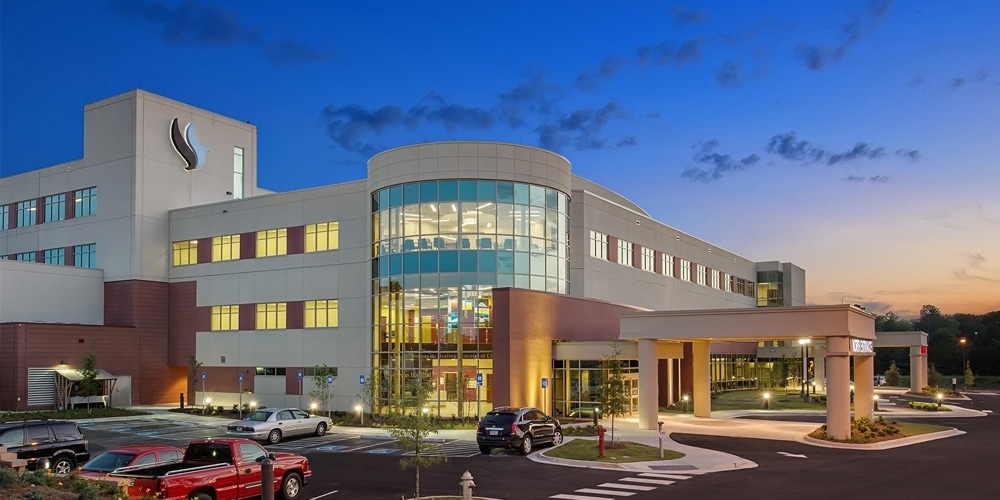 The 69-bed hospital, which is operated by Adventist Health System, received an A for patient safety by The Leapfrog Group, and a 5-star rating by the federal Centers for Medicare and Medicaid Services. Both ratings make Gordon Hospital the best in the state of Georgia, according to several regional news outlets that featured the relatively small health institution.

“The hospital proclaims its religious message from lobby walls to signage, with a large dove symbol placed in a stained-glass window above the roof,” wrote Andy Miller for news.wabe.org.

"Straight ‘A’ hospitals are a rare breed."

The same news outlet quoted hospital spokesman Garrett Nudd, who stated that Gordon Hospital’s mission is “to extend the healing mission of Christ.” He added that hospital staff aim “to treat people the way you want to be treated,’’ and that in their case, it is actually “neighbors taking care of neighbors.”

“You don’t have to be a Christian to work here,’’ Nudd told the media. “But you have to understand and believe in our mission.’’

As part of its commitment to a holistic approach to health, Gordon Hospital is proud to offer CREATION Health, “a lifestyle transformation program—states its webpage— designed to help people live life to the fullest by focusing on the eight universal principles of whole person health God originally gave at Creation.”

The CREATION acronym stands for Choice—Make wise decisions for healthy living—; Rest—Enjoy replenishing sleep and relaxation—; Environment—Create a nurturing rejuvenating surrounding—; Activity—Put your body in motion—; Trust—Express your faith in God—; Interpersonal Relationships—Celebrate friends and family—; Outlook—Practice a positive, happy attitude; and Nutrition—Fuel your body for health and wellness.

In agreement with the Adventist holistic view of health, the program, which includes classes on health and lifestyle topics, is focused on wellness. More than just the absence of disease, it states, the program aims to help people to be “mentally, physically, socially, and spiritually healthy.”

The Leapfrog Group, United States’ leading non-profit watchdog on hospital quality and safety, gave Gordon Hospital an “A,” after assessing the institution with its Leapfrog Hospital Safety Grades. Gordon Hospital has achieved straight A’s since the inception of the Safety Grade in 2012, one of only 63 hospitals nationwide to attain this honor.

“At Gordon Hospital we’re more than a 5-star hospital, we are a family.”

“Straight ‘A’ hospitals are a rare breed. Not only do they achieve the highest national standards for safety, but they consistently maintain that level of excellence,” said Leah Binder, president and CEO of The Leapfrog Group, according to a Gordon Hospital press release last month. “That means that they put the well-being of their patients first, every hour of every day, year after year. We are proud to recognize that tireless commitment.”

Developed under the guidance of an expert panel, the Leapfrog Hospital Safety Grade uses 30 measures of publicly available hospital safety data to assign A, B, C, D, and F grades to more than 2,600 US hospitals twice per year. It is calculated by top patient safety experts, peer-reviewed, fully transparent, and free to the public.

The Centers for Medicare and Medicaid Services top-rating, on the other hand, was awarded to Gordon Hospital after the organization assessed thousands of health institutions in 57 measures grouped into several categories, including Mortality, Safety of Care, Patient Experience, and Effectiveness and Timeliness of Care. Each category includes from 5 to 11 related measurements.

Gordon Hospital is one of 45 hospitals affiliated with Adventist Health System (AHS), a non-profit health care organization that operates facilities in nine US states. AHS has more than 8,200 licensed beds, employs over 40,000, and serves more than five million patients annually.

But beyond all the awards, and its technology and facility improvements, Gordon Hospital makes sure to underscore where its heart is. Following its motto, “Founded on Faith. Focused on Family,” the hospital puts things in perspective.

“Our legacy of providing faith-based healthcare is a mission that comes to life not only in our hospital but throughout the community,” reads its website. “At Gordon Hospital we’re more than a 5-star hospital, we are a family.”