​SAD Celebrates 2014 as Year of the Literature Evangelist 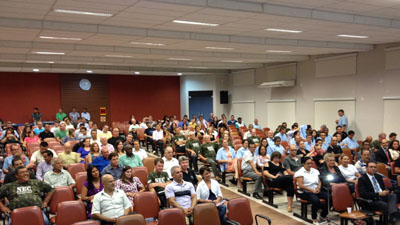 To celebrate the ministry of literature evangelists and affirm
their calling, the South American Division (SAD) scheduled a series of
union-wide Literature Evangelist (LE) Congresses. As of February, three unions
have already conducted LE congresses, coordinated in the following unions by
their respective Publishing directors: During
these events literature evangelists were honored, recognized, and awarded for
their commitment, years of service, and performance.

In the
Bolivia Union, the LE Congress featured a dedication service for newly
credentialed literature evangelists. This service confirmed their calling and
challenged them to remain faithful and maintain their status. It also motivated
other LEs to work harder