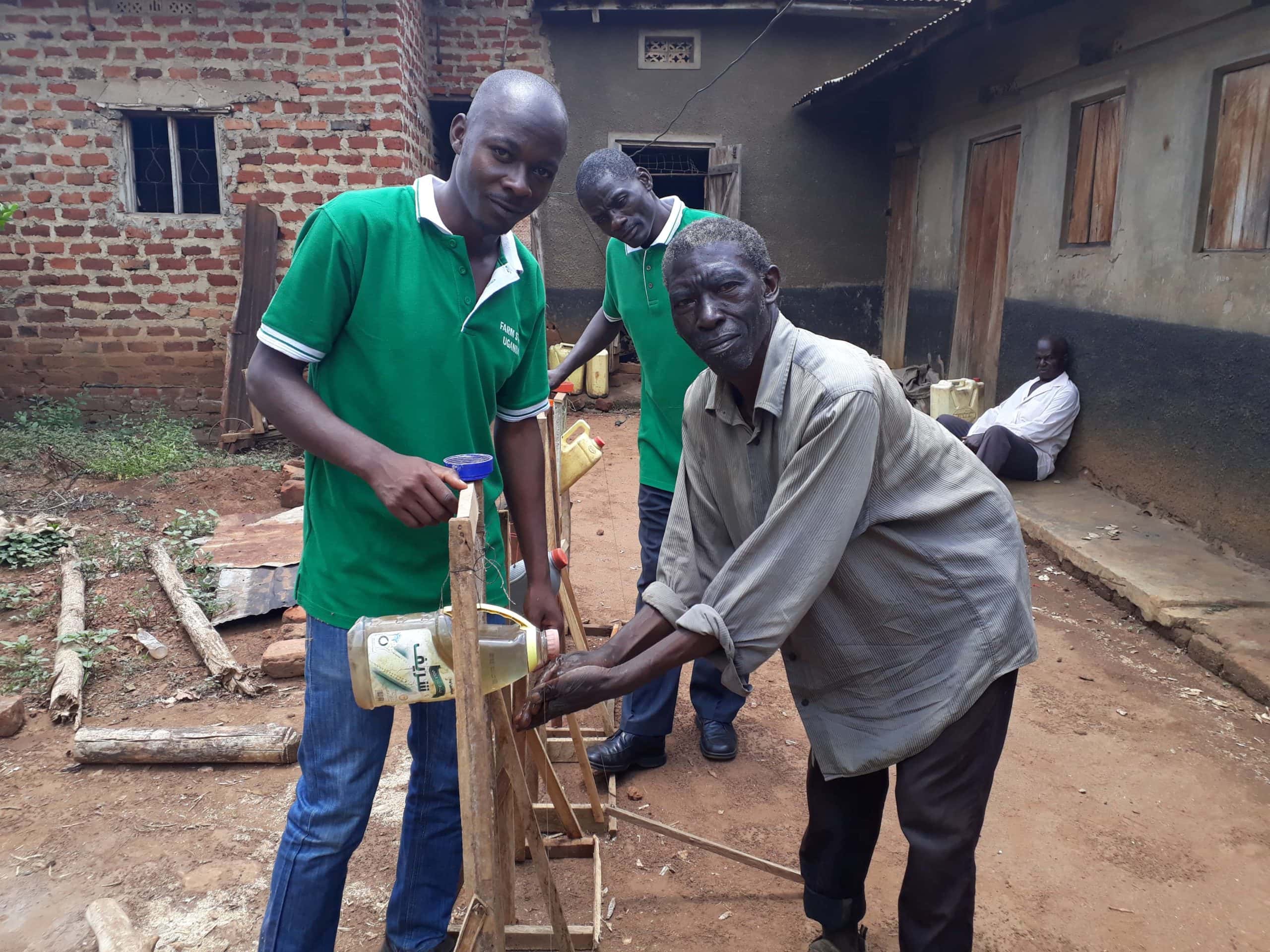 When FARM STEW Ministry director Joy Kauffman first went to Namungalwe, Uganda, in October 2015, her arrival created quite a stir. It was one of the first villages whose residents she trained before FARM STEW — a U.S. ministry devoted to helping people in Africa improve their nutrition and sanitation — even existed.

At that time, the village was a little cluster of homes built along the side of a dirt road that bustled with curious people and hungry kids. Now, thanks to the ministry donors’ generosity, the Iganga-based FARM STEW team has trained in Namungalwe eight times, helping to create a shift in the community that is yielding great results.

Wilson Mudoola’s story is one of many FARM STEW loves to share.

Mudoola chose to join the Local Development Association that FARM STEW helped to start in 2017. Most of the other new members were women, but he didn’t let that faze him. As a 71-year-old married father of six children, Wilson wanted to learn and leave a legacy.

“When I acquired the skill of making tippy-taps from FARM STEW trainers, I went home and successfully made two on my own,” Mudoola said. Tippy-taps provide a handsfree way to wash your hands that is especially appropriate for rural areas where there is no running water.

“One was placed at the latrine entry and another one near my dish-drying stand,” Mudoola said. These are two of the essential parts of FARM STEW’s sanitation message to prevent disease transmission.

But Mudoola went on. “To great disappointment I woke up next morning, when I found both tippy-taps were stolen.”

Apparently, local thieves wanted to be clean too!

“I didn’t let this discourage me; instead it gave me another challenge,” Mudoola said with a smile. “I thought of making mobile tippy-tap stands, and for sure this idea has worked out for me.’’

Mudoola’s necessity became the mother of invention. He is now thrilled because he has designed a mobile tippy-tap that can be taken to his home at night. It is also a small project to boost his income.

“I thank FARM STEW for opening my eyes to see the available opportunities to improve my family’s health and my income. These mobile tippy-tap stands are now in high demand, and this has become my business enterprise.”

More than 3,000 years ago the Bible included the specific instruction to wash under “running water” to prevent the spread of disease (Leviticus 15:13). The tippy-tap is handsfree way to wash hands that uses only 40 ml of water, compared to 500 ml using a mug. That’s important when the water supply is far away!

Tippy-taps are usually made from a stick pounded into the ground from which a jug is suspended. It is operated by a foot lever and thus reduces the chance for bacterial transmission as the user only touches the soap or wood ash (a free, readily available soap alternative).

The United Nations states in health-related documents that washing hands is “the most cost-effective intervention for the worldwide control of disease.”

“By teaching this ancient biblical wisdom, FARM STEW is helping to save lives,” leaders said.

The original version of this story was published in the FARM STEW April 2019 Newsletter.

News
ADRA Wins Prestigious Award for Sustainability in Mozambique
Agency is recognized for initiative to provide safe and sustainable drinking water to thousands. 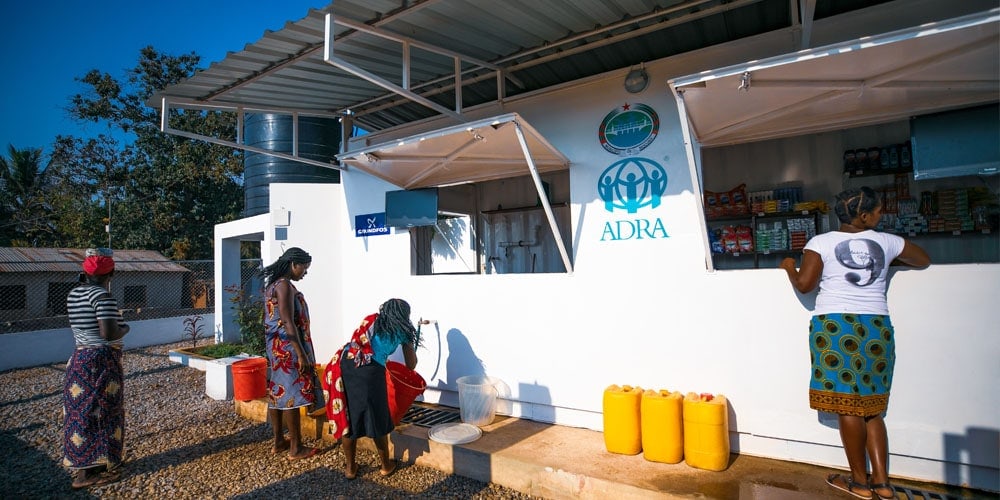 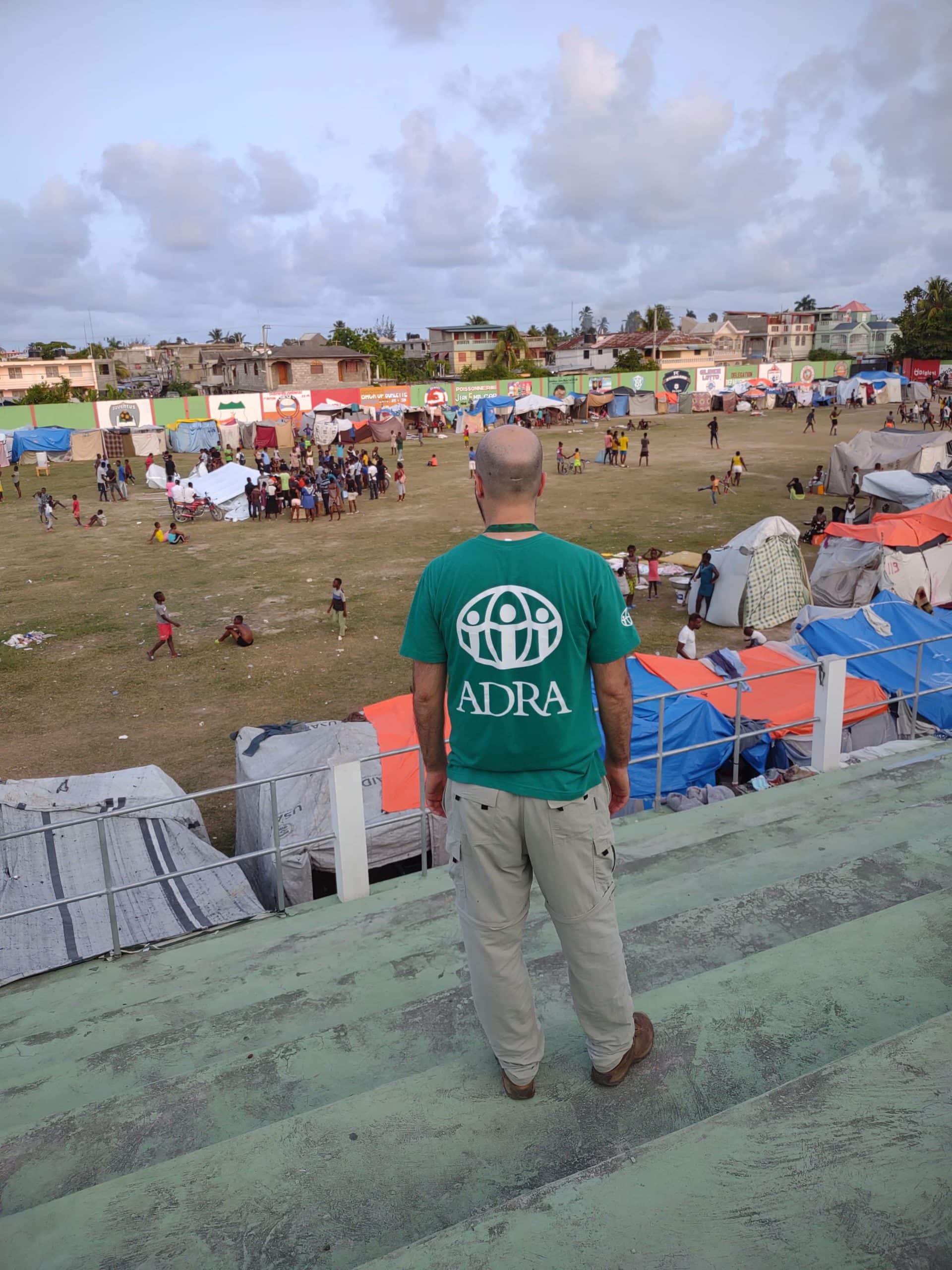