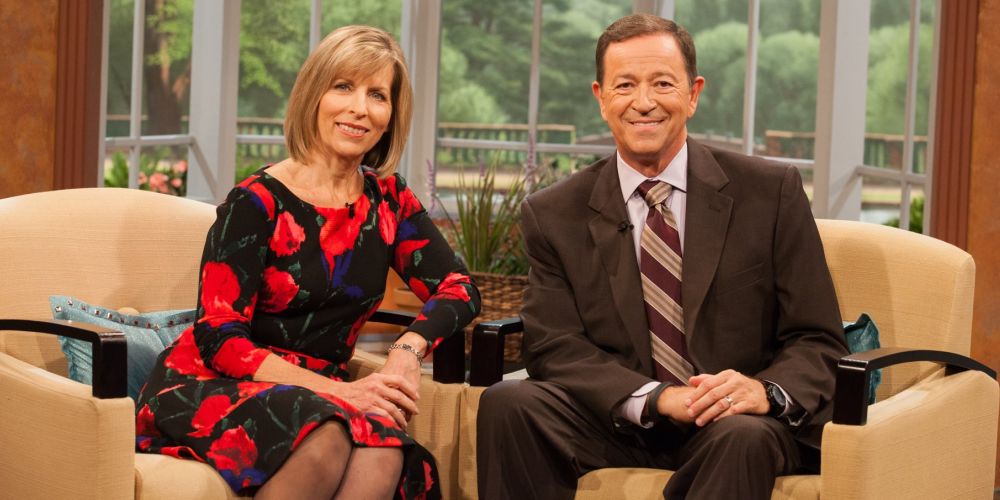 I first met Mike and Gayle Tucker about eight years ago when they came to Portland, Oregon, to present a Faith For Today fund-raising weekend seminar.

My mom, Virginia Fagal, encouraged us to take part in this event and get to know Mike and Gayle personally, because she was very supportive of them and the work they were doing to continue the legacy of the television show launched by my parents, William A. and Virginia Fagal, in 1950.

My husband did all he could to avoid attendance at the event. He knew that Faith For Today had originally been launched as a cutting-edge ministry, doing what others in religious television were not doing. And he associated the new hosts of Faith For Today with another ministry that he perceived as anything but cutting edge. But Mom Fagal convinced him that Gayle and Mike, who took the reins at Faith For Today in 2004, had her confidence and that the ministry still had its historic focus on the unchurched.

On Friday evening, Gayle and Jennifer LaMountain led the praise singing. Gayle sensed my joy in the music and invited me to join her and Jennifer in leading the music for the rest of the weekend.

I was delighted and honored to be included. It was the first time I had been part of Faith For Today’s music since singing on the show many years ago. My husband quickly realized that Gayle and Mike were every bit as creative as those who had shepherded the ministry since its inception. It was the beginning of a special bond between the Pralls, the Tuckers, and Jennifer.

May 2010 marked the 60th anniversary of the start of Faith for Today. Mike and Gayle invited my brother and me to the “Lifestyle Magazine” studio in Simi Valley, California, to be part of the anniversary show. We were delighted to be included with other Faith For Today alumni. When we told Mom Fagal about the plan, she said she thought she would be feeling better by then and would be able to participate, too.

Sadly, Mom passed away in February 2010. Mike and Gayle participated in her memorial service. Gayle had such a quiet confidence about her, and spoke words of encouragement to me personally. Their presence brought comfort to me at a very difficult time.

When we taped the anniversary show a month later, again Gayle was comforting in her own quiet way. She understood my grief. In September of that same year, she sent me a letter remembering Mom on what would have been her 93rd birthday. A year later, on Mom’s 94th birthday, she took the time out of her busy schedule to send me a handwritten note again honoring Mom and sharing her support for me. She could not have known how much I was grieving, yet she understood my grief. I saved that note from her. It is one more sign of Gayle’s care for others, her intuitive ministering to their needs.

We are now part of a congregation in Decherd, Tennessee, that is too remote and small to attract the big names of Adventism. However, in late 2015 Mike called to tell us that Faith For Today would be coming to our church for a weekend. Gayle and I subsequently decided that their “Mad About Marriage” seminar, an event usually reserved for much larger venues, would be a perfect outreach for our rural community.

Gayle’s attention to detail pulled all the pieces together effortlessly and the weekend was a big hit with those who attended. Gayle and Mike were transparent, sharing some of their own errors and successes. The crowd loved them. The weekend was a high point of our recent church history. Gayle, 60, looked healthy and vibrant. What a shock when we heard of Gayle’s serious illness just a month later. She succumbed to pancreatic cancer on April 10.

Gayle was a gentle and caring person, a beautiful light that has gone out. I wish we had lived closer to each other so that we could have had more time with her.

I look forward to heaven where proximity will not keep us apart. I know she will be there, caring for others just as she did on this Earth. That’s who she is — showing the love of Jesus to all she meets.