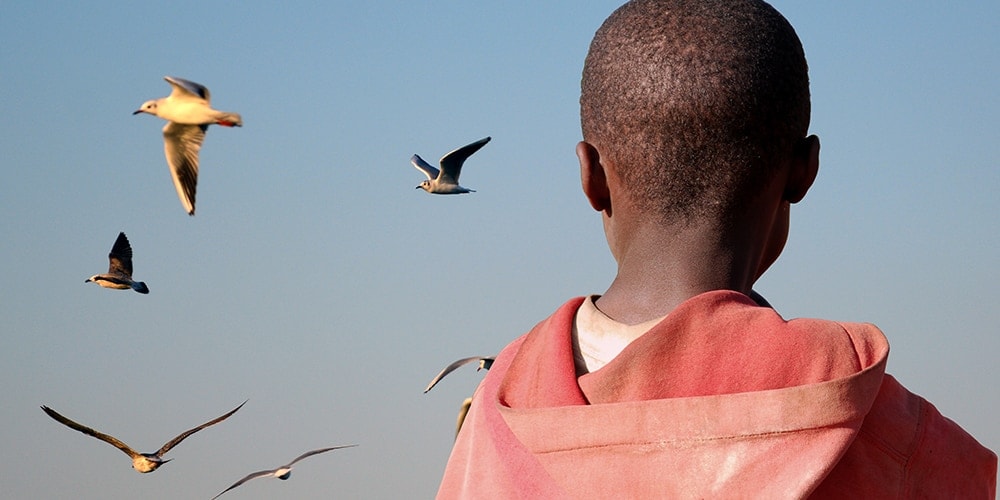 In the Spanish language, there is a common saying that reminds us, “Mal de muchos, consuelo de tontos” (literally, “The sorrow of many is the fools’ consolation.”) Through the years, I remember that pearl of wisdom being used in the most diverse contexts. On my mother’s lips, it would usually hide a rebuke against a carefree sense of conformism stemming from a collective below-average performance at school, the sports field, or even church.

Jesus is calling every one of His children to become imitators of His grace.

Recently, I thought once more about that popular saying when pondering some of my fellow members’ spasmodic reactions to the January 27 executive order by President Trump, which enforces some substantial—if perhaps temporary—changes to refugees’ resettlement and immigration processes in the United States. As a result, a sizable number of my fellow believers are demanding the Seventh-day Adventist Church top leaders issue an official statement condemning the newest political developments. Other faithful members are unashamedly expressing their gratitude to the recently-inaugurated Commander in Chief, as they wonder why the Seventh-day Adventist Church official media outlets are not doing more to praise the first week accomplishments of the new Administration.

Those antipodal positions—and their more moderate variations—could make good material for a tragicomic production, but for the fact that some of those stationed at both sides of the ideological spectrum share not only the same faith, but very likely the same local church, and, at least in one case I know, the same Sabbath School class!

Is there any point where these two parallel positions—seemingly unbridgeable—might somehow intersect? Is there any hope for brothers and sisters sometimes so antagonistic to each other, so entrenched in their political opinions, to reunite?

Here I suggest a grid point is possible. In fact, I believe it’s found in the life and ministry of Jesus.

It’s All About Mercy

Here’s a summary of a well-known story.

Jesus goes to Jerusalem. He visits Bethesda (in Hebrew, “House of Mercy/Grace”), a water reservoir pool which some believed had magical healing properties. “A great multitude” of sick people roams around, waiting to jump into the water as soon as it started moving, in hopes of being healed. It’s the Sabbath day. Jesus chooses the most wretched of them all. He heals him. He leaves (see John 5).

Jesus’ course of action was one out of several options He had. Indeed, He could have (a) done nothing; (b) blamed the Jewish (or Roman) leaders for the situation; (c) made it a learning moment by lecturing against magical thought, the connection between personal sin and physical infirmities, etc.; (d) healed all the sick and suffering around the pool, thus becoming an instant celebrity (and very likely, shortening His ministry).

But Jesus would have none of it. Instead, He chose to defy every convention. He personalized the moment of grace. Not a blame game. Not a lecture. Not a sermon. Chose one. Healed one. Spoke by His actions.

As in the past, Jesus is calling every one of His children to become imitators of His grace. While on our own there is no way we can do everything, there’s a lot we can do. The possibilities out there are as varied as our interests and preferences. You and your family could very well choose at least one of the following options:

Take the ADRA Pledge to support refugees around the world and close to home (https://adra.org/refugees/).

Choose to contribute to one of the Seventh-day Adventist Church ministries—Prison Ministries (http://www.nadadventist.org/article/1073742496/ministries-services/ministries/prison-ministries), Adventist Ministries for the Deaf (http://www.adventistdeaf.org/), the Blind (http://www.christianrecord.org/), you name it—.

Adopt a child (by providing for her basic needs and education, or literally).

Volunteer more in causes that cater to the outcast, the destitute, the voiceless.

Reach out to one orphan, in your country or abroad.

Build personal bridges with a new immigrant family in your neighborhood.

Your rationale for springing to action should be even more important: No matter what you do, strive to follow Jesus’ example. Focus your efforts. Don’t lecture. Don’t condemn. Don’t expect the government to act. Defy worldly conventions. Choose one. Heal one. Speak by your actions.

Out of Our Comfort Zone

Which is easier? To leave our comfort zone and strive to improve the life of one person around us, or to defend our deepest and dearest convictions online or by posting—or chanting—witty slogans? If half the time personally spent surveying the blogosphere were used to engage our contemporary “Bethesda invalids,” the suffering souls around us would very soon notice. Our local churches would notice. The world would notice.

Certainly, there will be instances when we may be prompted by the Spirit to enter the public arena to defend our Bible-based principles and beliefs. Should the need arise, we have the assurance that the same Spirit Who prods us to act will even speak on our behalf (see Mark 13:11).

Meanwhile, let’s not get side-tracked in proving a point by disproving a fellow brother or sister. In situations like these, the sorrow of many may very well become the consolation of the wise.