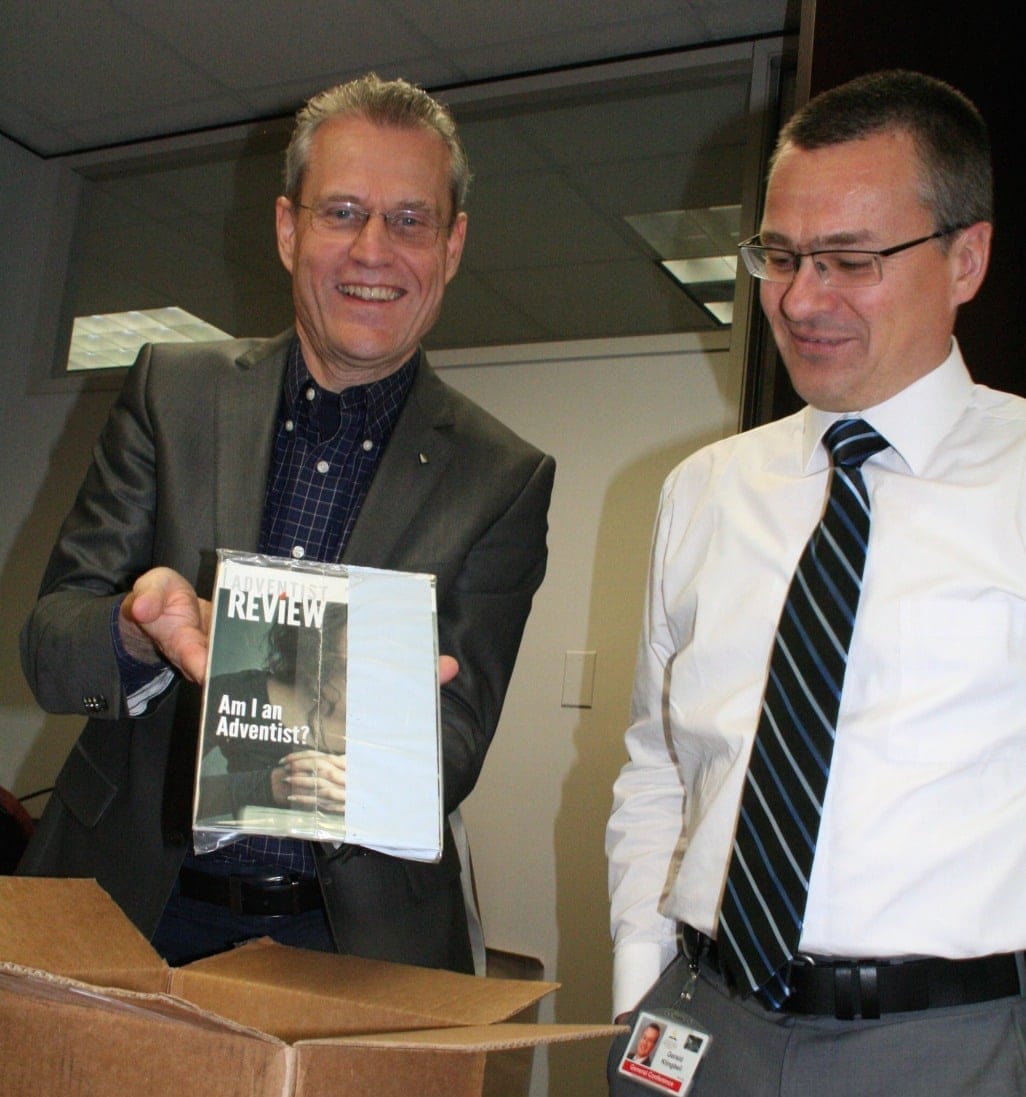 The Adventist Review, the 165-year-old newsmagazine of the Seventh-day Adventist Church, debuts in a redesigned, easy-carry edition with its April 2015 issue as it seeks to bridge its loyal reading audience to younger generations of Adventists.

The new magazine has swelled to 68 pages, compared to 32 pages previously, and an annual introductory subscription costs $19.95, about half the former price of $36.95.

Following up strong recommendations from the last three reader surveys over 10 years, the magazine is now published monthly, rather than three times a month, and is mailed together with KidsView, a popular sister magazine for 8- to 12-year-old children.

While the magazine may look completely different, its contents remain firmly based in biblical truth and the Adventist mission of preparing a people for Jesus’ return, said Bill Knott, editor-in-chief and publisher of the Adventist Review.

“James White was 28 when he launched this magazine; Ellen White was 22. They were aiming the clear, compelling truths of Adventism at other young adults and young families — and so are we,” Knott said.

“Long-time readers will find the same solid, Adventist content they have depended on for decades, while younger readers will find it all presented in a fresh, appealing design they’ll be glad to share with friends and neighbors,” he said. “The new monthly edition even has a guide for how to enjoy its great mix of inspiration, Bible study, news, and health information week-by-week throughout the month.”

Knott said he believed that the end result is a magazine that is practical and informative for all generations of Adventists.

Taking the lead in implementing the updated Adventist Review editorial policy, Knott authored the April cover story, “Am I an Adventist?” — which examines how Adventists have defined themselves from their roots in the 1840s through the present day. The article includes sidebars from prominent Adventist voices such as “Breath of Life” evangelist Carlton Byrd, It is Written Canada speaker-director Chris Holland, Review columnist Andy Nash, and Jesus 101 Biblical Institute speaker/director Elizabeth Viera Talbot. The cover feature is accompanied by several related stories, including a look at how the Israelites defined themselves in biblical times by Adventist Review associate editor Gerald Klingbeil.

Other well-known Adventists also contributed to the April issue. Gary Fraser, the principal investigator of the groundbreaking Adventist Health Studies, co-authored an article about Adventists and obesity, and Ella Simmons, general vice president of the General Conference, wrote the main devotional.

The magazine also has a section highlighting major church news, but editors are putting a stronger emphasis on the website, AdventistReview.org, for the latest news, news features, and news commentaries. Traffic to the website has more than tripled to an average of 300,000 hits per month in the past year, making it the most-read website in the Seventh-day Adventist Church. Every month, visitors come from all the world’s 230 countries except a handful, such as North Korea and Western Sahara.

Nearly half of the web traffic grows from the Facebook pages of Adventist Review and its sister publication, Adventist World, which have a combined following of more than 380,000 people.

Some exclusive content from the print edition will be available for free on the website, while the rest will be behind a paywall for subscribers only.

The Adventist World magazine will continue to be published monthly.

Editors settled on an introductory subscription price of $19.95 for U.S. addresses on the advice of focus groups, which emphasized that a price of under $20 was needed to grow readership, said Claude Richli, associate publisher and marketing director for the Adventist Review. The regular annual price is $26.95. The magazine is also offering a special price of $9.99 for six months for the rest of 2015. Rates for foreign addresses vary, but will be about half the former cost.

“These are the lowest subscription rates in memory,” Richli said.

At one point in the 1990s, the annual subscription price topped $50.

Richli said he was confident that the overhauled print edition would provide the information sought by current subscribers, most of whom are middle-aged or older, while filling the needs of a younger audience.

“The magazine’s new tagline is ‘It’ll travel with you,’” he said. “This lets our readers know that we want to be part of the lives of the most mobile generation in history and that we are committed to reconnect with our roots as a movement on a platform for spiritual growth through dialogue.”