Reaching the Needy, Non-Christians, and Teenagers 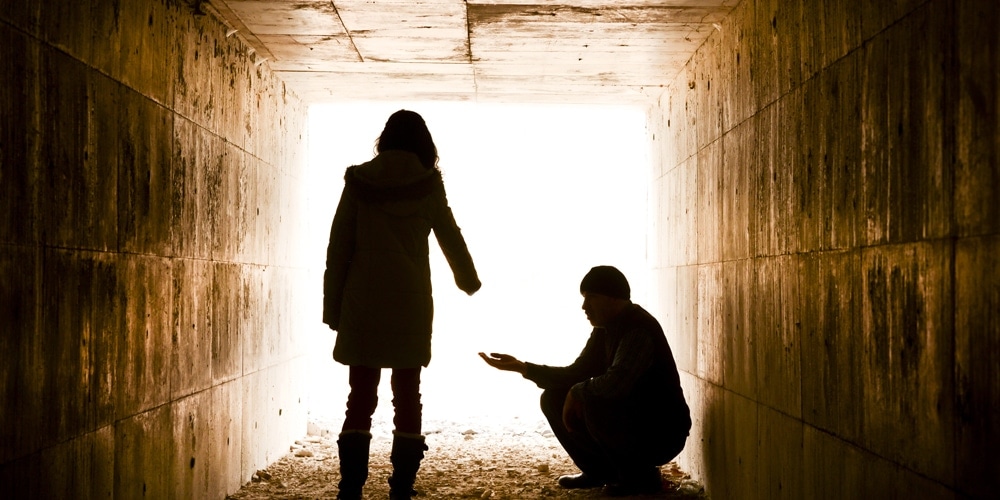 By: Neil Pule and Marcos Paseggi

It’s another night at the soup kitchen on the streets of Brisbane, Australia. The soup kitchen is part of the Vital Connection ministry, which runs 52 weeks a year, rain, hail or shine.

A team of faithful volunteers has gathered at the usual meeting place—the kitchen. Food is loaded, and the first words to the team are said for the evening.

The team is split between the two main roles it must fulfill: food preparation and serving. Although their functions are different, the result is the same—team members are all there to meet the needs of the “street needy.” Around 300 regulars are fed a three-course meal three nights of the week.

The team considers them as family; some have been coming for years, others come and go. The Vital Connection ministry continues to reach people who might never enter a church.

“I’ve been doing this for five years now, but the rewards and the experience are priceless,” said Neil Pule, the ministry’s Operations Manager, to Adventist Review. “It has taught me about leadership and management, and to be faithful, and to truly follow Christ.”

Volunteers come from different backgrounds and different beliefs; more than half of the volunteers are not members of the Seventh-day Adventist Church, but they are there to serve alongside church members.

“We are blessed to work alongside many different groups—Buddhists, Muslims, Sai Baba followers, Christians, atheists,” said Pule. “God has brought everyone together, and this is what the gospel is all about because Christ died for all of us.”

Vital Connection has been operating for more than 20 years. It all started when a man named Brian Beadnell saw a need out on the street, went home and made soup and served it out of the back of his car.

A few years later, the ministry came under the umbrella of ADRA Australia. It has operated out of several churches over the years, the last being Brisbane Central Seventh-day Adventist Church, until a year ago, when members had to start renovating their building. Since then, Vital Connection has had to relocate to a “meals-on-wheels” kitchen.

Despite these and other challenges, Vital Connection continued to facilitate unique opportunities to reach others from different walks of life and, and as important as the food is, it became vitally clear and necessary that a large van would be necessary to operate the ministry. The current van is simply called “Faith”—and it’s been a faithful workhorse for many years. Lately, the van has let the team know it needs a new gearbox and an engine rebuild.

Pule tells about a unique experience he had with a police officer out on the street one evening. There had been a commotion in the crowd just before the ministry van arrived. After getting to the usual place, he got up and said grace as usual. After grace, the unrest subsided as the plates and cutlery were handed out. And then he heard a voice, “Excuse me, sir, can I have a word with you please?”

Pule turned and was confronted by a burly police officer. He took me aside. I was a bit nervous as I didn’t know what I had done. He looked at me sternly, and asked, “Were you the one saying the prayer?” I replied, “Yes sir.”

He looked at me for a long moment before he spoke. “Thank you; I haven’t heard a prayer in public for a long time. I am a Christian as well.”

"I haven’t heard a prayer in public for a long time. I am a Christian as well."

He continued, “If there’s anything you need, just give us a call, and we’ll come down and support you.”

Vital Connection not only provides for the homeless out on the streets but also enjoys opportunities to connect with others.

Reaching Out, Reaching In

Those who have worked in the ministry over the years have witnessed changes in attitudes and behaviors toward the service it provides to the disadvantaged on the street.

Years ago, attitudes were sometimes strained, and people became impatient. The team always pauses to have grace over the food before it is served, but often people were rowdy and loud. Over time, however, as they felt the genuineness of the heartfelt prayer over their food and for them, they became more orderly and respectful.

But Vital Connection not only is reaching out but also reaching in.

One volunteer had been part of the team on a regular basis for the past two years. He was not a Christian but had faithfully served as part of the team in whatever capacity was needed. One night, when we had all gathered together for final prayer, he was selected to say the prayer. His prayer was straight from the heart.

Near the end of last year, he shared with Pule that he had started attending a local Adventist church. In February, during an altar call, he stood and accepted the call for baptism.

Following the core principles of Total Member Involvement, an initiative by the world church to encourage every member to find ways of sharing Jesus with others, Vital Connection is transforming not only non-Christian volunteers but also some church supporters.

“I've seen the changes of mindsets in my teenage son and nieces and nephews since bringing them to the soup kitchen,” said team leader Mady Taue. “They are no longer ashamed to pray in public, and my 16-year-old niece quit her job because they wouldn't let her have Friday nights off.” She also told how those teenagers have now developed a keen interest in mission trips and are looking forward to starting teen Bible studies soon.

When Adventist Review asked Taue how Vital Connections has impacted her individually, she did not hesitate for a second. “It has certainly changed my whole life!” she said.

An original version of this story was published in the South Queensland Conference’s Focus.