A pastor in the U.S. state of Michigan was making an appeal for Nepal earthquake donations on Sabbath when the unimaginable happened: an earthquake shook the church.

Michael Taylor, pastor of the Paw Paw Seventh-day Adventist Church in Lawton, in southeast Michigan, was asking for funds for the Adventist Development and Relief Agency’s relief efforts in Nepal, which was devastated by a 7.8-magnitude earthquake exactly a week earlier, on April 25.

“Sixty-six hundred people have lost their lives in Nepal because of the devastating earthquake that happened there. There is relief work going on,” Taylor said when the church began to sway.

Footage from a YouTube video uploaded by the church shows the camera shake.

“I don’t know what that is either,” he said to chuckles from the audience. “So just act natural, just casual, play it off. It’s OK”

He then returned to his plea for donations.

Michael Taylor, pastor of the Paw Paw Seventh-day Adventist Church in Lawton, in southeast Michigan, making an appeal for Nepal relief when the earthquake struck on Sabbath, May 2. The shaking starts about 0:25.

Only later did he and the other church members learn that a 4.2-magnitude earthquake had rattled southern Michigan at 12:23 p.m. for five to 10 seconds. No injuries or damages were reported from the quake, whose epicenter was about 30 miles (50 kilometers) west of the Paw Paw church.

The biggest earthquake in Michigan’s history had a 4.6 magnitude and struck at nearly the same location in August 1947, according to CBS Detroit television, which carried a report about the Paw Paw church.

“Our church is located close enough to a main road that we’re used to big trucks coming by and shaking the church a little bit, but when it didn’t stop shaking I realized that something was going on,” Taylor said in an interview with WWJ Newsradio 950.

“I don’t know if you want to call it a divine sense of humor or what, but I saw that and thought, ‘That’s just, that’s amazing to me,’” he said, describing his reaction upon later finding out about the earthquake.

Incidentally, the motto of the Paw Paw church, prominently displayed on its website and Facebook page, is “A Church of Refuge.”

“Pastor Taylor’s appeal for Nepal earthquake relief through ADRA today had some extra emphasis thanks to our very own magnitude-4 earthquake!” the church said on Facebook.

ADRA responded to the news by posting a big “Wow!!” on its own Facebook page.

“We are thankful for the support, but even happier that everyone is safe and sound,” it said. “Happy Sabbath!”

Read the latest about Adventist efforts in Nepal:

“Adventists in Nepal Timidly Return to Church After Quake” 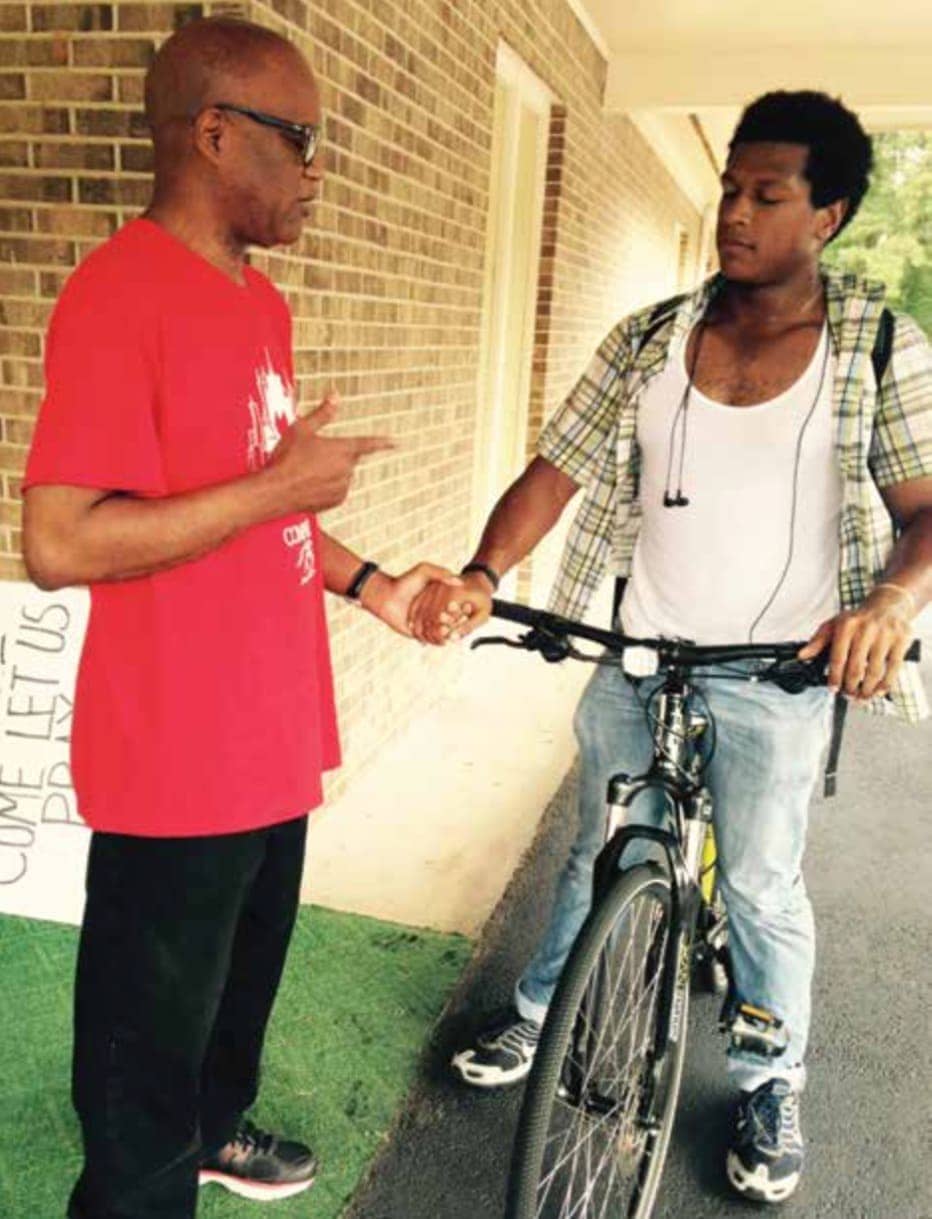